Trogir is a small town located in the Split-Dalmatian County and is situated on a small island which is connected by two bridges with the mainland. The historical core of Trogir, which can easily be explored on foot in a few hours, is a unique monument of culture, and was therefore included in UNESCO’s World Heritage List in 1997. Nice squares, narrow beautiful streets, impressive churches and a fortress make it a perfect day trip destination from Split if you want to escape the crowds and visit a traditional Dalmatian village.

The Cathedral of St. Lawrence was built in the 13th century and with its arched layout, three naves and 47m high church tower it is the heart of the town. To visit the interior you will pass an amazing Radovan doorway, which was built in 1340. 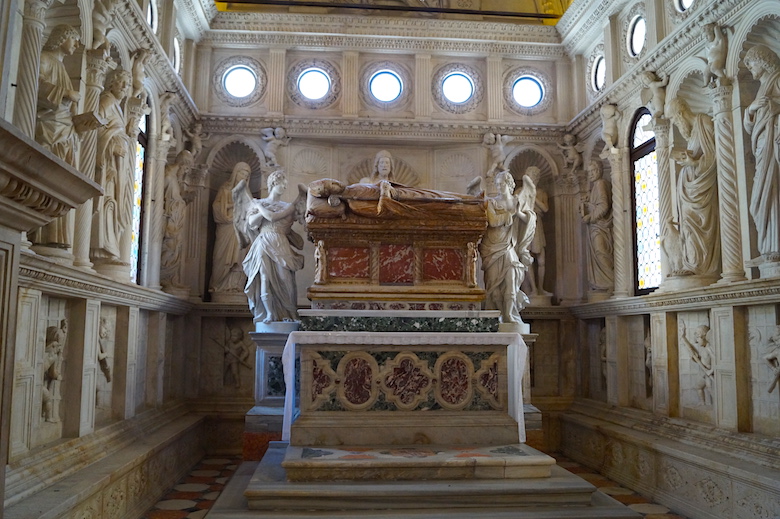 The main square of Trogir has a lot to offer, because most of the important sights are around the square. Dont’s miss the beautiful Cipiko Palace, the City Hall and the Old Town Clock. 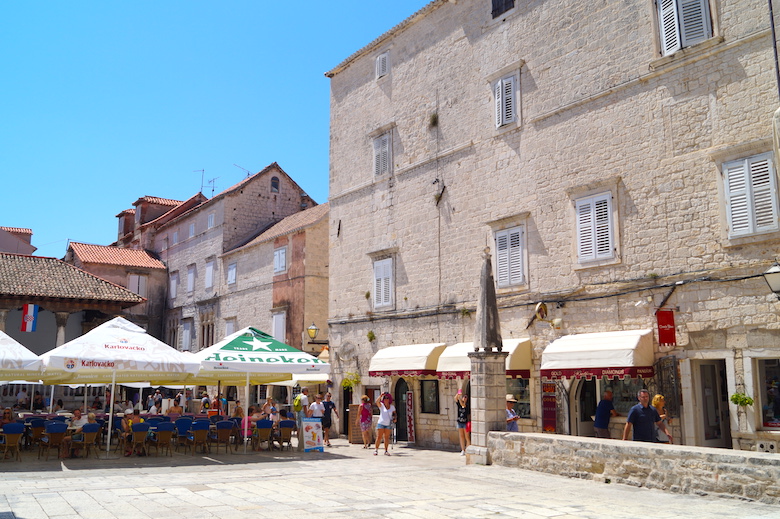 To enter the old town of Trogir, the best way is to pass either the North Gate, which is guarded by a statue of the protector of the town St. Ivan Trogirski, or the South Gate with its huge wooden gate, which faces the sea. 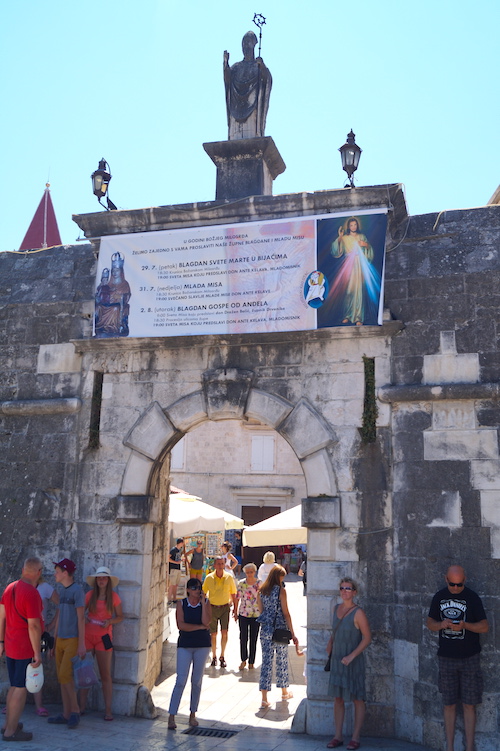 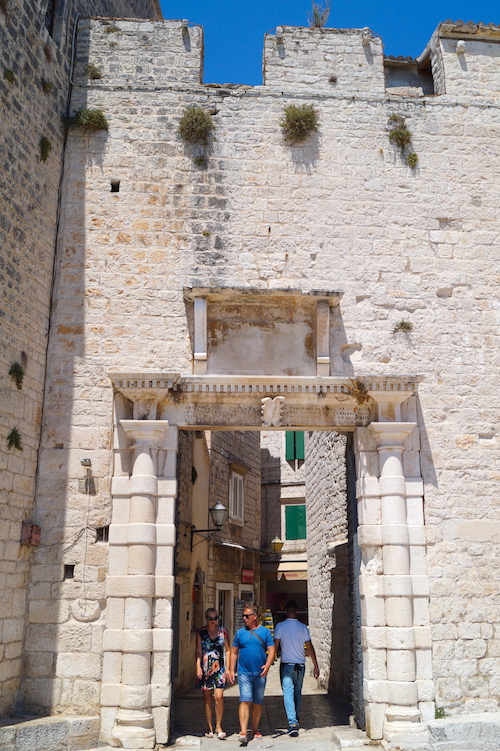 The Streets of Trogir

The best way to discover Trogir, is by wandering along the narrow streets with their stores and restaurants, which make you feel like being trapped in a maze. 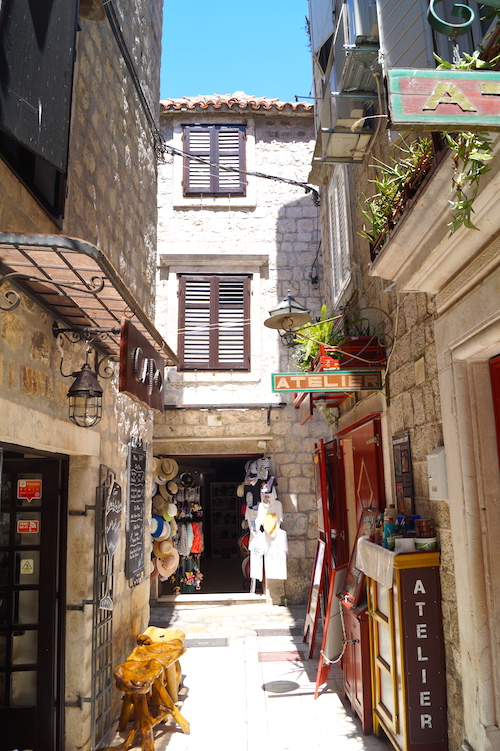 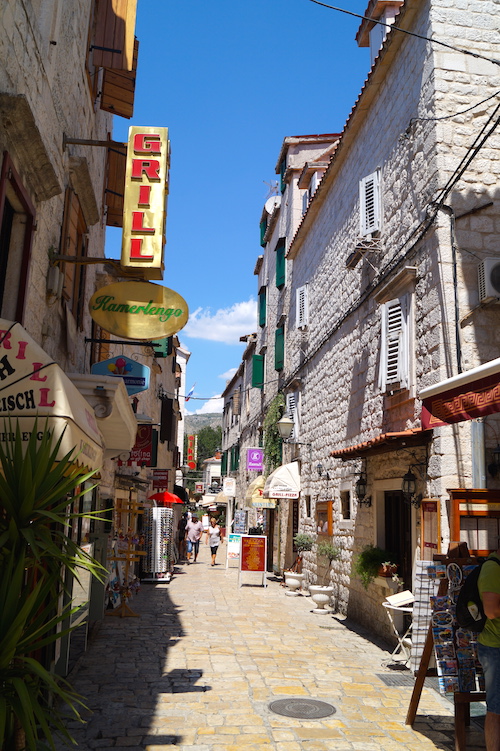 Outside of the walls you can stroll around the harbor promenade where you can grab a bite in one of the numerous restaurants or just observe the boats and cruise ships that stope here. 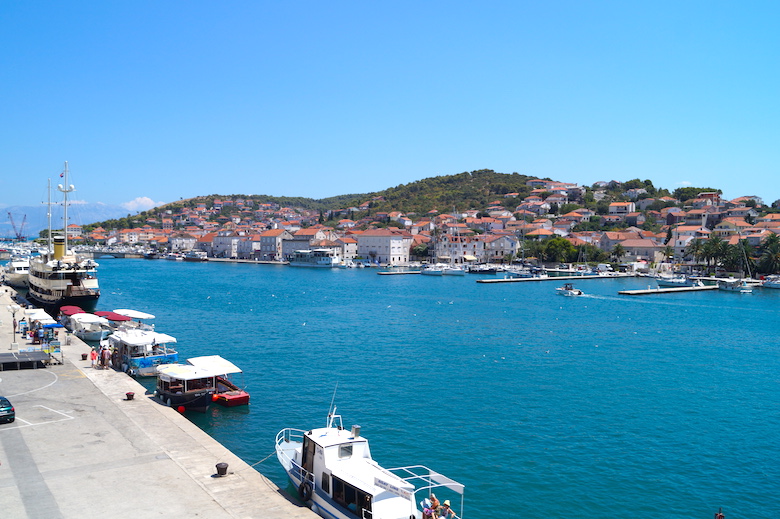 The Fortress of Kamerlengo was built in the mid-15th century by Marin Radoj as part of an expansion of the Veriga Tower, built on the site in the late 14th century. As part of the defense system, the fortress was surrounded by a ditch filled with sand. Today the castle’s interior courtyard is used as a summer stage and open-air cinema. You can climb to the top of the tower and enjoy the view. 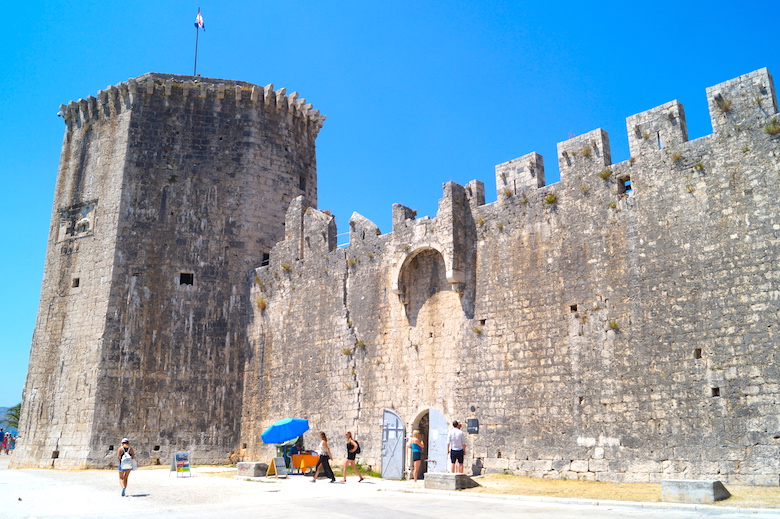