Seoul is South Korea’s capital and one of the biggest cities in the world. Around 10 million people are living in this dynamic city that was rated in 2015 the most livable city in Asia. Seoul is quite fascinating because you can feel the traditional way of life in the temples and on the markets and at the same time the modernity in the numerous shopping districts and by looking at the Seoul people. Seoul’s population, especially the younger generation, is stylish and fashion-conscious and you can definitely see the Western influence. I stayed two days in the city and had enough time to see the different districts, but if you can add one or two days you don’t have to rush as it was my case. Here are the best things to see in Seoul.

Gyeonbokgung palace is the largest of the five grand palaces built by the Joseon dynasty and for me it was also the most beautiful one. 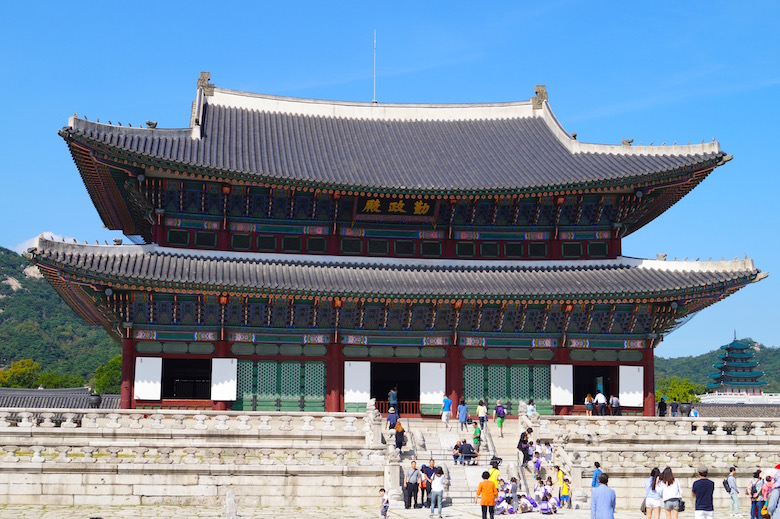 This tower, which is 243 meters high, opened in 1980 and is one of the major tourist attractions in the city. You can go up to have an excellent view over the city. Especially in the evening you can admire the sunset and the illumination of the city. In front of the tower you will see thousands of love locks, because the tower is famous for couples from around the world. 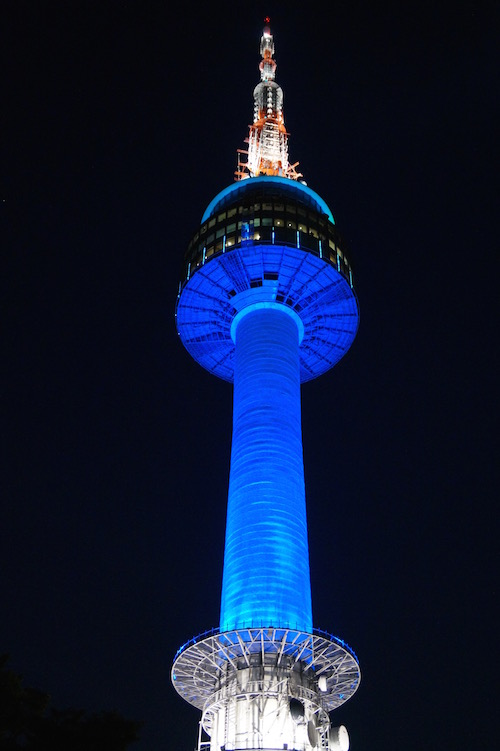 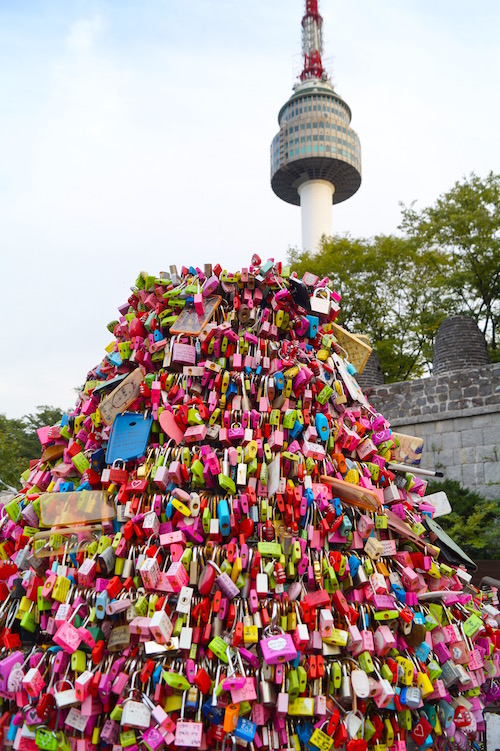 This typical Korean market has everything from clothes to fruits. Especially the food corner is an interesting place to taste the food specialities of the country. 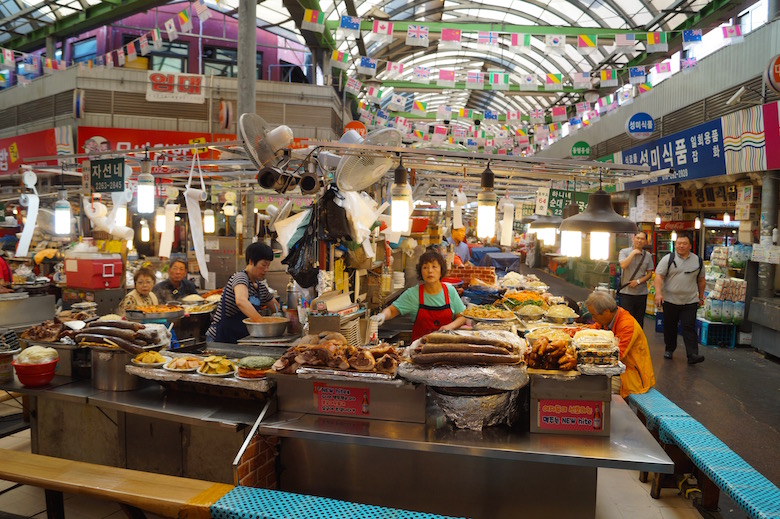 Another one of the five grand palaces and my second favourite one. The Secret Garden behind the palace can be visited with a guide at certain times of the day. 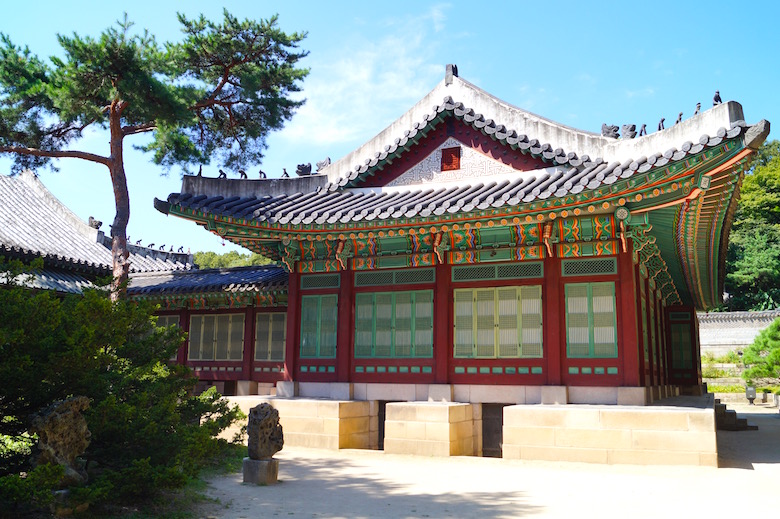 Next to the Changdeokgung palace lies the pretty Bukchon Hanok Village with hundreds of traditional Korean houses called Hanok. Buy some souvenirs, drink a coffee or just get lost in the small alleys. 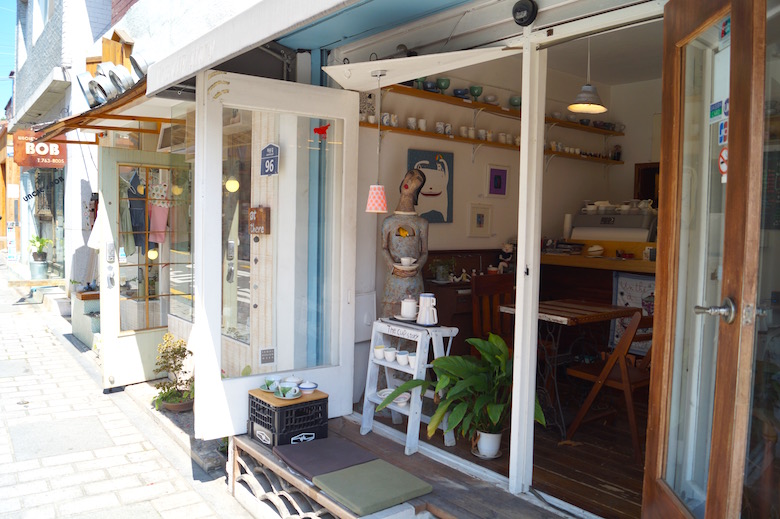 One of Seoul’s most impressive landmarks is the Dongdaemun Design Plaza, which houses exhibition halls and convention halls. Also the park is really nice and definitely worth to walk around. 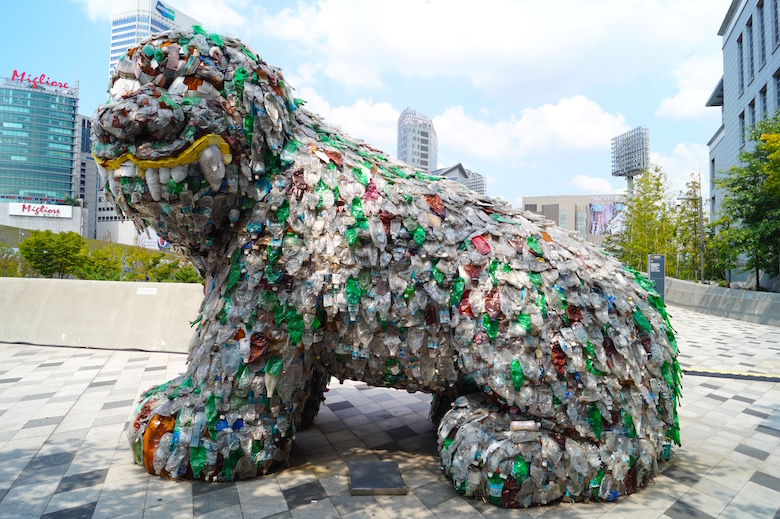 Bongeun-sa is a really famous and important Buddhist temple in Seoul. Don’t miss the gigantic and impressive statue of Mireuk Daebul on the left side of the main entrance. 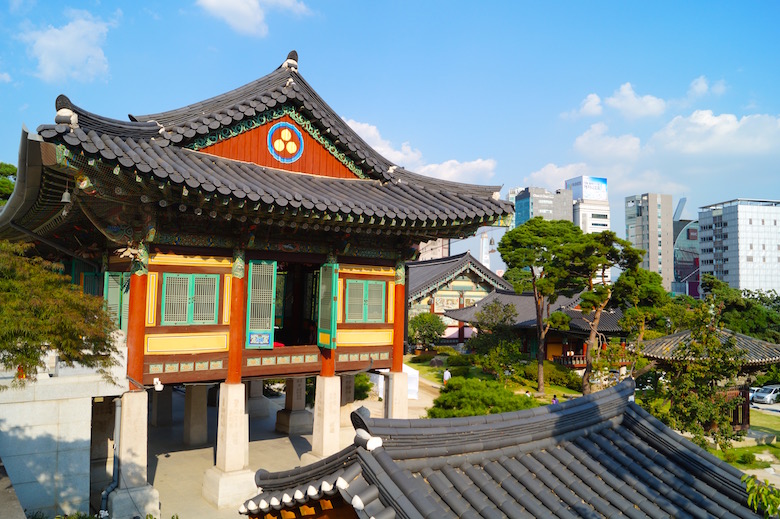 In 1988 Seoul hosted the Olympic Games and this park is what remains of this event. You can easily spend one to two hours walking around the park. 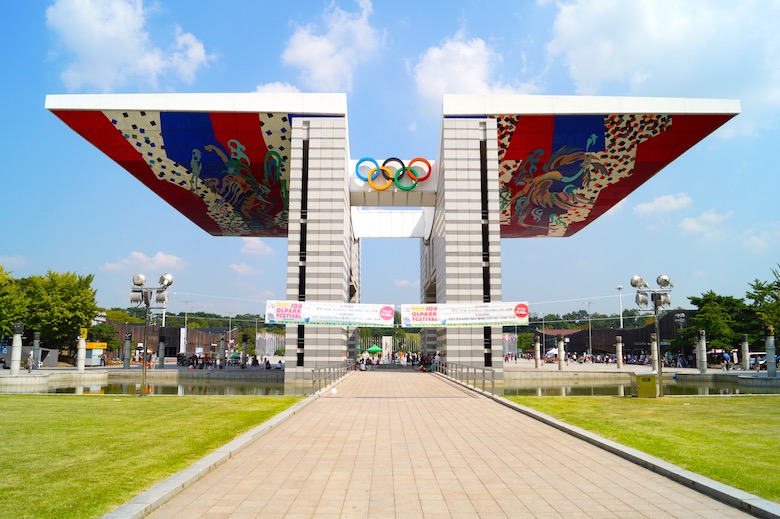 Jongmyo is a Confucian shrine and can only be visited with a guide. There are a few tours a day in English. 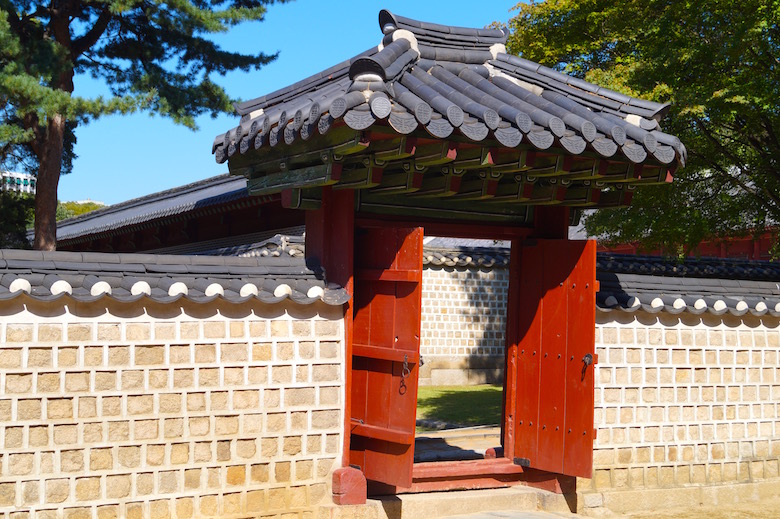 In the city center, not far away from the Cit Hall, you can find this cosy recreation space which is today very popular among tourists and citizens. Walk along the stream and cool down your feet in the water. 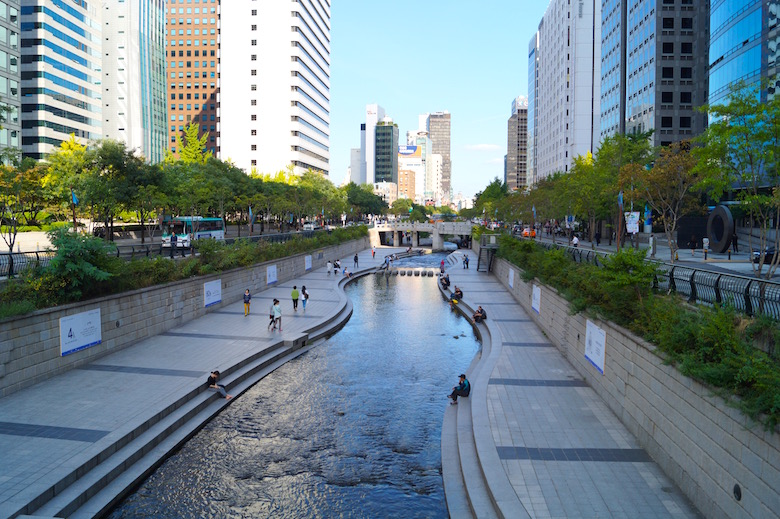 This palace is different than the other four of the five grand palaces, because it has traditional and Western style buildings. 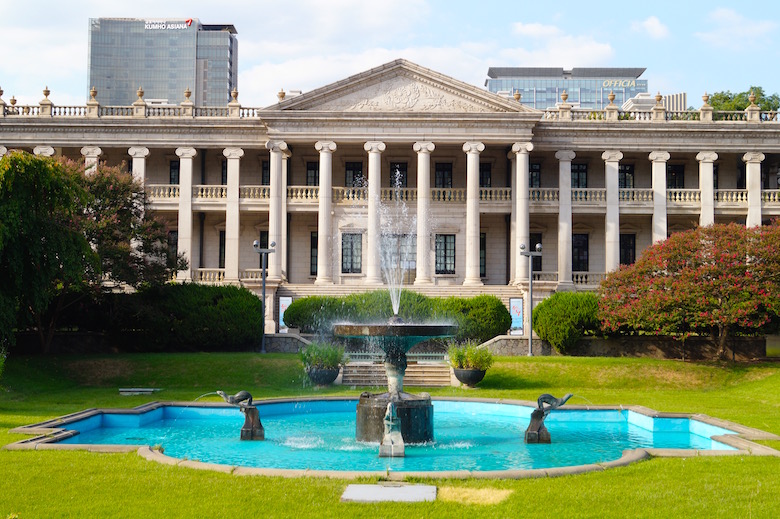 If you wanna relax a little bit Seonjeongneung is the perfect place to do so. This nice park houses three important tombs of former Kings and Queens. 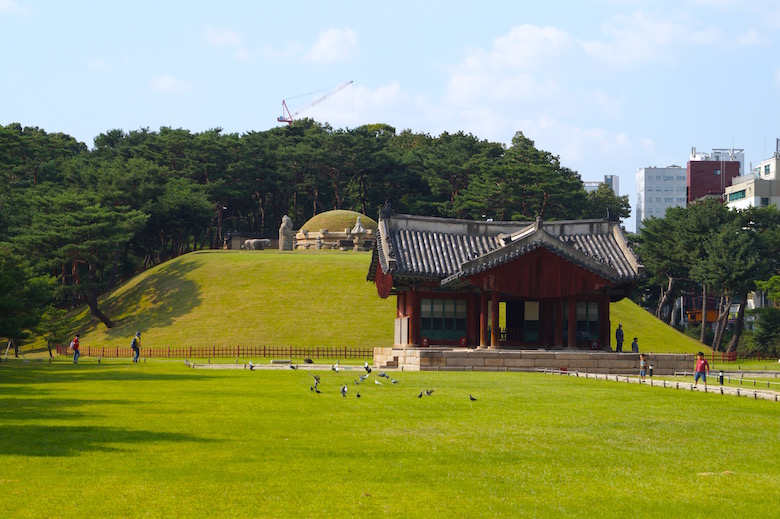 You can access this museum for free and visit the exhibitions or just admire the traditional buildings and statues in the park. 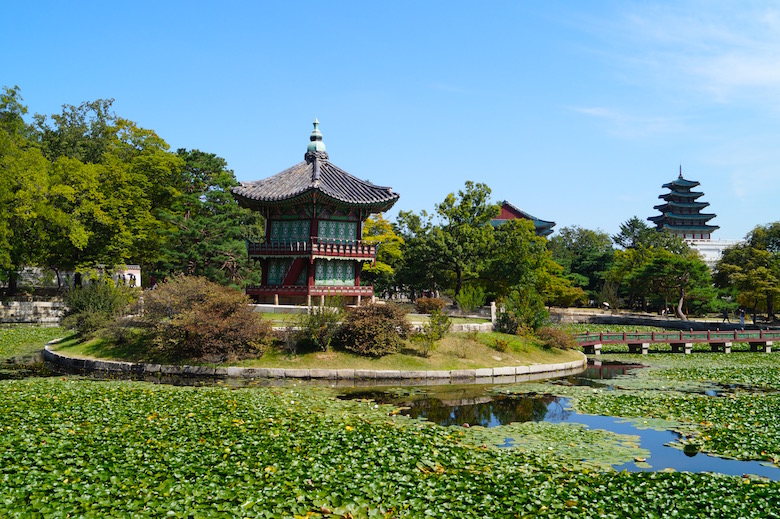