Jerusalem, one of the oldest cities in the world, is the capital of Israel and a holy city to Christianity, Islam and Judaism, as it is the home of sanctuaries of those three religions. It is one of the cities that has changed the most during the last century as its population rose from 53,000 in 1917 to over 800,000 in 2017. As the largest city in the country, Jerusalem is divided in many different neighborhoods. Tourists will spend most of their time in the heart of historic Jerusalem, with its narrow streets, colorful markets, monasteries, synagogues, churches and mosques. It is surrounded by a wall of the 16th century, which can be partly visited. East Jerusalem is dominated by the Arabic influence and  West Jerusalem, with its Jewish districts, is the seat of the Israeli government and the district where tourists will find most of the western style restaurants and hotels. I spent two days in the city, but could have easily spent one week in Jerusalem. All the history I felt in the city, all these amazing sights, the fantastic architecture and the unique atmosphere made it one of the best cities I’ve ever visited. As I was traveling alone, I was a bit concerned before visiting Jerusalem, but in every part of the city I felt very safe. Here are my personal top things you have to see in Jerusalem:

Dome of the Rock

The famous Dome of the Rock on the Temple Mount is one of the largest sanctuaries and the oldest preserved building in the Islamic world. With its distinctive golden dome, it is widely visible and now a significant landmark of Jerusalem. The Dome of the Rock is neither a cathedral nor a mosque, but a shrine. The golden dome was built over the rock from which Prophet Mohammed, according to the Islamic faith, had made his way to heaven. Also in Christianity, this rock dome has meaning, as it is the place from the Old Testament, on which Abraham was asked by God to sacrifice his son Isaac to test him. Before entering the site, every visitor is subject to a physical examination. Come early in the morning or around noon to avoid the crowds. 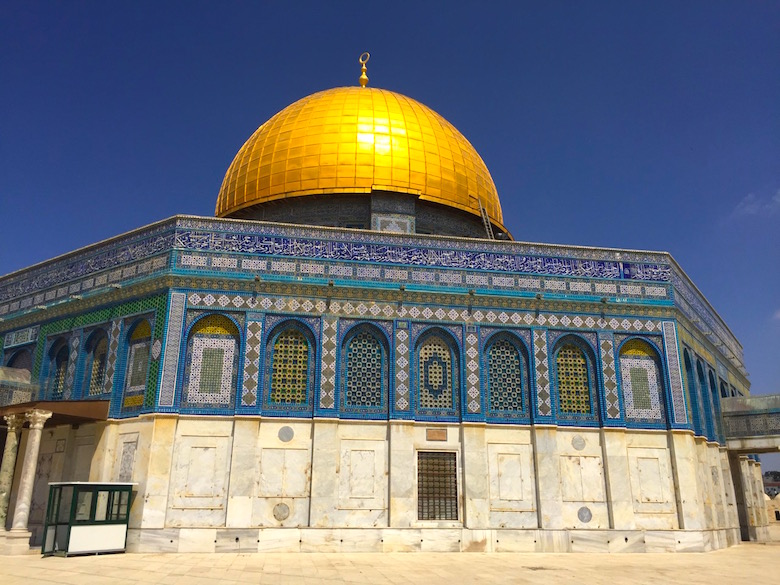 The Western Wall, which belonged to the destroyed temple complex of the second temple in Jerusalem and is about 50 meters wide,  is the most holy place of faith for Jews. It is the last remnant of the ancient temple complexes in Arabia, built on the ruins of the Temple of Solomon.  For the Jews the former temple represented the place where God came to the religious people. This results in the ritual of placing small pieces of paper with blessings and prayers in the crevices of the masonry, assuming that God retrieves the news from there. In addition to the devotional prayers, which are celebrated by the religious Jews in a special attitude in front of the wailing wall, the site can also be used for Jewish weddings and festivities. 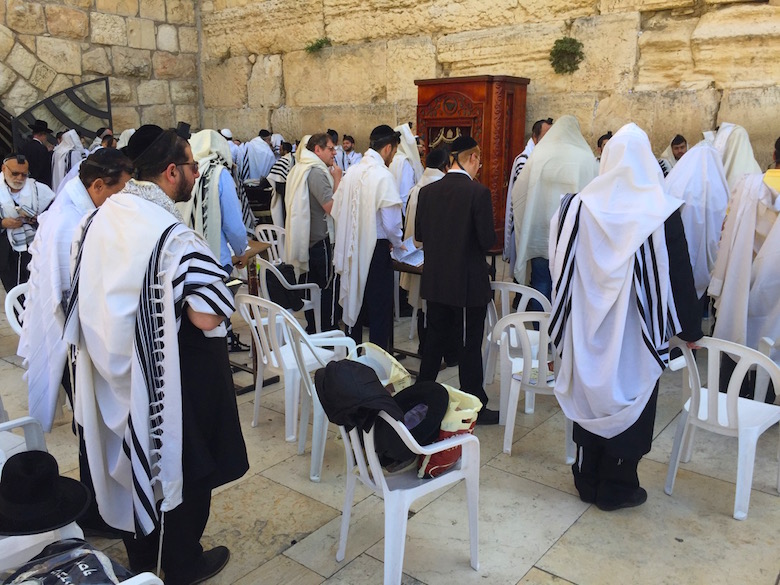 The Tower of David is an ancient citadel located right next to Jaffa Gate.The citadel was already built in the 14th century and was extended by Sultan Suleiman around 1537. Today, the citadel houses the Tower of David Museum of the History of Jerusalem, which was opened in 1989. From the top of the tower you also have breathtaking views over the city of Jersualem. 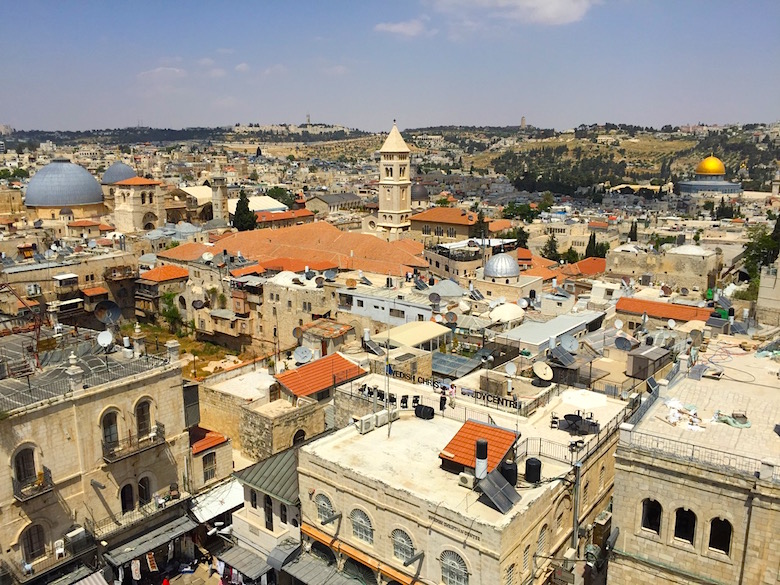 The City of David is the oldest populated part of Jerusalem and the most important archaeological site of the biblical Jerusalem. It stretches over a mountain ridge south of the old town of Jerusalem, very close to the Western Wall. Today, the City of David is a national park where visitors can visit the remains of impressive residences of former inhabitants, fortresses and underground tunnels from Biblical times.The main attraction is a 2,700-year-old water tunnel built by King Hezekiah, which was supposed to ensure the water supply of Jerusalem. It is a lot of fun to walk along the water tunnels, but be aware that it can get wet and quite narrow and dark from time to time. 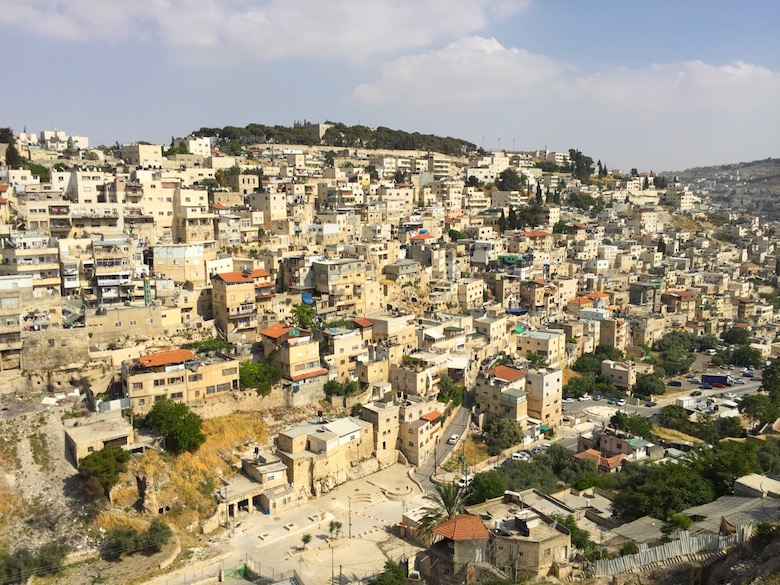 Mount Zion is a hill that is located southwest of the ancient city walls. For Christians, Mount Zion plays a very important role, as it is the place where Jesus celebrated the last supper before his suffering and death. It also possible to visit the room of the last supper. The other highlights of Mount Zion are King David’s Tomb and the magnificent Abbey of the Dormition. 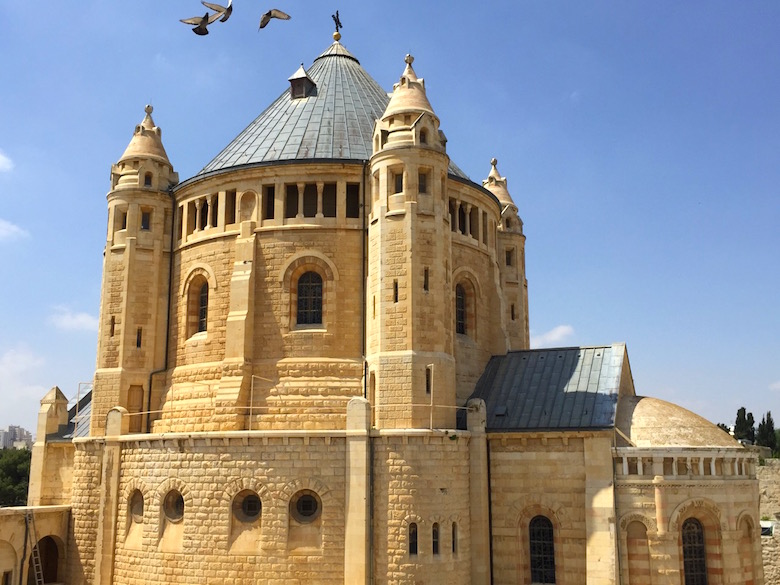 Church of the Holy Sepulchre

The Church of the Holy Sepulchre, which is located in the old part of Jerusalem, is one of the greatest sanctuaries of Christianity, because it is located right at the place where Jesus got crucified. Today, the Holy Sepulchre is located in a chapel, which stands in the center of the rotunda beneath the larger of the church’s two domes. To visit the chapel you need be very patient, as it can get very crowded. 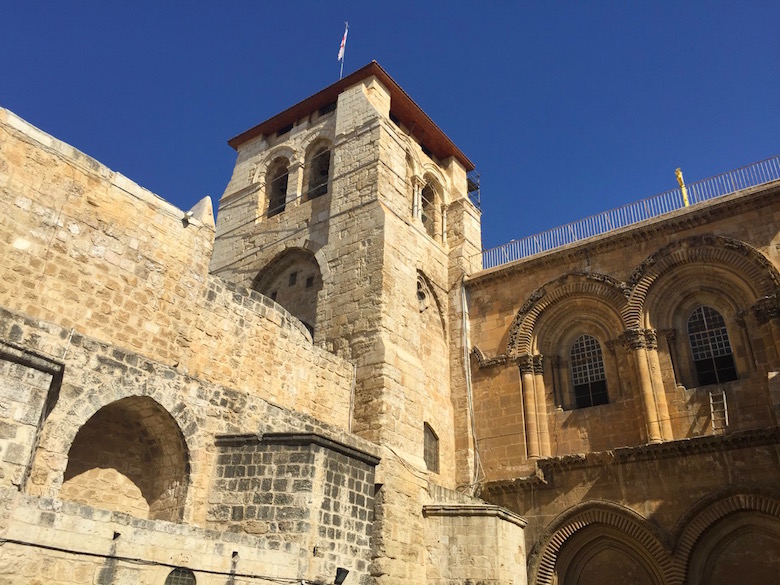 Jerusalem’s Souq stretches over the Christian and Muslim quarter of the old town. As one of the oldest souqs in the entire Middle East – its tradition dates back to the Ottoman era – it continues to sparkle old-fashioned flair, but mixed with a lot of souvenir stands for tourists. So you can find traditional food as well as T-shirts, Arabic Shisha pipes and some quite squeaky city souvenirs in the old market vaults and narrow sales alleys. 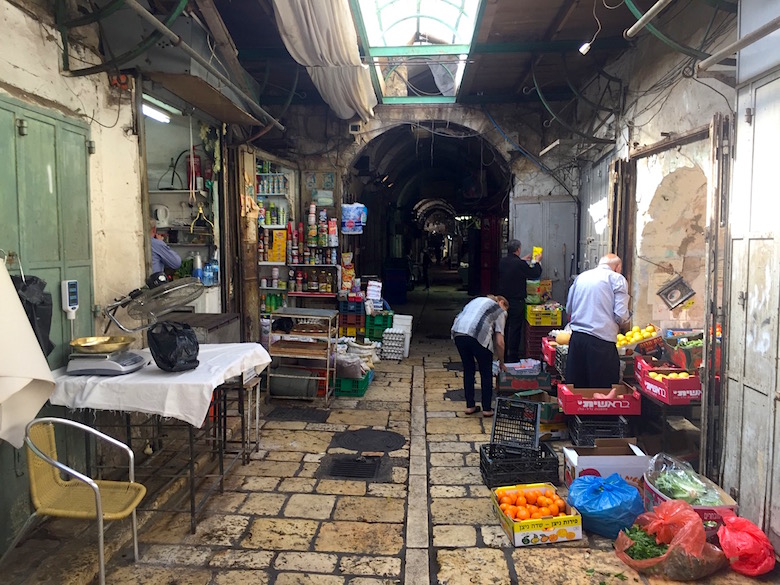 Davidson Center houses some of the most fascinating and important archaeological finds from the period of the Second Temple. One of the highlights is a wide and impressive street near the Western Wall, that apparently was  the main road of the area and was often visited by pilgrims, tourists and sages such as Rabbi Yohanan Ben Zakkai and Rabbi Akiva. Other highlights are a drainage canal that was found under the road and a museum which shows the most important finds discovered during the excavation work in the area. 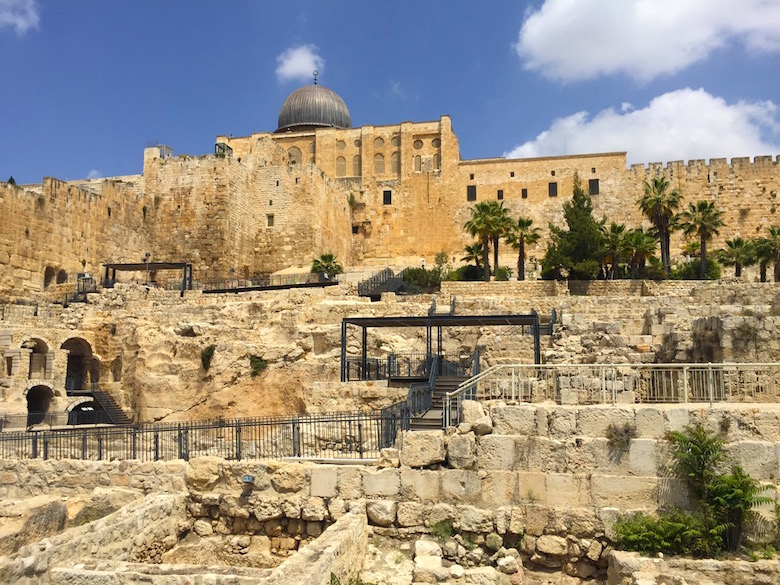 East of Temple Mount arises Mount of Olives, a 809 meter high hill, which is one of the most important places in the Jewish, Christian and Islamic world. Several key events in the life of Jesus, as related in the Gospels, took place on the Mount of Olives, and in the Acts of the Apostles it is described as the place from which Jesus ascended to heaven. On the hill you will find two of the most visited churches, the Church of All Nations and the pretty Russian Orthodox Church of Maria Magdalene. From the top of Mount Olives you have an excellent view over the old part of Jerusalem. 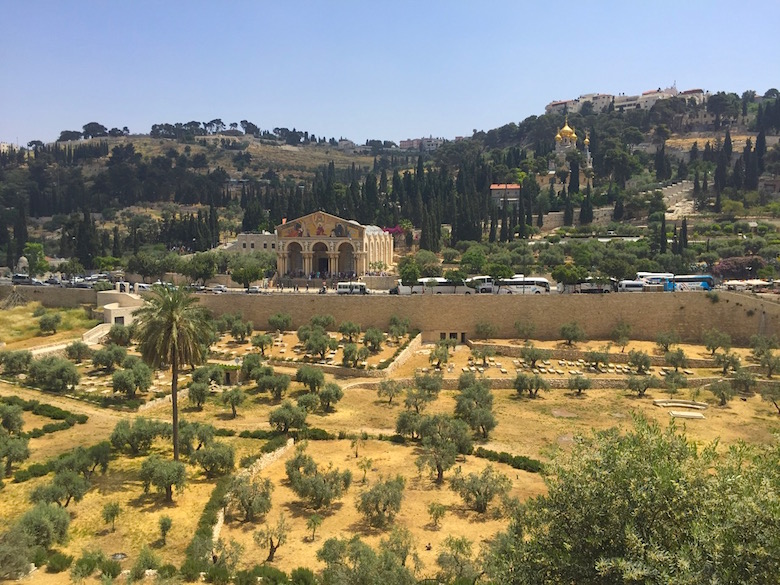 Kidron Valley separates the Mount of Olives from the city of Jerusalem. Jesus often crossed this valley when he entered the temple through the “Golden Gate,” or when he climbed the Mount of Olives. Today you can visit the huge Jewish cemetery and also admire four ancient tombs, the Tomb of Absalom, the Tomb of Zechariah, the Cave of Jehoshaphat and the Tomb of Benei Hezir. 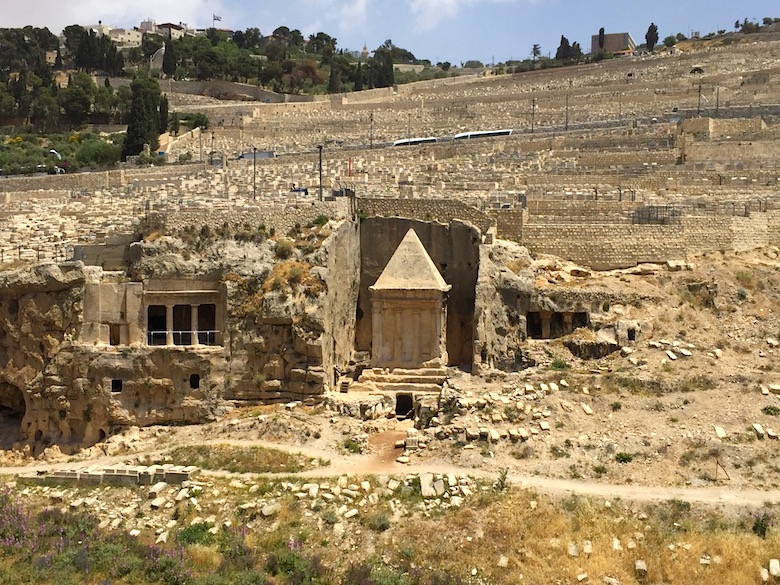