Vientiane is the capital of the Lao People’s Democratic Republic and has about 350,000 inhabitants. The city is located on the banks of the mighty Mekong River and is often referred to as the most relaxed capital in the world. The legacy of the French colonial era can still be felt in many places in the city. French bakeries and colonial buildings characterise the city center. With its wide streets and relaxed atmosphere, Vientiane is a great place to stroll. I spent two full days in the city exploring lively markets and great sights. In addition, the eating scene in Vientiane is a thriving one, so that I had the chance to taste various delicacies. Check out the 5 top things to do in Vientiane.

The 49-meter-high triumphal arch is often compared to the Arc de Triomphe in Paris and is probably the best-known attraction of Vientiane. Patuxai, located at the end of Lang Xang Avenue, was built to commemorate the fallen soldiers. You need to climb seven floors to reach the visitor platform and enjoy a great view of Vientiane. 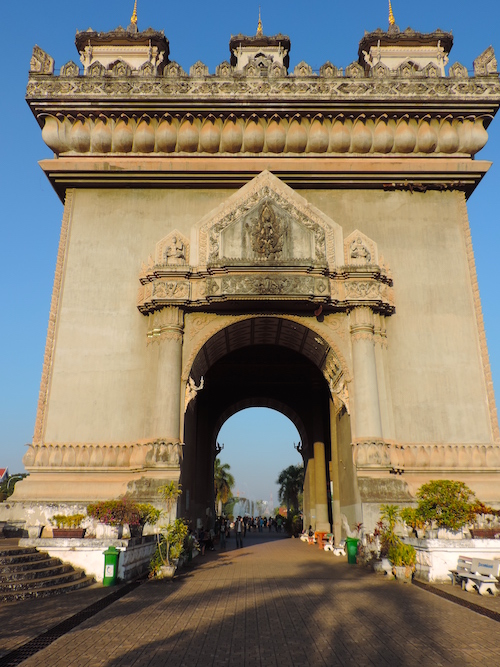 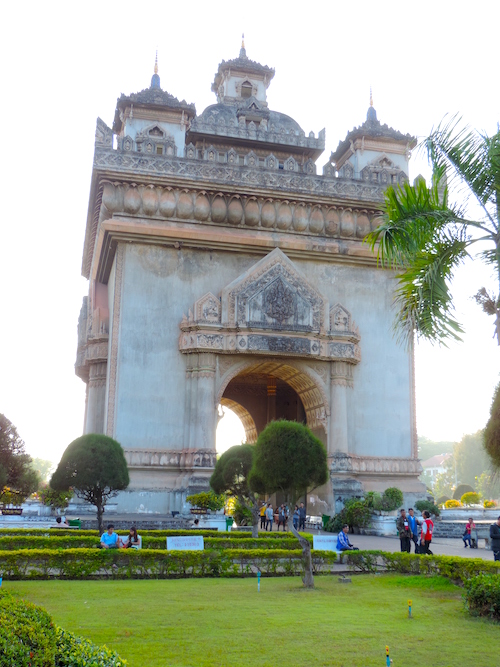 Pha That Luang is a large gold-covered Buddhist stupa built in the 16th century. It is the most important religious monument of Laos and is surrounded by 30 smaller stupas. The colourful temple interior contains several Buddha statues. In November, the largest festival in the country takes place in the temple. Monks from all over Laos make the pilgrimage to Pha That Luang to attend offerings, processions and many other events. 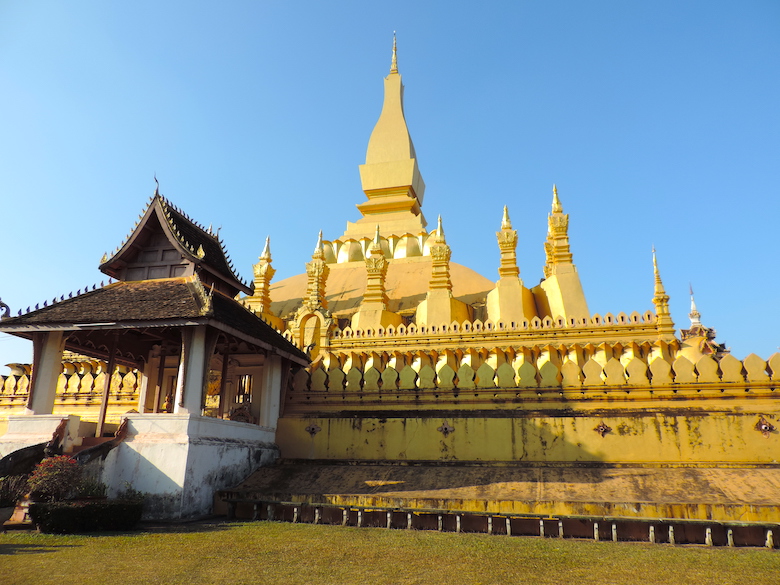 The Buddha Park is definitely one of the most extraordinary sights in Southeast Asia. The park was created by shaman Luang Pu Bunleua ​​Sulilat in 1958. There are more than 200 curious Hindu and Buddhist sculptures in the park. They mainly represent animals, humans and Asian gods. Some of them can even be climbed. The most imposing figure is the approximately 40 meters wide reclining Buddha. 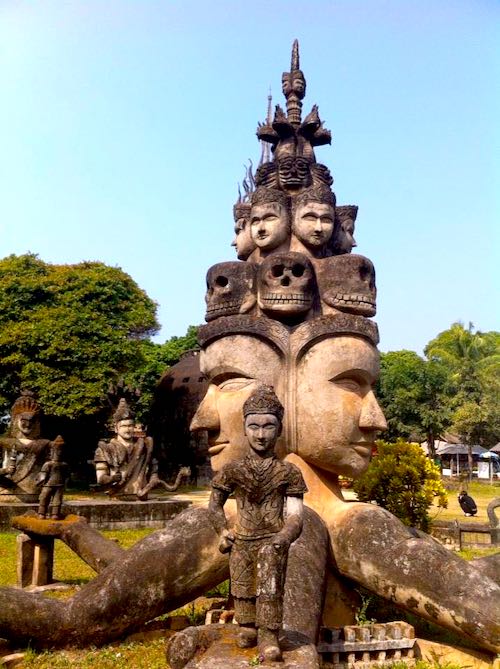 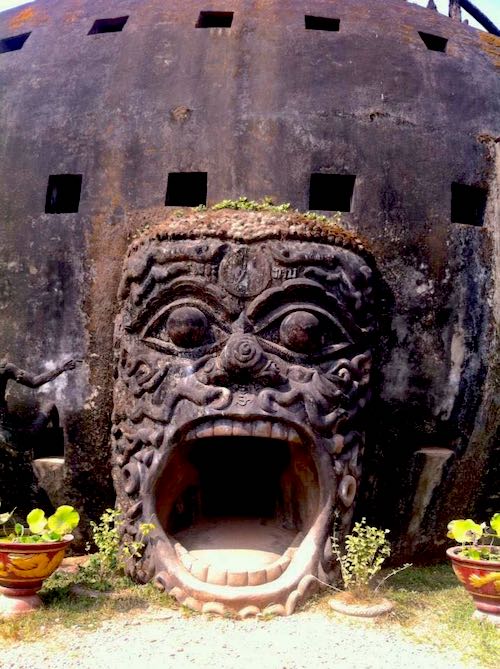 The Buddhist temple Wat Si Saket is the oldest temple of Vientiane. It was built by the last king of Vientiane in 1818. Wat Si Saket is best known for its more than 10,000 beautifully crafted Buddha statues. The temple interior shines with chandeliers, old paintings and its unique wooden ceiling. 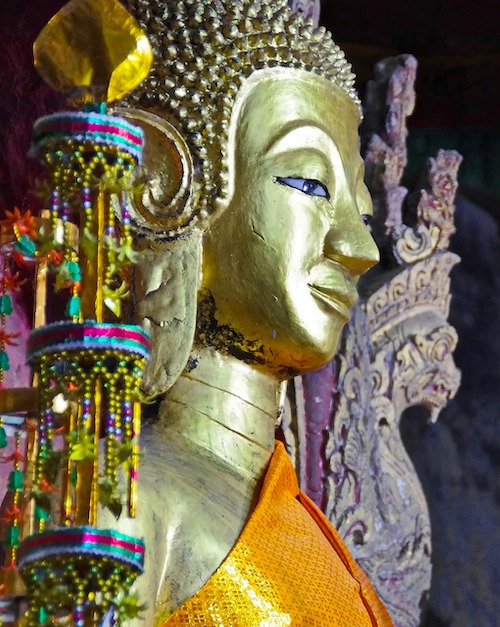 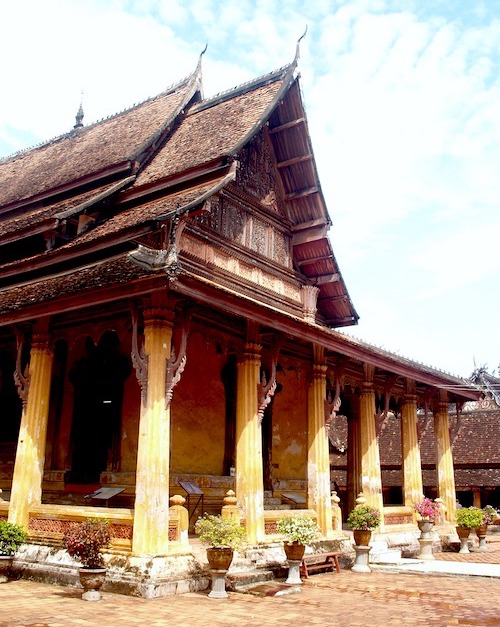 Haw Phra Kaew is a former temple and was built in 1565 by King Setthathirath. The temple once housed the famous Emerald Buddha, which can be found today in the city of Bangkok. Inside the temple, there is now a museum displaying numerous Buddha statues and allowing visitors to learn more about Buddhism and Lao handicrafts. 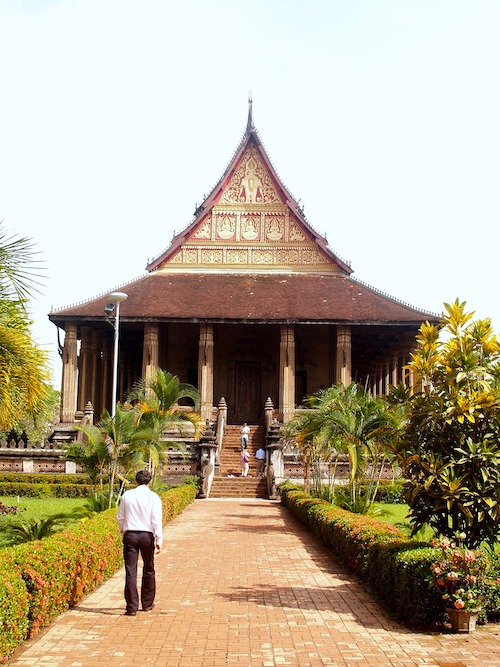 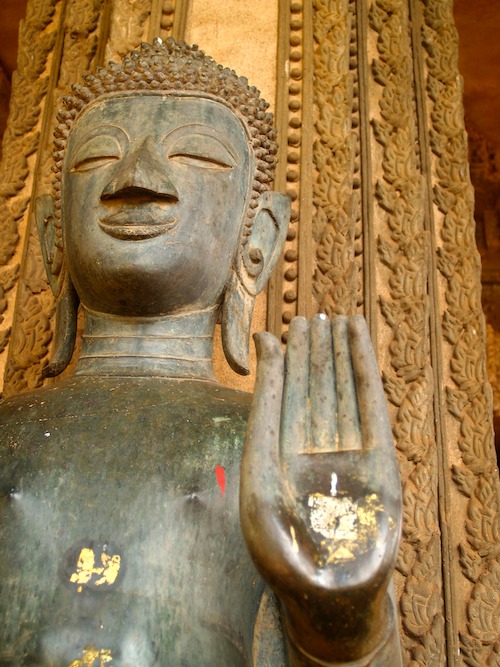