With around 3 million inhabitants, Rome is the capital and the cultural center of Italy. Rome is also known as the “Eternal City”, as the city has always played an important role in more than 3000 years of history. Numerous magnificent buildings, ancient ruins and beautiful squares testify to the former power of the Roman Empire. Rome is renowned for its excellent and well-known sights. Check out the top 10 things to see in Rome.

With more than 6 million visitors a year, the Coliseum is one of Italy’s biggest tourist attractions. In Rome’s largest amphitheater, not only gladiatorial and animal fights took place, but also performances by acrobats and other artists. The Coliseum is 48 meters high and formerly had three floors and 50,000 seats. The regular entrance fee for the Coliseum is 14 €. 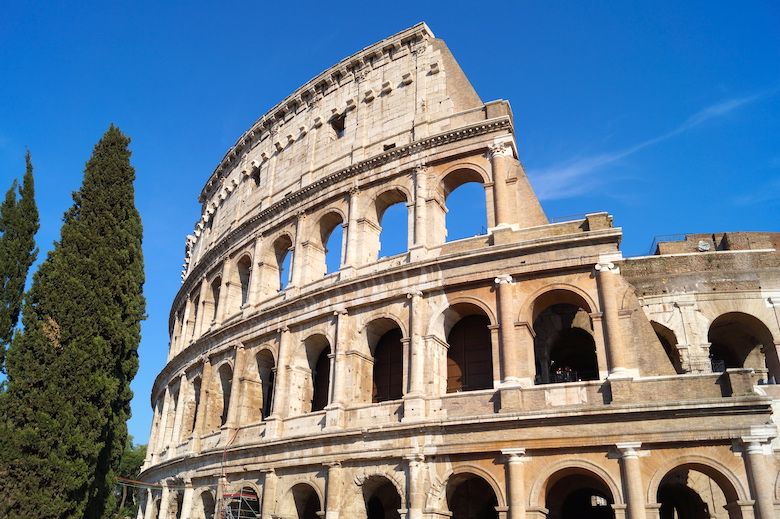 The Vatican Museums are one of the most important art collections in the world. They are especially known for the beautiful Sistine Chapel by Michelangelo. But on the 7-kilometer tour of the Vatican Museums, there is so much more to discover. There is, for example, the Museo Pio-Clementino with its magnificent classical statues or the four Raphael rooms, which are famous for their frescoes. The regular entrance fee for the Vatican Museums is 14 €. But since the increased number of visitors can lead to long waiting times, you should get a “ticket without queuing” on the internet. 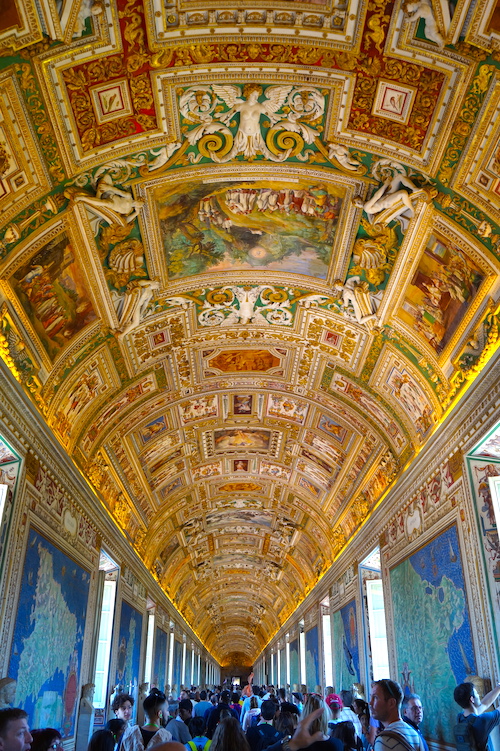 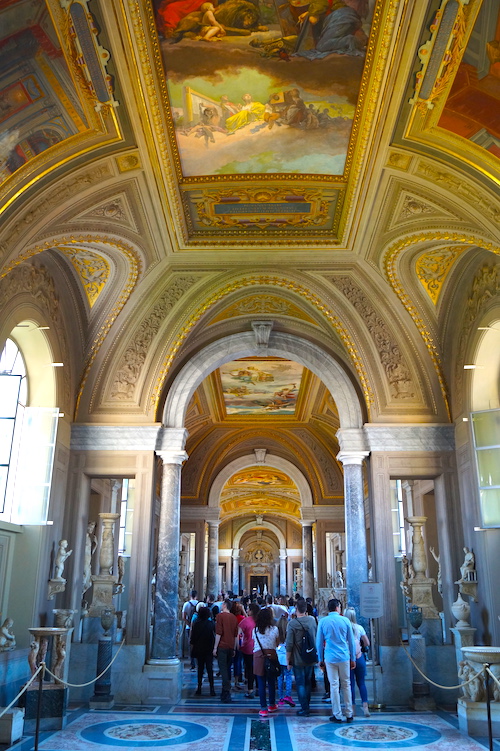 The beautiful Piazza Navona with its magnificent fountains, nice sidewalk cafés and imposing palaces is one of the most popular places in Rome. Numerous painters and street artists that are singing and dancing, create a really lively atmosphere on the Piazza. It is definitely the perfect place to relax for a few hours. 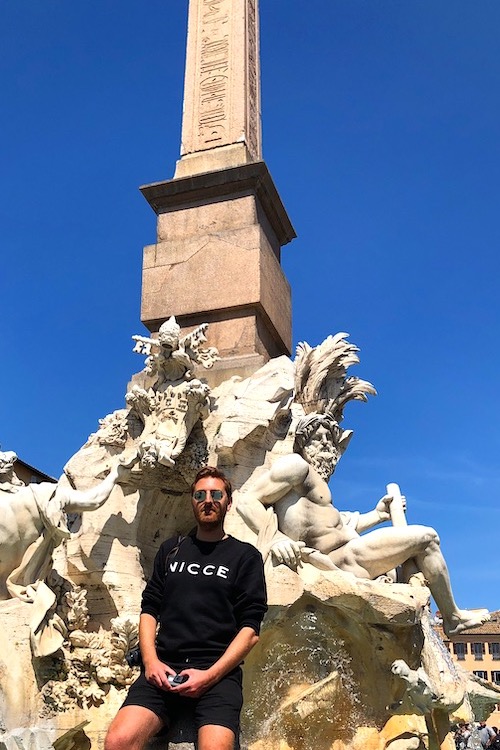 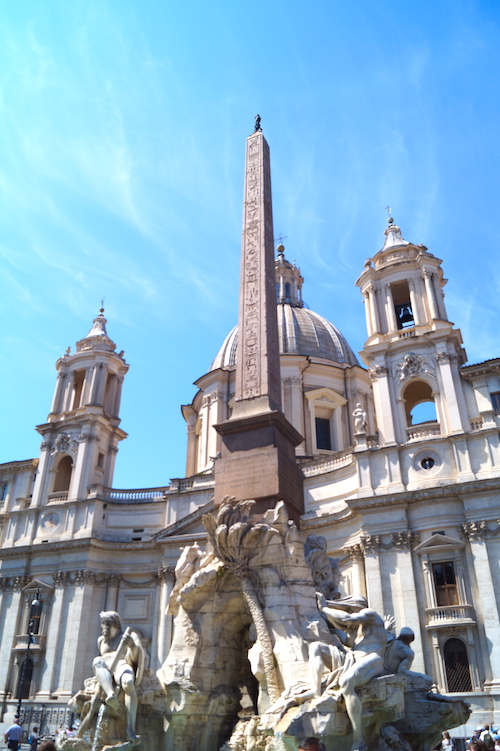 Next to the Coliseum is the Roman Forum. With its numerous temples, basilicas, arches and squares, it was once the center of social life in Rome. Although today only remnants of the once magnificent buildings of the Roman Forum can be seen, it is the perfect place for a wonderful walk through the ancient Rome. The regular entrance fee for the Roman Forum is 12 €. 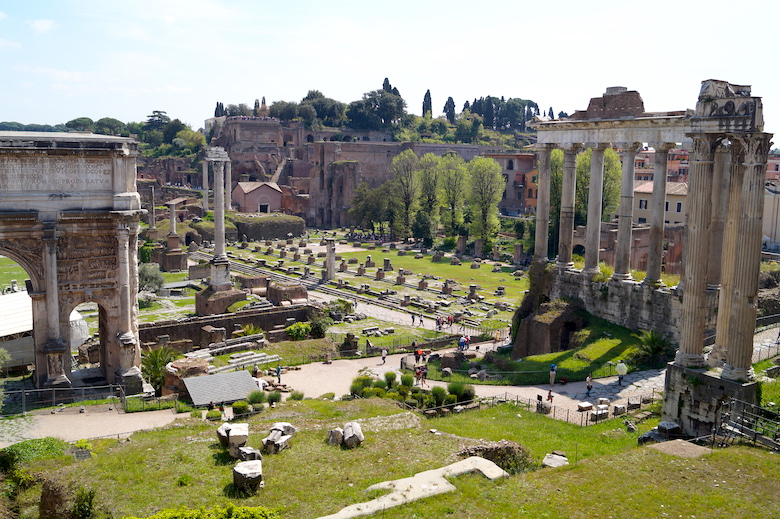 The 2000 year old Pantheon is the best preserved ancient monument in Rome.  With its 16 Corinthian columns and its wide bronze doors the exterior is quite impressive. The interior is renowned for its various graves and its Oculus, a hole in the middle of the dome, through which light penetrates into the interior. Admission to the Pantheon is free. 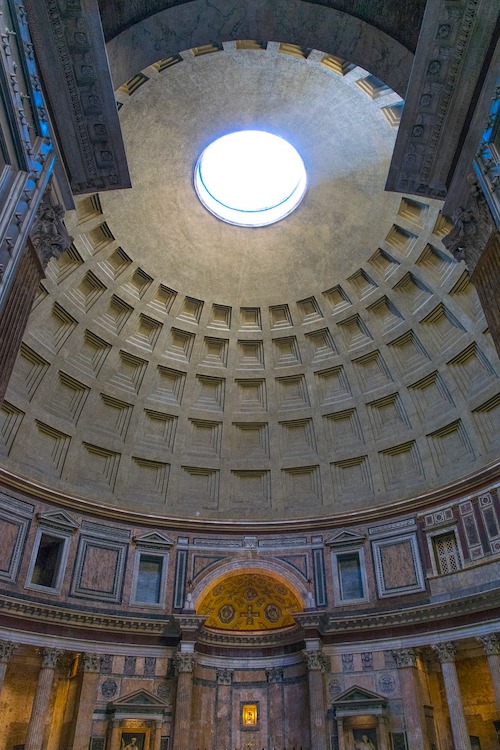 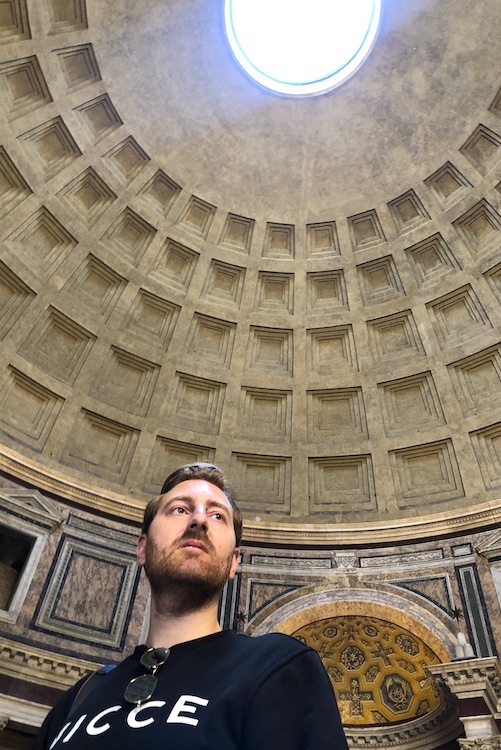 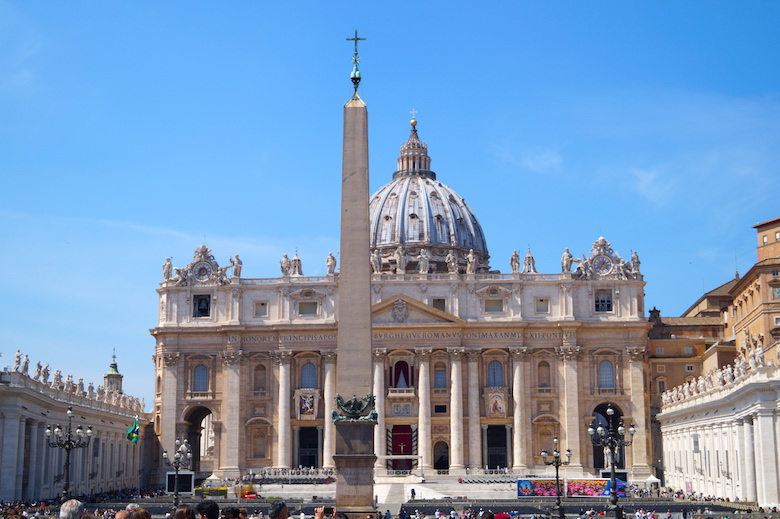 The Trevi Fountain is the most photographed sight in Rome and one of the most famous fountains in the world. The approximately 26 meters high and 50 meters wide fountain was created in 1732 by Nicola Salvi. Below the triumphal arch is the statue of the god of the sea, Neptune, drawn on its shell-shaped chariot by two sea-horses and tritons to the sea. Throw a coin over your shoulder into Rome’s Trevi Fountain. The legend says that it will bring you good fortune. The Trevi Fountain is free to visit. 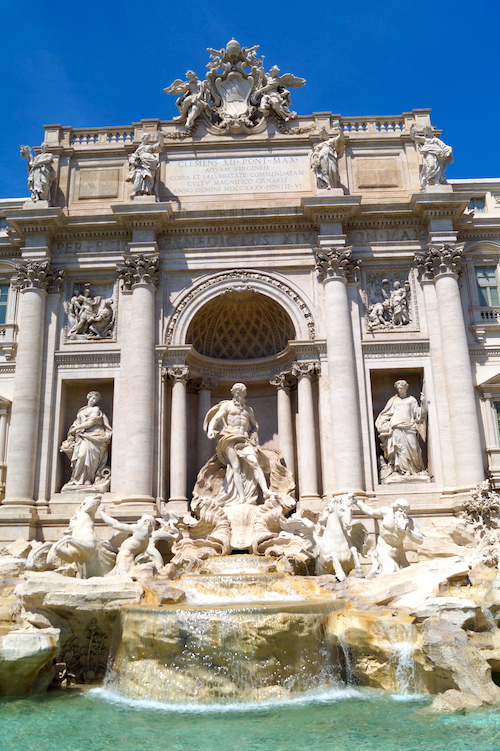 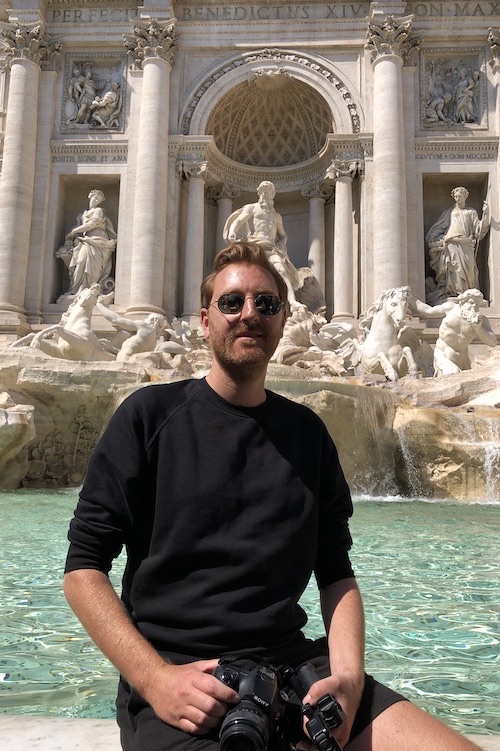 The Spanish Steps is a popular meeting place in Rome and is one of the city’s most popular attractions. The Spanish Steps consists of 136 steps that lead you from Piazza di Spagna to the French church of Santa Trinità dei Monti. Especially in spring, when azaleas decorate the steps, the Spanish Steps shine in full glory. 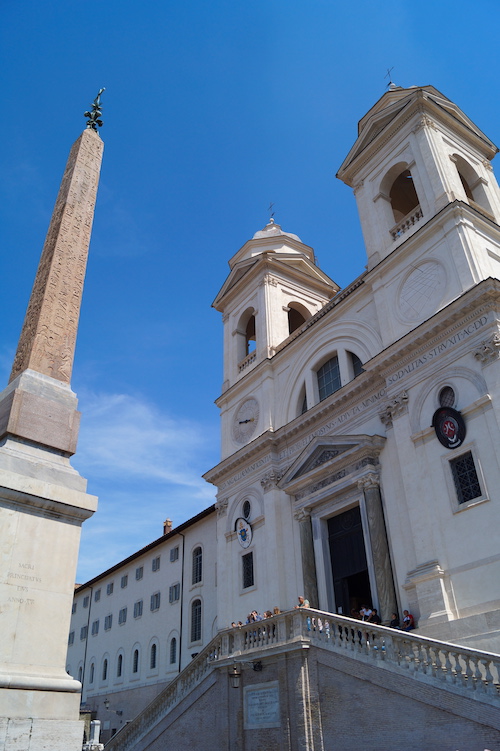 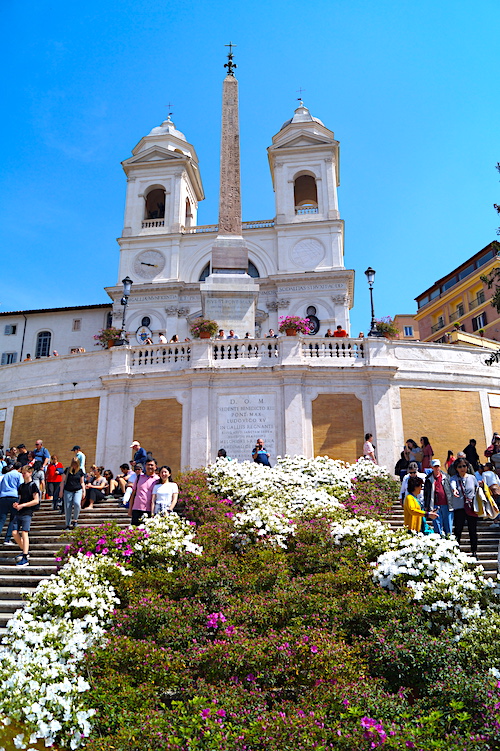 On the busy Piazza Venezia towers the imposing marble-white national monument “Il Vittoriano”. It was built in honour of the first king of Italy, Victor Emmanuel II, of which a 12-meter-high statue can be found on the middle tier. From the upper terrace you can enjoy a great view of the Coliseum, the Roman Forum and the Imperial Forums. Admission to the Vittoriano is free. 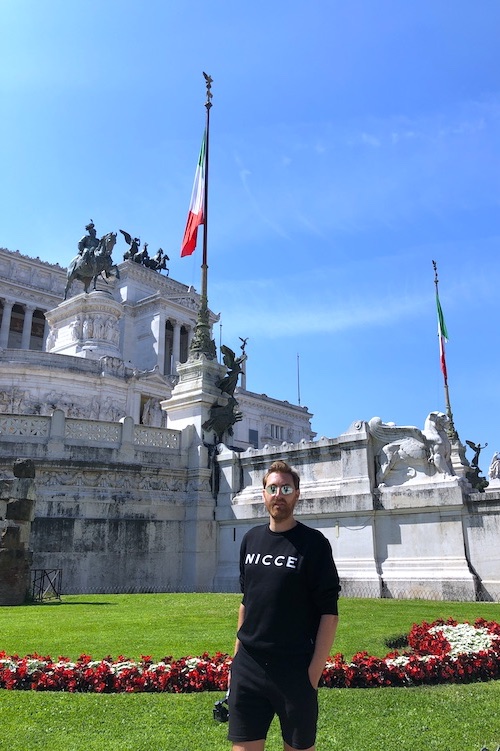 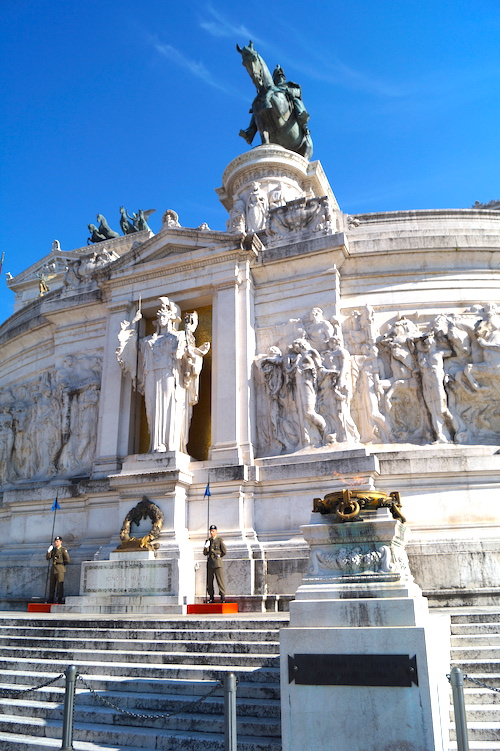 Once the public execution place of the city, today the popular Piazza del Popolo is renowned for its twin churches from the 17th century, the Porta del Popolo and its 36-meter high obelisk. Numerous street performers take care of the entertainment on the square, and from the east-facing Terrazza del Pincio you can enjoy a magnificent view of the piazza and the city. 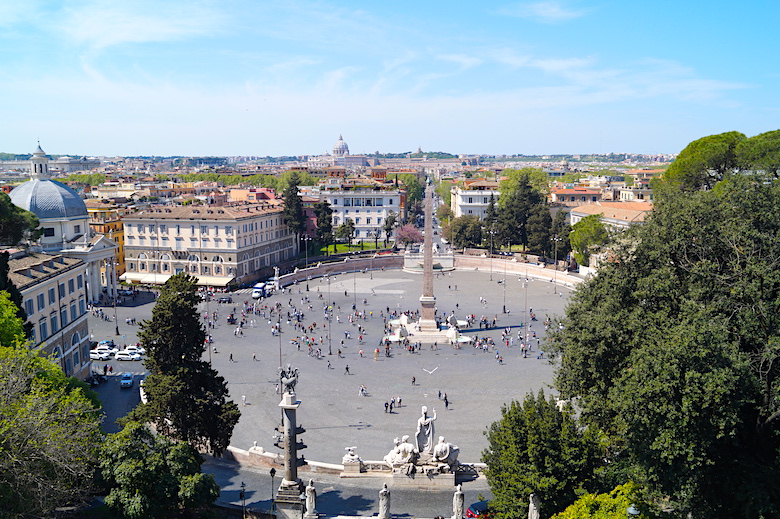