One of the most beautiful things I’ve ever seen in my life are definitely the Temples of Bagan in Myanmar. For 3 days I’ve been cycling around Bagan and discovered one amazing temple after another. The beauty of the landscape combined with more than 2000 temples and pagodas was magical. Standing on the Shwesandaw pagoda and admiring the sunrise gave me goose bumps (even if it meant to wake up at 5 in the morning). The entrance fee is $20 and the ticket is valid for five days. To give you a taste of who exciting Bagan is, here are the 10 most interesting facts about this fantastic site: 1. 10,000 Buddhist temples, pagodas and monasteries were constructed during the 11th to 13th century and 2,000 of them still remain.

3. Bagan belongs with Angkor in Cambodia to the two preeminent ancient religious cities in Southeast Asia.

​4. Dhammayangyi is the largest temple in Bagan and was built by King Narathu who reigned from 1167 to 1170. 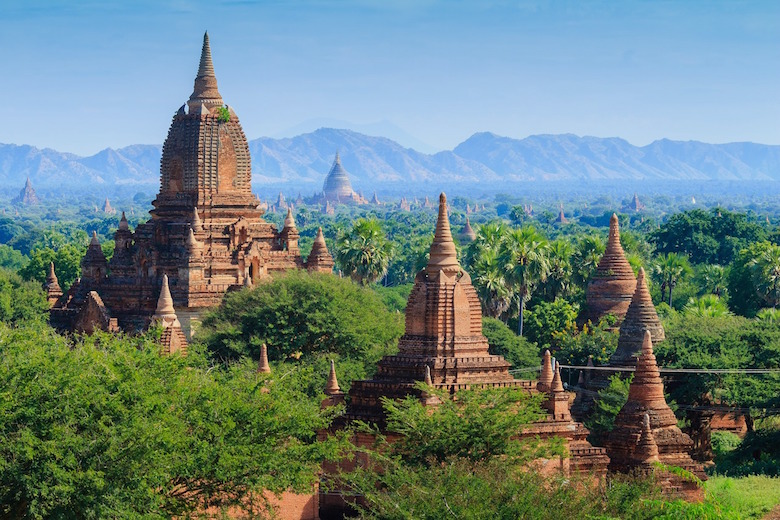 6. Shwezigon pagoda was the most important reliquary shrine in Bagan and contains bones and hairs of the Buddha.

7. Bagan is located in an active earthquake zone and 400 earthquakes took place between 1904 and 1975, which damaged many temples

8. With a height of 66 meters Thatbyinnyu temple is the highest temple in Bagan. It was built by King Alaungsithu in the middle of 15th century.

10. Ananda Temple, which is also known as the ‘Westminster Abbey of Burma’ was built in 1105.