For 3 weeks, I was exploring the beautiful island of Sri Lanka with my family. With a private driver that we found over the internet, we headed north, exploring the highlights of the cultural triangle. Then we went further inland where we visited Sigiriya, the main attraction of Sri Lanka, the second-largest city Kandy and the highlands. Finally, we explored the south coast with its many beautiful beaches. It was an amazing journey with great activities and unique sights. Sri Lanka has a lot to offer. A pristine nature coupled with miles of sandy beaches, ancient sites, beautiful temples, and exceptional national parks. Check out the best sights and places of my three-week road trip in Sri Lanka.

Ella is a small town in the central highlands of Sri Lanka, 1000 meters above sea level. Although the city is not very big, there is a lot to do here. Especially the hikes to the tea plantations, the Adams Peak and the Nine Arch Bridge are amazing. Don’t miss out on the opportunity to tour a tea factory. 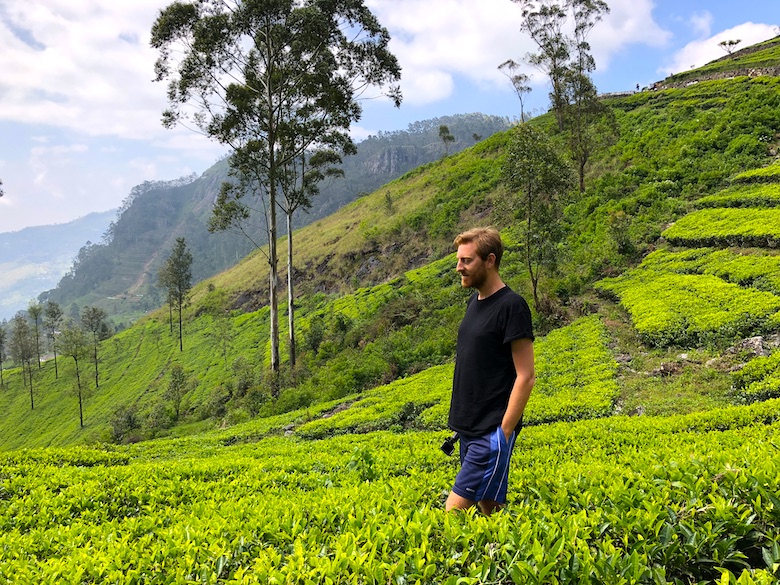 After the fall of the great city of Polonnaruwa, the kings of Kandy fled to Yapahuwa, a huge but rarely visited rock fortress off the road linking Kurunegala with Anuradhapura. The fortress from the early 13th century is reminiscent of Sigiriya. A huge granite cliff rises 100 meters above the plain and houses ruins of a palace and various temples. After Yapahuwa was abandoned, Buddhist monks took over the place. Among the highlights of Yapahuwa are the steep and dizzying staircase surrounded by lion statues, a modern temple complex and the breathtaking view from the top. 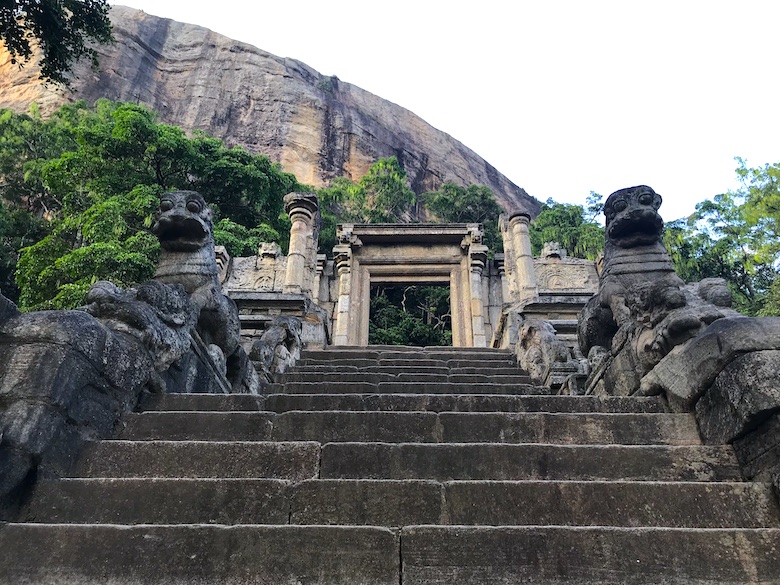 Tangalle is a small town in the south of Sri Lanka. The main attractions of Tangalle are its numerous beaches that surround the city to the east and west – some of the country’s most picturesque, peaceful and unspoiled beaches. Especially the Tangalle Beach appealed to me, as I could go for a walk without flocking tourists. In addition, we were staying in Darwins Beach Resort, a great place right on the beach.

Pidurangala Rock may not have the same historical significance as Sigiriya, but the view from the top is even more impressive. The fairly steep climb takes about 40 minutes. On your way to the top of the rock, you can visit the Vihara Pidurangala Temple and admire a reclining Buddha. From the top, you can enjoy a great view of the Sigiriya Rock. The climb is worthwhile just before the sunset. 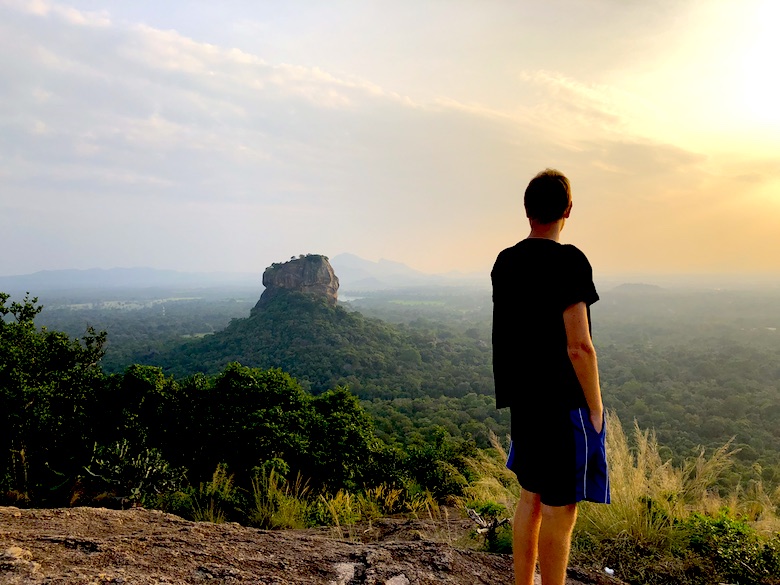 The ruined city of Polonnaruwa in the Northern Central Province of Sri Lanka was once the capital of the Sinhalese kingdom. Today you can explore a great archaeological park with fascinating temples and Buddha statues. For more information about Polonnaruwa, take a look at my article “Polonnaruwa – 11 Ancient City Highlights“. 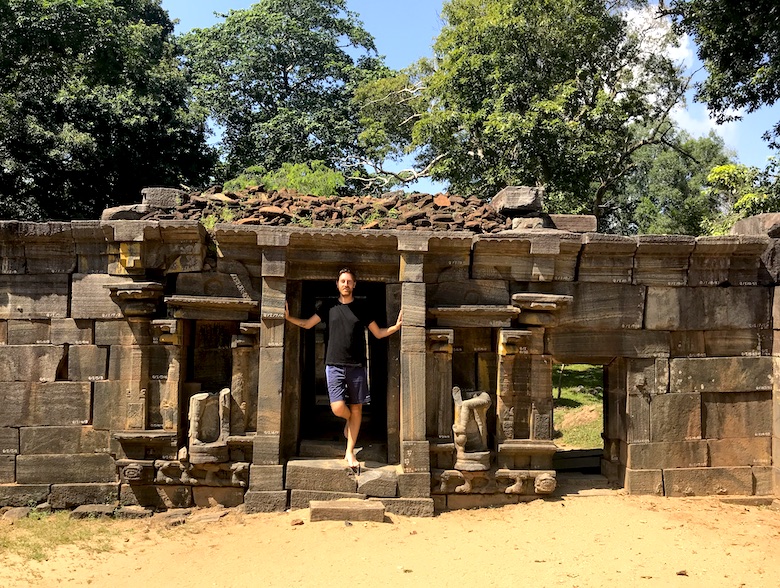 Polhena Beach is one of the most beautiful beaches in Sri Lanka. Especially the numerous turtles, which you find there in the water, make the beach very appealing. 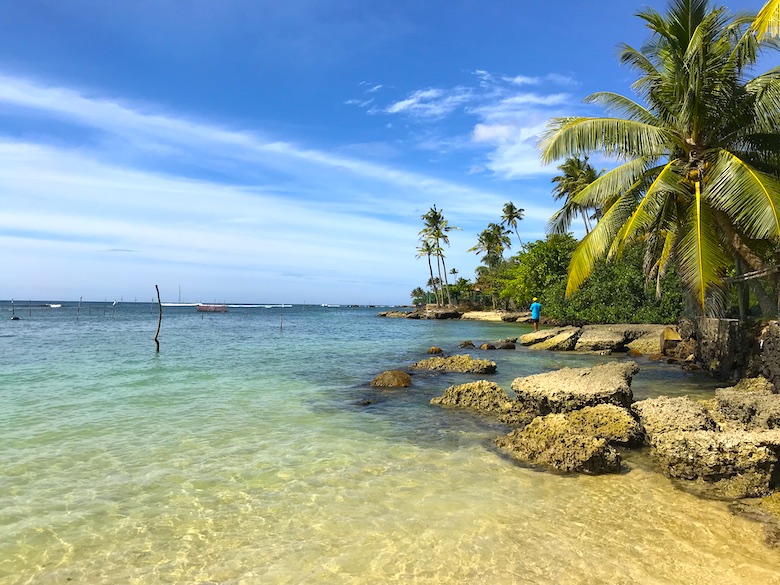 With its numerous herds of elephants, water buffalos, peacocks, crocodiles and monitor lizards, the Uda Walawe National Park is one of the most beautiful national parks in Sri Lanka. In fact, you can see far more elephants here than in some famous East African national parks. The terrain is fairly flat and the vegetation consists mainly of lagoons and scrubland. This makes the game viewing even more pleasant. 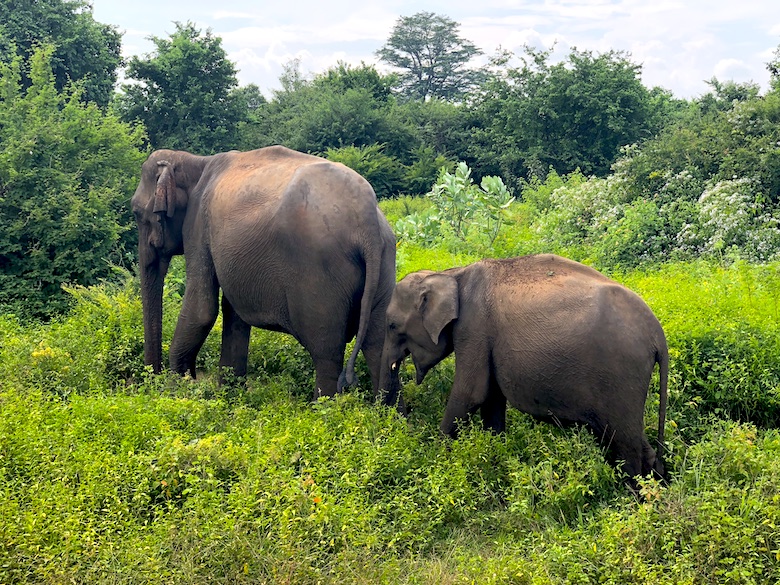 On the east coast of Sri Lanka is the beautiful Passekudah Beach. Its numerous palm groves and the turquoise waters invite you to linger. The gently sloping beach allows you to walk a few hundred meters into the sea. 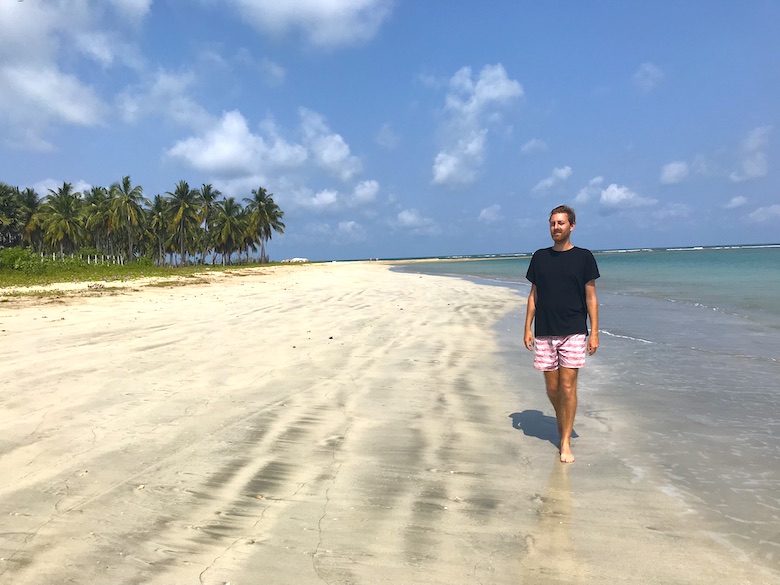 In the northern part of Sri Lanka is the great ancient city of Anuradhapura. It was the capital of the island for a long time and tells the story of several royal dynasties. Today you can see the impressive Dagobas, temples and the popular Bodhi Tree in the city. For more information on the most beautiful sights in the city, read my article “10 Great Places to See in Anuradhapura“. 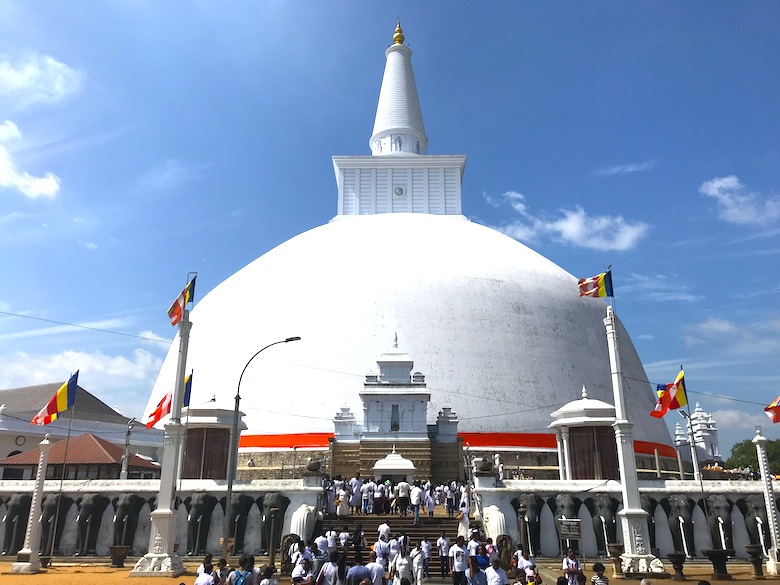 Sigiriya is one of Sri Lanka’s most breathtaking historical monuments. Named the eighth wonder of the world by locals, the ancient palace and fort complex has an important archaeological significance, attracting thousands of tourists every year. It is probably the most visited attraction in the country. The palace is located in the heart of the island between the cities of Dambulla and Habarane on a huge rocky plateau 370 meters high. The ascent to the top takes at least an hour and is only recommended for people without fear of heights.

Ritigala is a mountain range that is located near the ancient capital Anuradhapura. Ritigala is best known for its ancient Buddhist forest monastery that can be explored on foot. Unfortunately, there is not much to see except a few ruins, but the spectacular location in the middle of the jungle makes up for it. 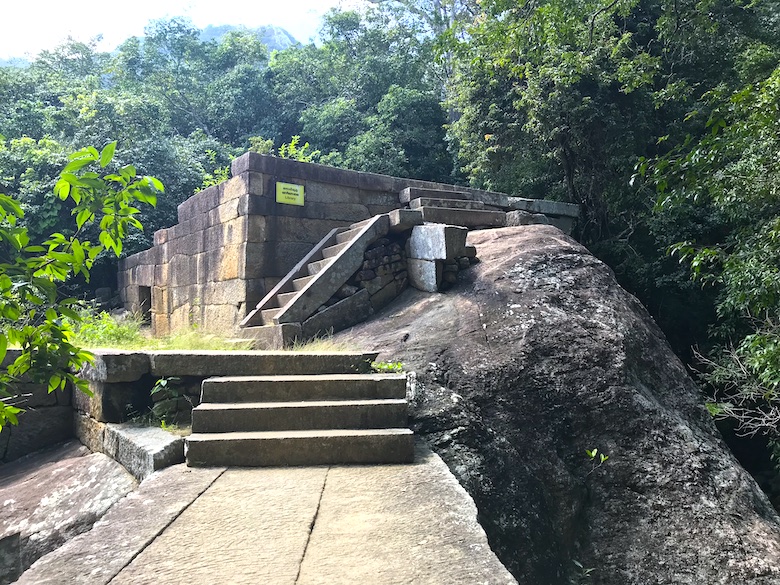 The Dambulla Cave Temple (also known as the Golden Temple of Dambulla) is located in the central part of Sri Lanka. As a tourist, you can visit five stunning caves containing numerous Buddha statues and beautiful ancient murals. 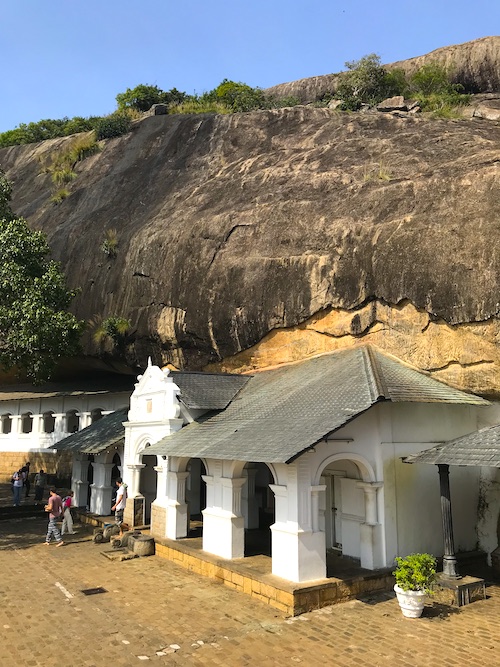 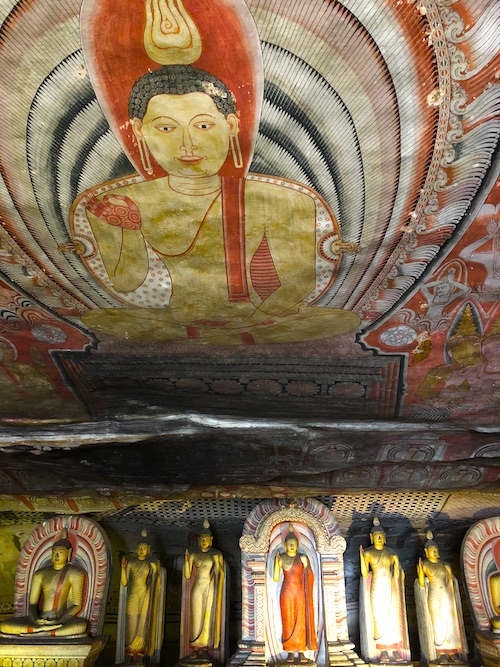 World’s End, a stunning 880-meter-high escarpment, is located on the Horton Plains Plateau. The circular route to the World’s End is about 10 kilometers long. On the way, you can visit the impressive Baker’s Falls and another vantage point. It is definitely worth coming early because in the afternoon a dense fog is often covering the World’s End. 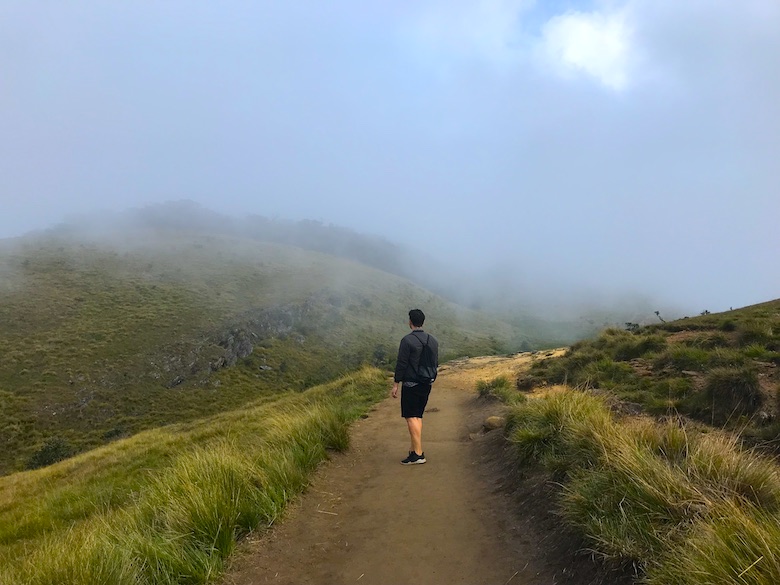 Mihintale is considered the cradle of Buddhism and is located about 12 kilometers northeast of Anuradhapura. The Mihintale complex consists of 3 levels. At the bottom are the old monk’s hospital and a small museum. On the second level are, among other things, the relic house, the pools of the Sinha Pokuna and the Kantaka Chetiya Dagoba. On the top level, you can admire a large white Dagoba. 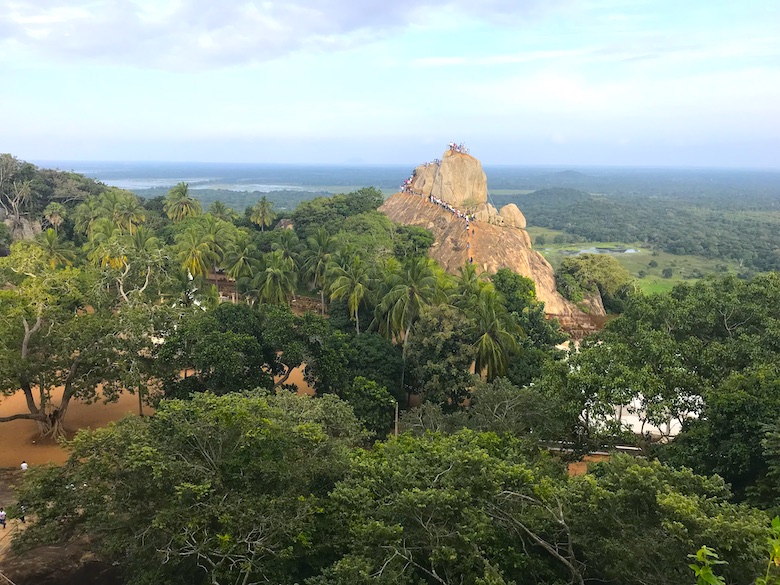 Aluvihara Monastery is right next to the main highway between Kandy and Dambulla. Despite its modest size, Aluvihara is of great importance in the history of Buddhism, as it was here where the canon of Buddhist Holy Scriptures, the Tipitaka, was written down completely by a group of 500 scholarly monks. The heart of the complex consists of a sequence of cave temples hidden in several promontories, connected by steps and narrow paths between the boulders. 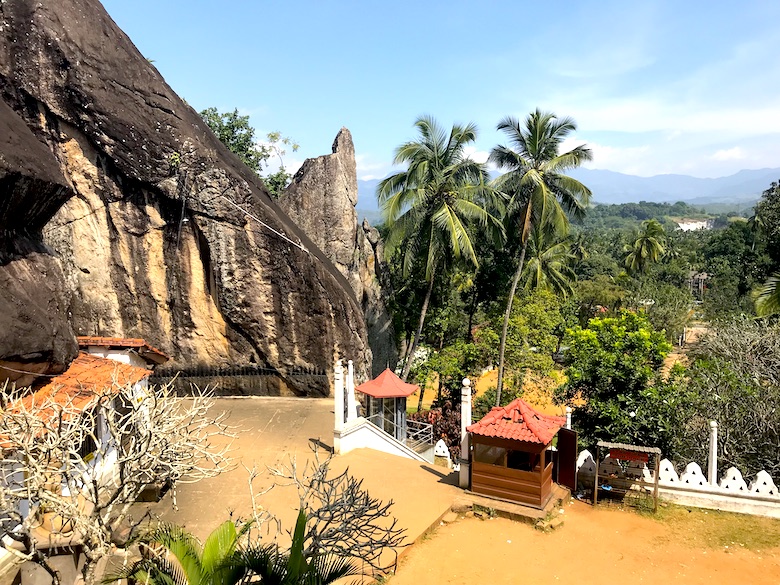 Mirissa Beach is one of the most beautiful beaches in Sri Lanka and enjoys more and more popularity. The special thing about Mirissa Beach is that there is a main and a side beach separated by a pretty little offshore island and some rocks. 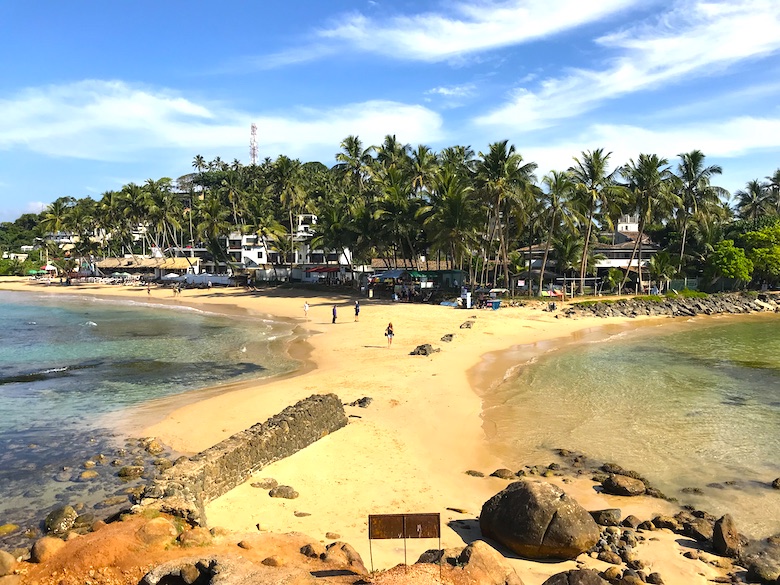 Kandy is Sri Lanka’s second-largest city and is also considered the cultural capital of Sri Lanka. Highlights of the city include the Bahirawakanda Buddha, the Temple of the Tooth Sri Dalada Maligawa and the Royal Botanic Gardens. 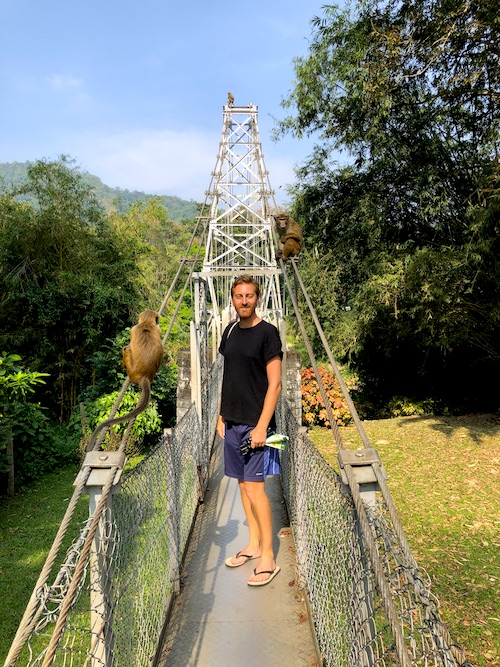 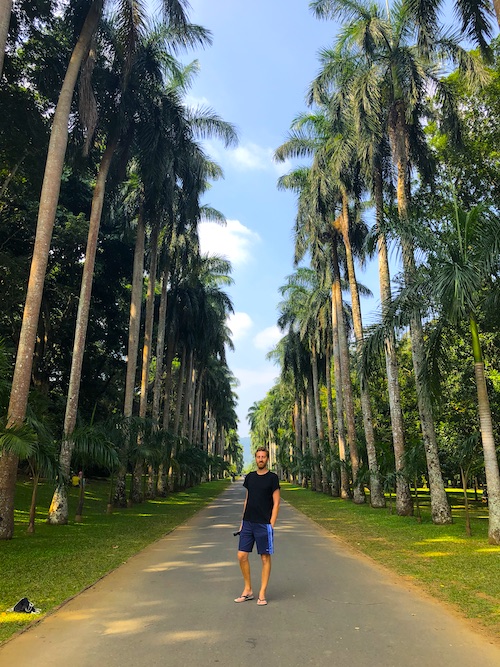 Unawatuna is a small town in southern Sri Lanka and famous for its beautiful beach. With its golden sands, turquoise waters, great resorts, and numerous palm trees, Unawatuna Beach is without a doubt the most popular beach on the island. 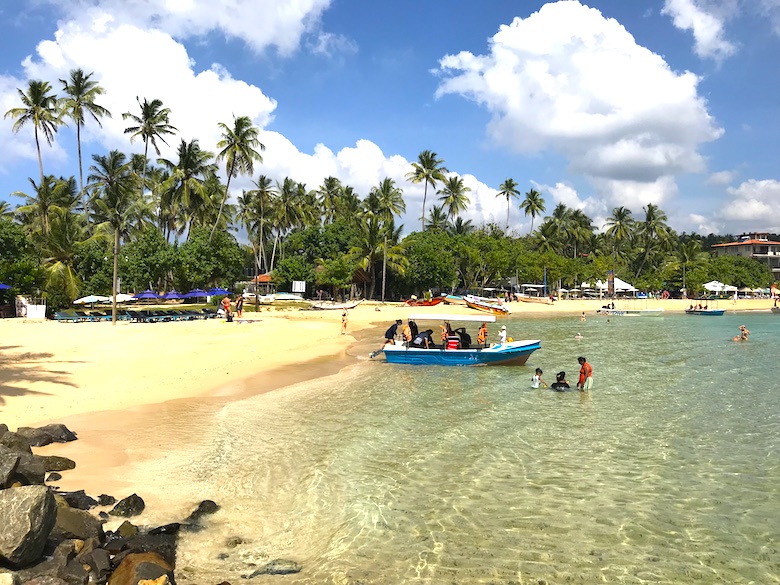 Galle is a coastal city located 130 kilometers south of Colombo. The highlight of Galle is the fortified city of Galle Fort, which is surrounded by dense city walls and was built in 1663 by the Dutch. To this day, it is the largest European fortress in Asia. In Galle Fort, you can discover beautiful colonial buildings and nice boutiques. You can also walk along the ramparts to enjoy a great view of the coast. 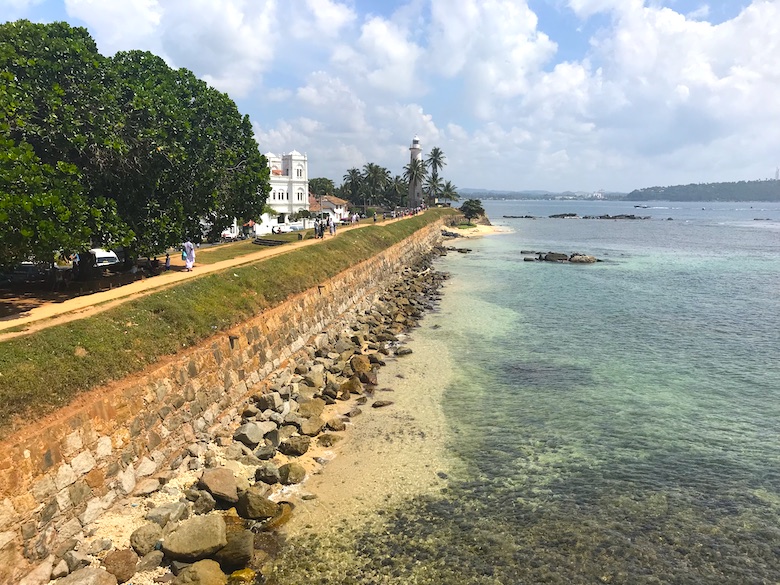 The beautiful, 1000-year-old rock statues of Buduruwagala are amongst Sri Lanka’s greatest sights. Overall, you can admire seven statues. The 16-meter-high main statue is the largest of its kind. The setting with its artificial lake is very charming and invites you to linger. 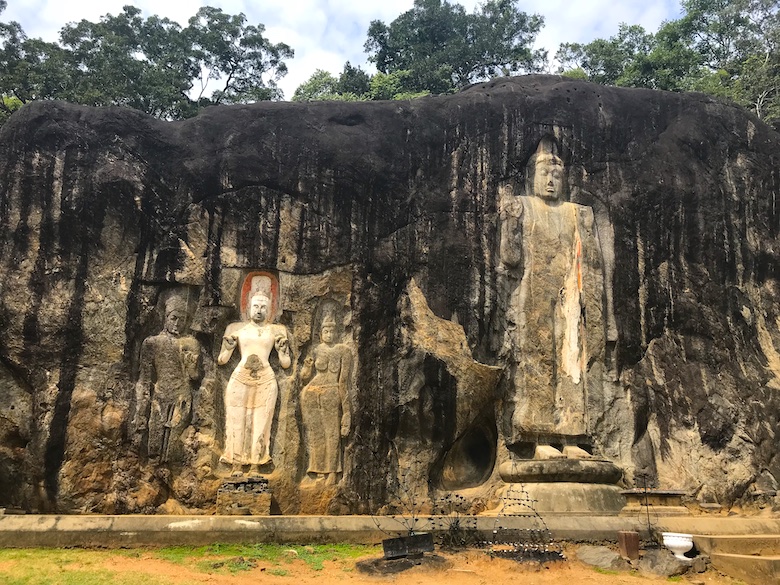 Colombo is the largest city and also the capital of Sri Lanka. Many travelers skip Colombo on their tour, which I think is a mistake. The traditional Pettah market alone is already worth a visit. You can also visit the interesting National Museum and the great Gangaramaya Temple. For more information, read my article “5 Top Things to Do in Colombo“. 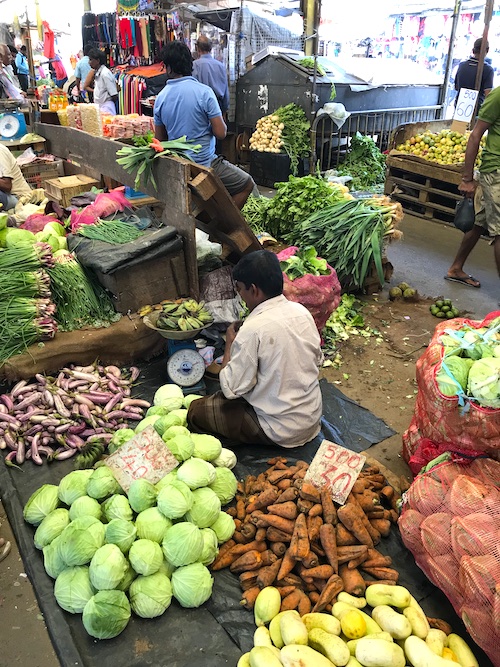 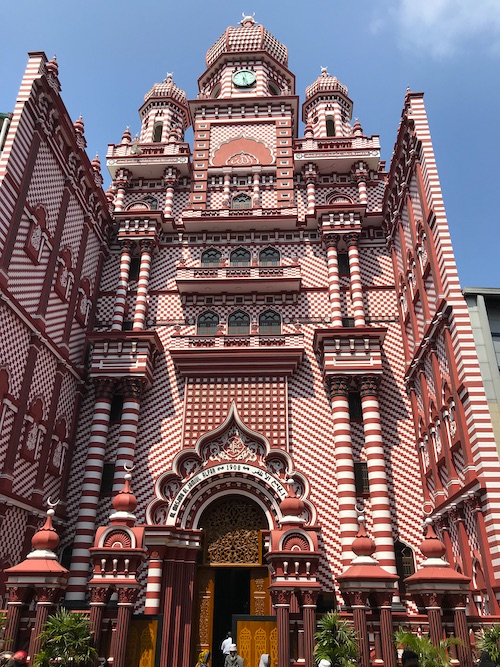