The picturesque coastal town of Dingle is the starting point of the Slea Head Drive for most visitors. The colourful facades, numerous pubs and the beautiful harbour attract many tourists. The real star of the city, however, is a dolphin named Fungie, who has appeared in the bay since 1983 at regular intervals. At the port even a statue in honour of the dolphin was built. Numerous boat tours are offered in the city to get to know Fungie in person. 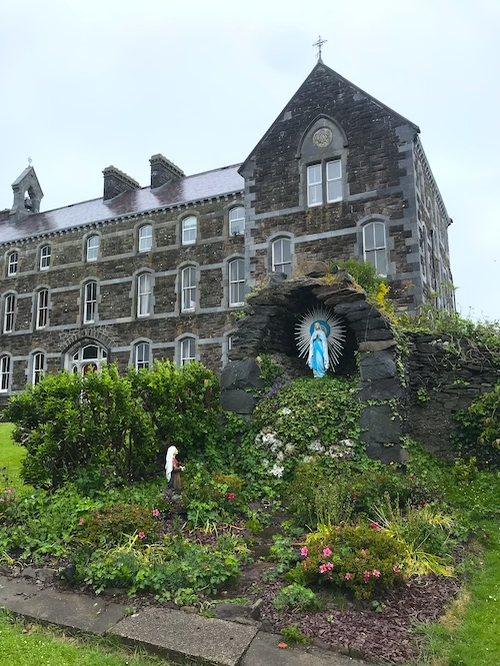 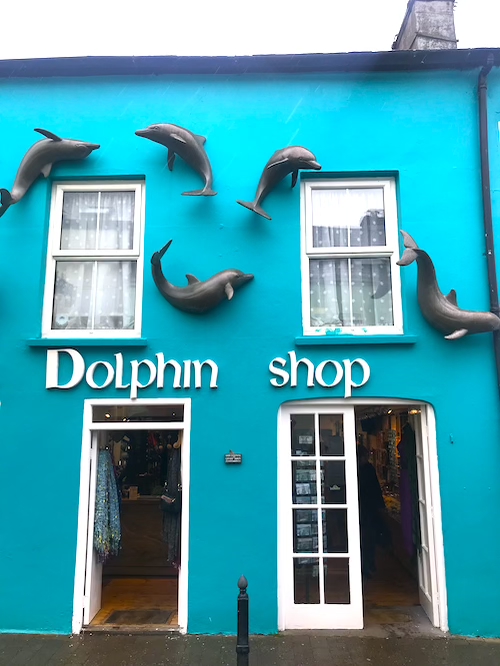 6 km west of Ventry you can admire the Fahan Beehive Huts from the early Middle Ages. When the first monks began to proselytise the area, they built lodgings of stone without any mortar. Instead, they meticulously stacked stone rings on top of each other and positioned each layer a little further inward until it formed a solid, pointed roof that covered the structure. Of the once 400 beehive huts, only a few have been left over the centuries. 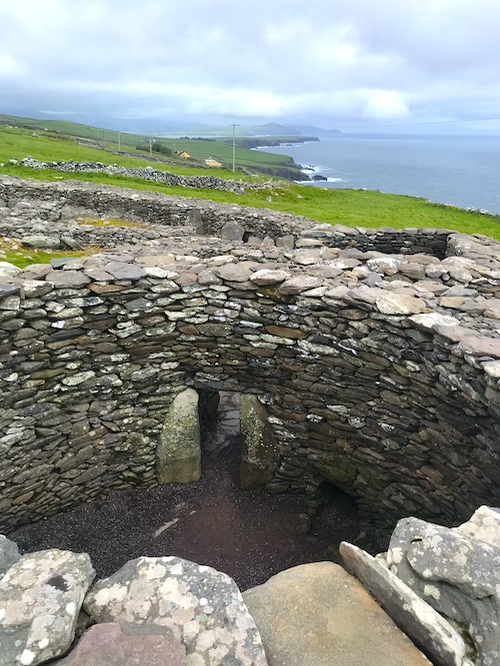 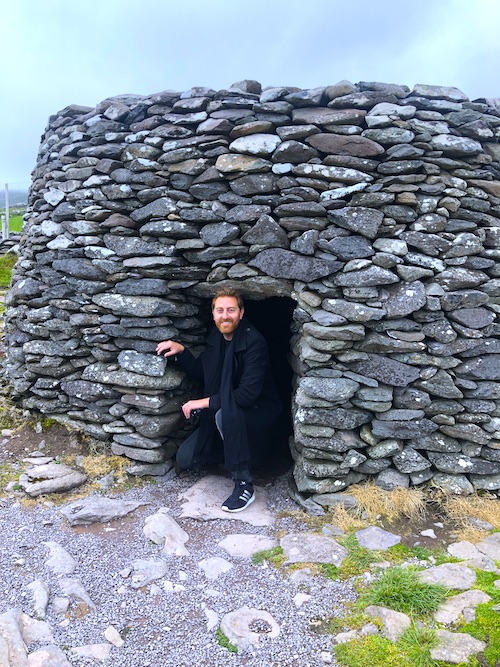 Dunmore Head is the westernmost point of Ireland and also the western end of Europe on the mainland. Since a few scenes of the new Star Wars episodes were shot at Dunmore Head, a lot of Star Wars are visiting this place. At Dunmore Head you can take a nice walk along the coast. You will also enjoy a great view of the archipelago of the Blasket Islands. 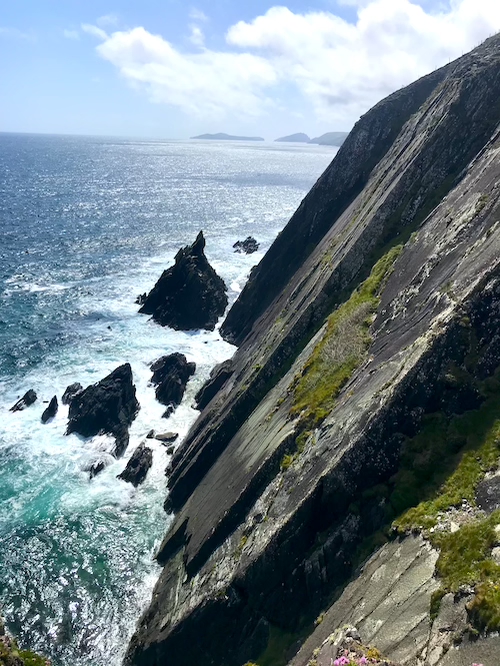 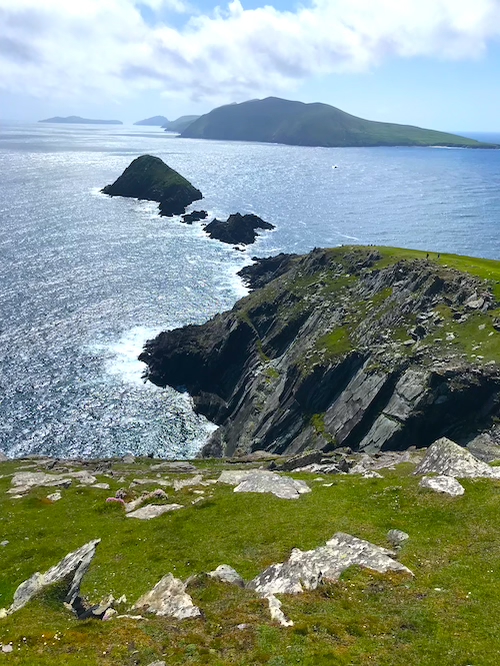 8 km northwest of Dingle is the old Romanesque church ruin Kilmalkedar. The church was built in the 12th century on the remains of a monastic monastery. Worth seeing is especially the door opening of the church, the adjoining cemetery with its pagan memorial stones and the ogham stone. 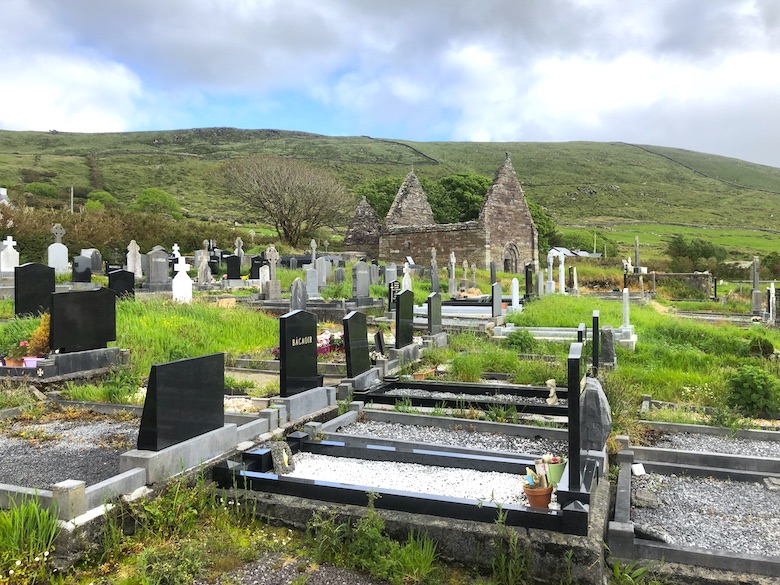 Slea Head is located west of the Dingle Peninsula and offers spectacular views of the rugged coast, Dunmore Head and the Blasket Islands. In addition, Slea Head serves as a starting point for many walks through the picturesque Irish countryside and along the Wild Atlantic Way. 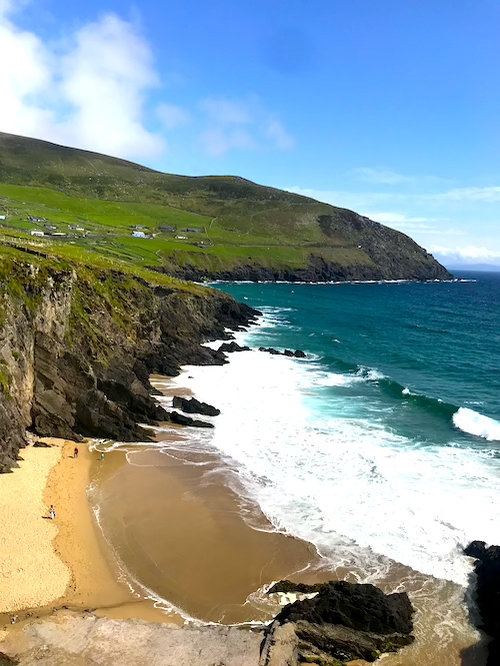 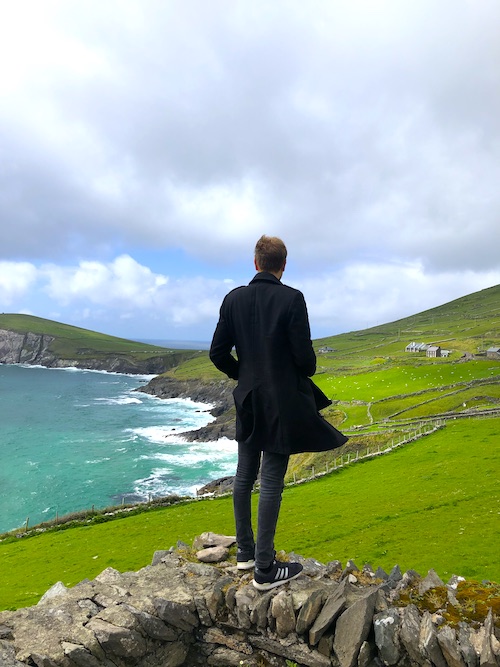 The Gallarus Oratory is an early Christian oratory from the 8th century. It is Ireland’s largest building with cantilever vault. The walls are about 1 meter thick and in the middle more than 4 meters high. 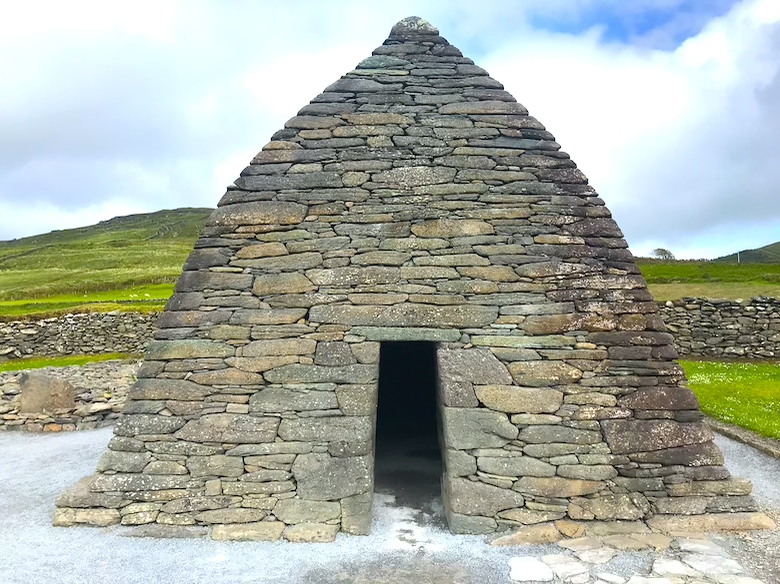 About 6 km north of Dunmore Head is the beautiful viewpoint Clogher Head. From here you can enjoy an excellent panoramic view of Clogher Beach, Sibyl Point and the Three Sisters. 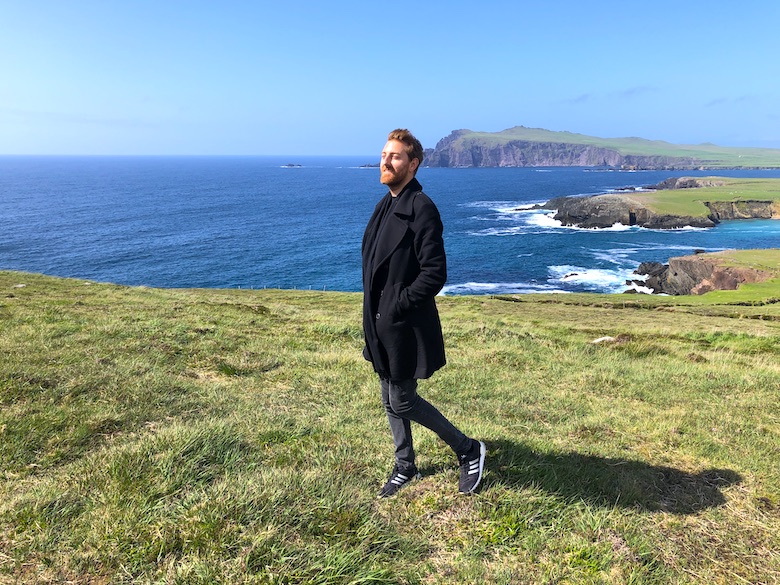 2 km east of Ballyferriter lies the monastic site Reask from the 5th century. Although there is not much to see from the former monastery settlement, you can admire the foundations of numerous beehive huts and warehouses. In addition, there is also the beautiful Reask Stone, which is decorated with numerous Celtic motifs. 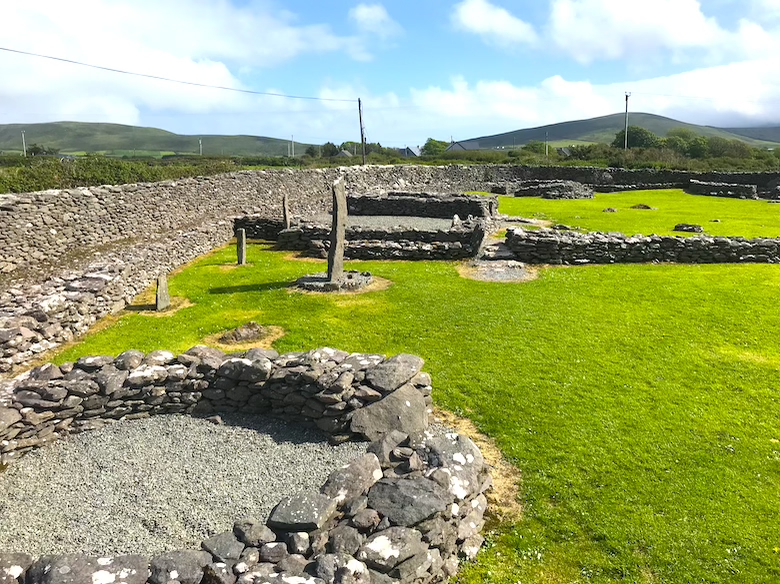