Ruifang is a district of the city of New Taipei and is located in northeastern Taiwan. The slightly isolated area gained economic importance at the beginning of the 20th century thanks to its mineral wealth. Coal, gold and copper were mined. The cities in the Ruifang region profited greatly from their access to the Yilan Railway and the port in Keelung. After the 70s, the mineral resources were exhausted and the factories had to close. Today, these have become popular tourist attractions and many other attractions in the region attract crowds of tourists. Just a one hour train ride from Taipei, Ruifang is a good option for a day trip. Check out the 4 top things to do in Ruifang.

The small town of Jinguashi was once known for its huge gold mine. Today, the entire site has been transformed into a “Gold Ecological Park”. There you can get exciting information about the gold mining and the history of the region. Highlights of the park include the Gold Digger Museum and the Benshan Fifth Tunnel. The “Gold Ecological Park” is open from Monday to Sunday and the entrance fee is 80 TWD. 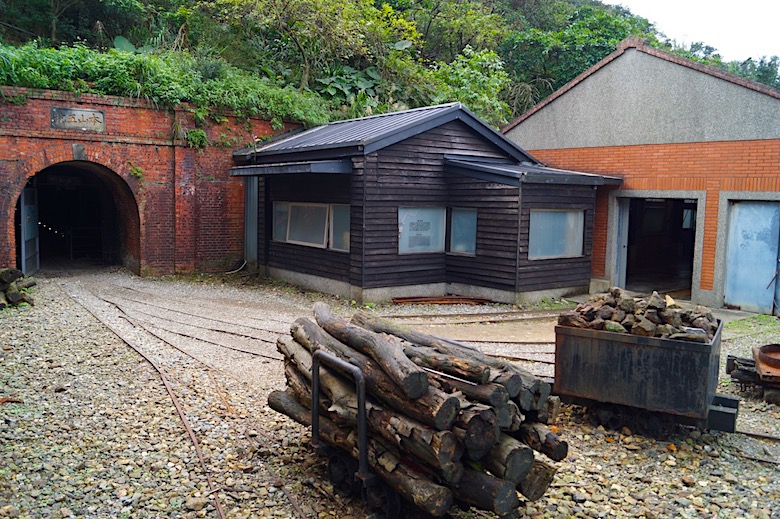 The small village of Jiufen gained fame in 1893, when gold was discovered nearby. After the gold was mined in the 1930s, copper mining started. But when the last mine closed in 1971, it became quiet around this place. Today Jiufen with its narrow streets, tea houses and cafes is a popular tourist destination and invites you to linger. In addition, you can enjoy a wonderful view of the sea and the surrounding mountains from the village. 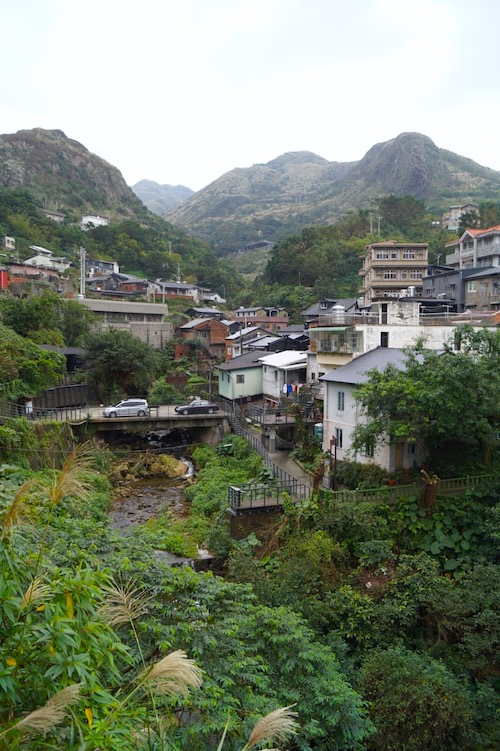 The “Golden Waterfall” is one of the most beautiful waterfalls in Taiwan. The water has a beautiful golden color, as it regularly rains in the region and many heavy metal elements dropped into the riverbed. The waterfall flows from Jinguashi into the Yin-Yang Sea. 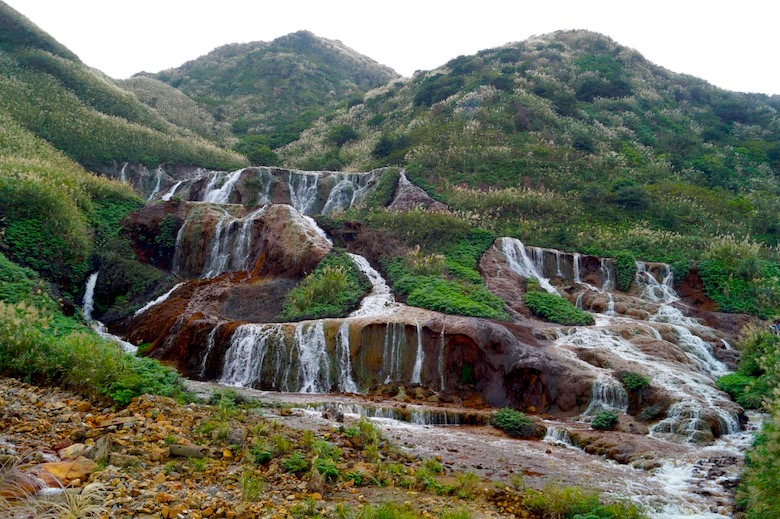 Nanya is a small stretch of coast known for its extraordinary rock formations. These were created by the influence of the sea, earth movement and weathering. But not only the shapes are admirable, but also the patterns and colours. Follow the 300 meter long Nanya Geologic Trail, which leads you to the most impressive rock formations. 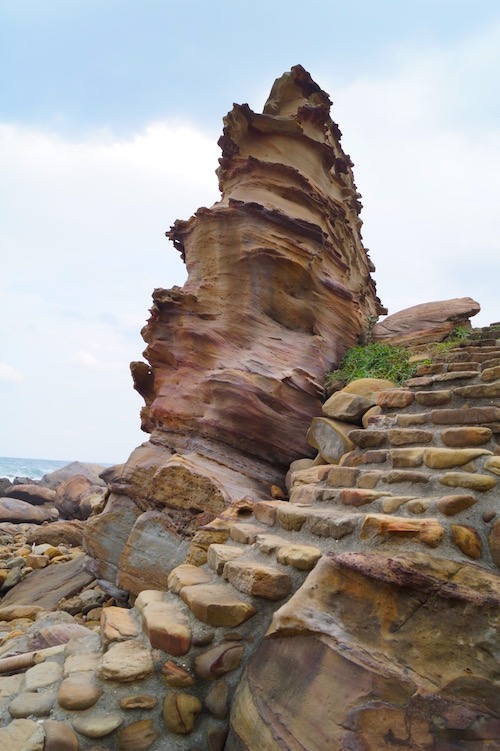 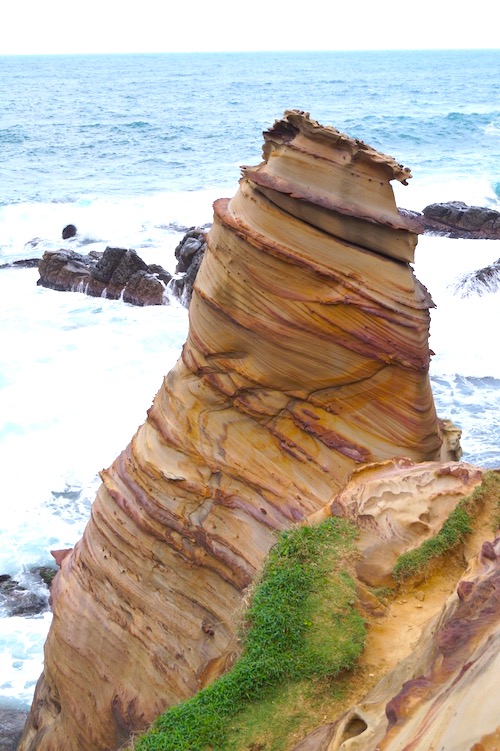