The German Baltic island Rügen lies off the coast of Mecklenburg Vorpommern. With an area of around 900 square kilometers, Rügen is the largest island in the Federal Republic of Germany. The island has more than 70.000 inhabitants, spread over the many villages of the island. The island of Rügen was already a popular tourist destination during the GDR. Many guests were enjoying the well-known seaside resorts such as Binz or Sellin. I spent three days on Rügen and had enough time to visit the most popular parts and highlights of the island. The easiest way to get around is by car. For those who like it more active, renting a bike can be a better option. Here are the seven attractions of the island that you have to see.

White cliffs, dense beech forests and fresh sea air characterize the peninsula Jasmund in the northeast of Rügen Island. The chalk rock coast of the nationalpark extends to about fifteen kilometers from Lohme to Sassnitz. The white rocks were formed about 70 million years ago from calcareous shells, skeletons and tanks of microorganisms. The best way to explore the National Park is on foot. You can walk from Sassnitz, Lohme or Hagen to the most famous and significant chalk rock, the so-called Königsstuhl. If you like, you can also explore the chalk coast by boat or on a walk along the beach. 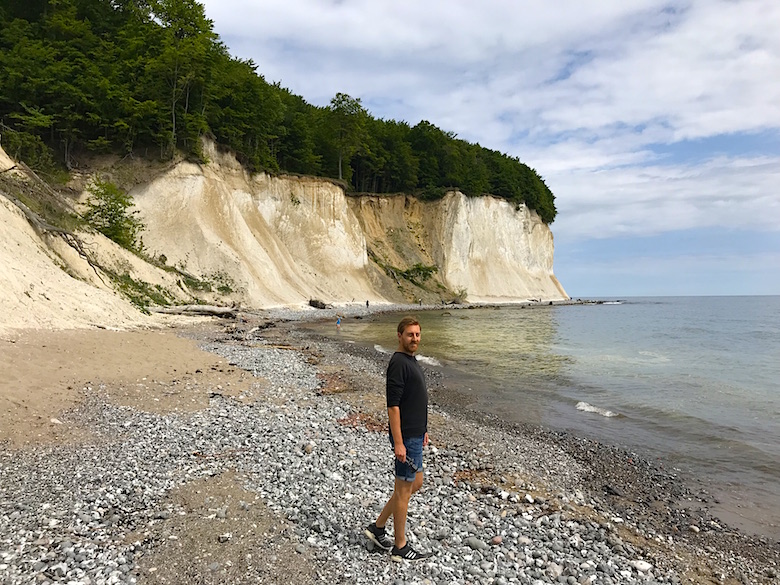 In the southeast of the island of Rügen, the hunting lodge Granitz towers on the Tempelberg, amidst the mysterious beech forests and hills of the Granitz ridge. With over 250.000 visitors a year, it is the most famous and popular castle in Mecklenburg-Vorpommern. From 1837 to 1846 the architect Gottfried Steinmeyer built the Granitz Hunting Lodge on behhalf of Prince Wilhelm Malte I. of Putbus. There Prince Malte housed his noble guests during the hunting season as the Granitz ridge was considered one of the most popular hunting grounds in northern Germany. Today, the castle houses several exhibitions and a restaurant. At the heart of the building is the central tower, which rises 38 meters above the Tempelberg. Inside, a cast-iron spiral staircase leads visitors up 154 ​​steps to a platform from where you have amazing views of the whole Granitz ridge. 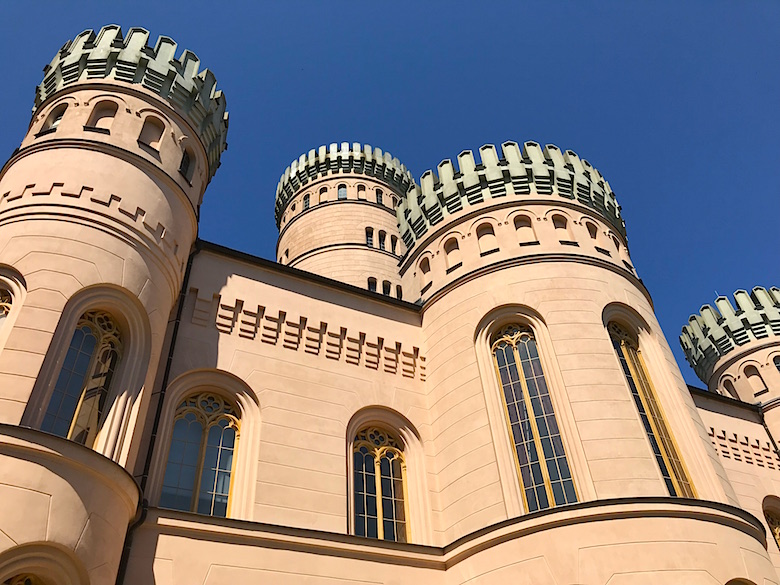 The Sand Sculpture Festival on the island of Rügen is the world’s largest covered sculpture exhibition with an area of ​​5.600 square meters. Every year the exhibition has a new theme. The one I saw in 2018 had the theme “Once Around the World”. From mid-March to early November 2018, visitors can embark on a grand journey: they make a detour to the pyramids of Gizeh, Mount Rushmore, the Great Wall of China, the Trans-Siberian Railway and even to the Moon. On the way they will meet Eskimos, Geishas and Bedouins, who will take them into unknown, exciting cultures. 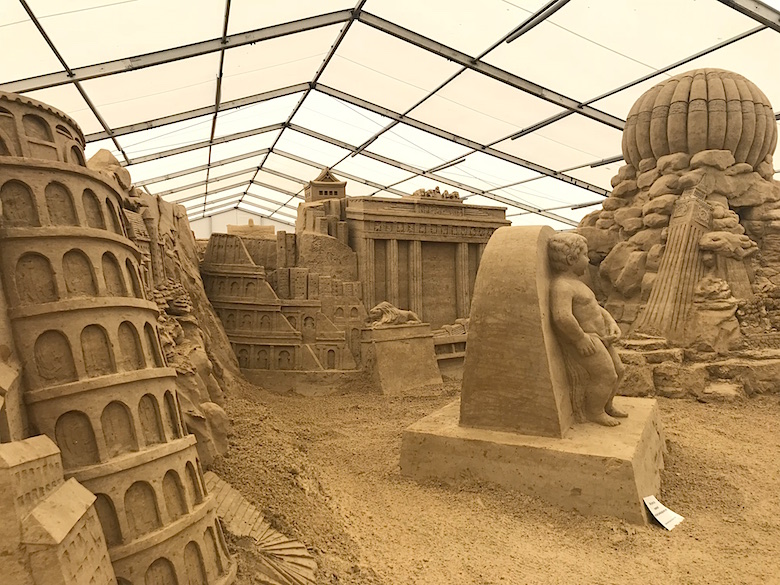 When Wilhelm Malte founded the city, he created a unique urban ensemble of architecture, art and landscape. Although its splendid castle has disappeared since 1964, the English style park is worth a visit. The numerous mammoth and tulip trees as well as the royal stables and orangery, where art exhibitions and concerts take place, are splendid. In the former monkey house is a doll and toy museum whose 500 exhibits will bring back memories of the past childhood days. Another legacy of the prince is the circus. This rondelled square, with an impressive 19-meter-high obelisk in the center, is lined with a multitude of classicistic houses. 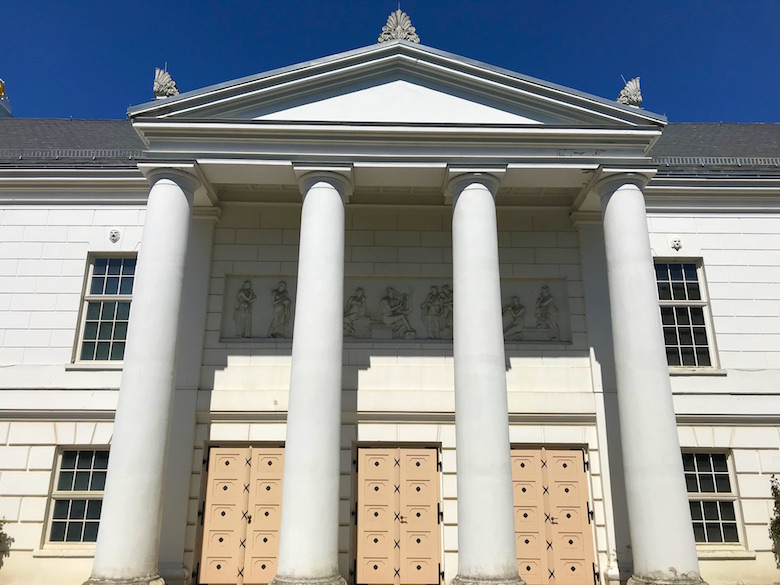 Cape Arkona is home to the 45-meter-high cliff coast and a whole range of sights. Even from a distance you can see the two lighthouses on Cape Arkona. The new, still active lighthouse and the Schinkel Tower, the second oldest lighthouse on the Baltic coast. It has been open to the public since 1993 after a long closure and extensive restoration work. It houses a museum, is a lookout tower and is used as a unique location for weddings. From the glass dome of the restored Peilturm, you have a magnificent view of the whole area. 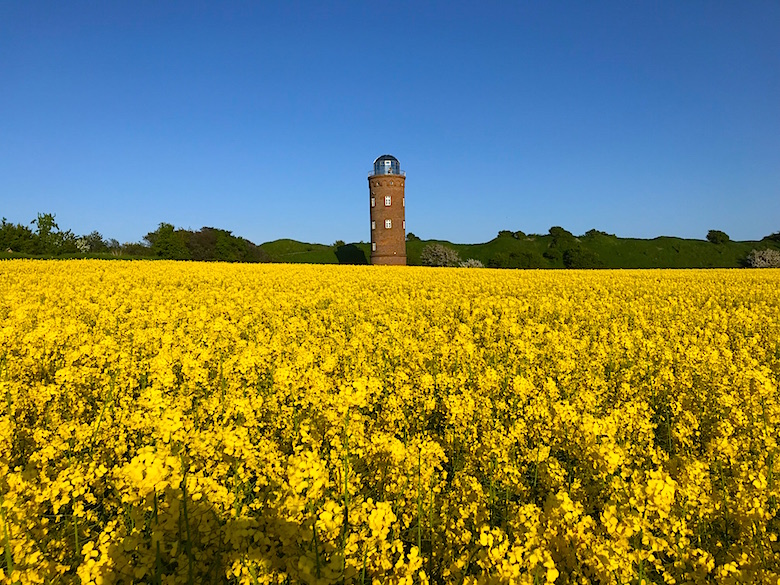 The seaside resort Sellin is perched on a high bank in the east of the island of Rügen. The almost 400 meters long pier is the most famous building and landmark of Sellin. The center of Sellin is Wilhelmstrasse, which is lined with lovingly restored villas, numerous restaurants and shops. Many of the multi-storey white houses, mostly in the style of resort architecture, were created at the beginning of the 20th century after the Prince of Putbus decided to expand Sellin into a seaside resort. 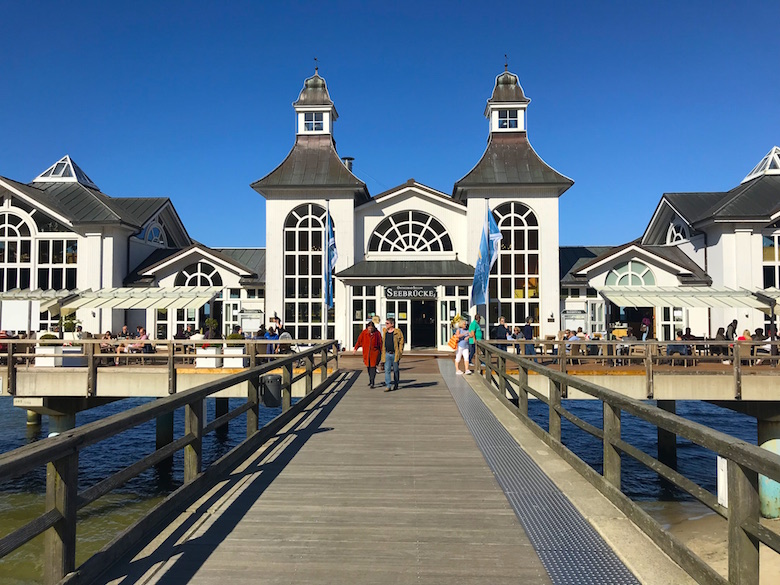 Sassnitz is located on the peninsula Jasmund in the northeast of the island of Rügen. The city is a major ferry port to the Baltic States. With the advent of tourism on the Baltic Sea, also Sassnitz developed into a popular seaside resort with a beach promenade and numerous buildings of the distinctive resort architecture. The main attraction is the city harbor with the longest outer pier in Europe and the striking pedestrian suspension bridge that connects the city harbor with the city center. Other attractions are the charming old town and the town hall, which was opened in 1910 as a spa, as well as the church St. Johannis, the butterfly garden and the zoo. 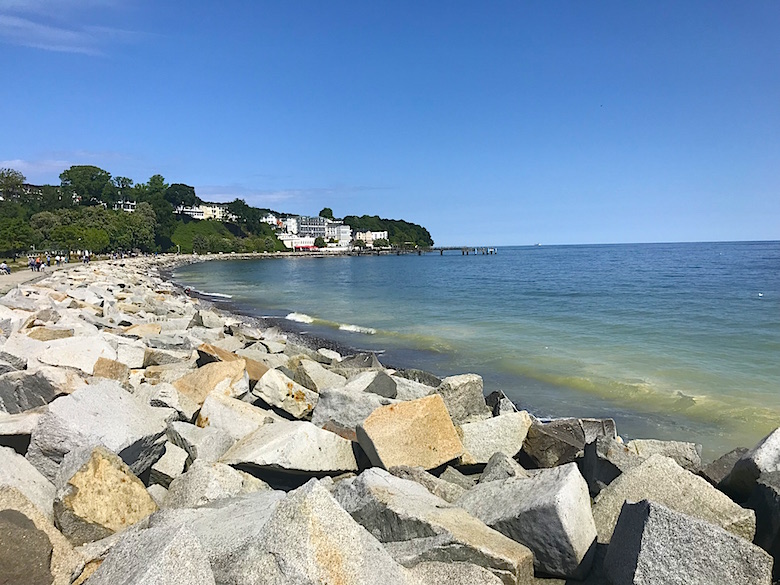