Polonnaruwa is located in the northern central province of Sri Lanka. After the fall of Anuradhapura in 993, the city became the capital of the country. Today it is a fantastic UNESCO listed archaeological park with impressive dagobas, temples and Buddha statues. The majority of the buildings date back to the 12th century. The archaeological park is clearly structured. The buildings extend along an axis that runs from the south to the north. The Royal Palace Group with its defensive walls mark the southern end. The Buddhist sanctuaries with monasteries and temples are located in the north. You can easily spend one day exploring the ancient city. The best way to discover the city is either by hiring a driver or by renting a bike. I would not recommend exploring the park on foot because of the heat and the long distances. Compared to other archaeological parks in Asia, the entrance fee is very high. You have to pay 25 USD to enter the archaeological park. Nevertheless it is worth to visit one of the most beautiful sights of Sri Lanka. Here are my personal top sights of the Ancient City Polonnaruwa:

Just outside of the ancient city walls lies Potgul Vihara. This former monastery probably dates from the days before Parakramabahu, the king of the Kingdom of Polonnaruwa. The ruins contain a monastery hall and a 48-meter-square rotunda on a rectangular base. 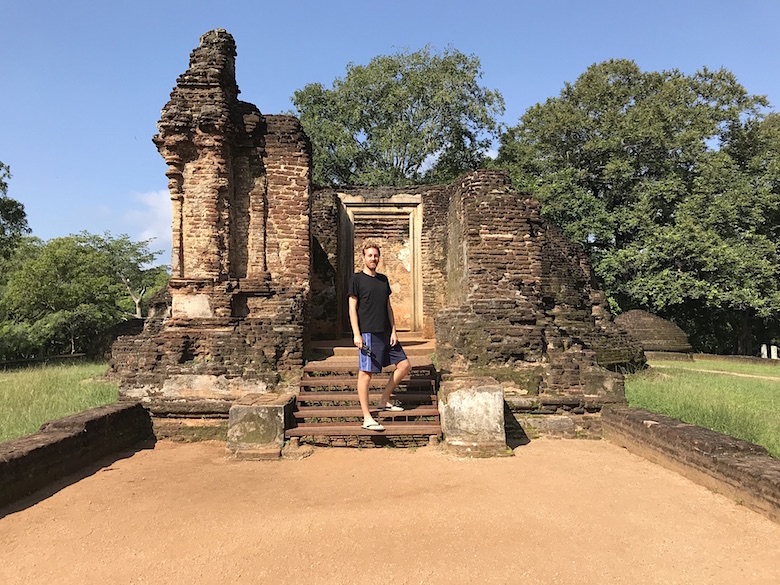 The first group of ruins you meet in the Ancient City is the Royal Palace Group. It dates from the period of King Parakramabahu I (1153 – 1186). The Royal palace itself was built of bricks and was 7 floors high. Today only remains of the foundations and a small part of the front wall can be admired. Next to it are the remains of the audience hall, which are elaborately decorated with moonstone and relief elephants. A staircase leads to the lower level bath, which was supplied with fresh water by an underground pipe system back at the time. 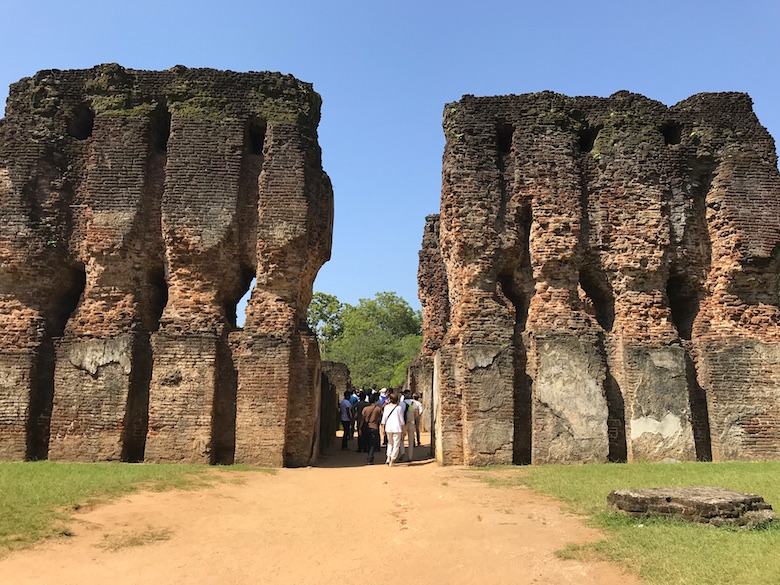 Hinduism is present among the ruins of Polonnaruwa to the present day. Five Hindu temples can be seen inside and outside the archaeological park. Shiva Devale No. 1 is one of these temples and also one of the last buildings built in the Polonnaruwa period. It dates back to the 13th century, when the Tamil Pandya rulers of southern India became increasingly powerful and influential in Sri Lanka. 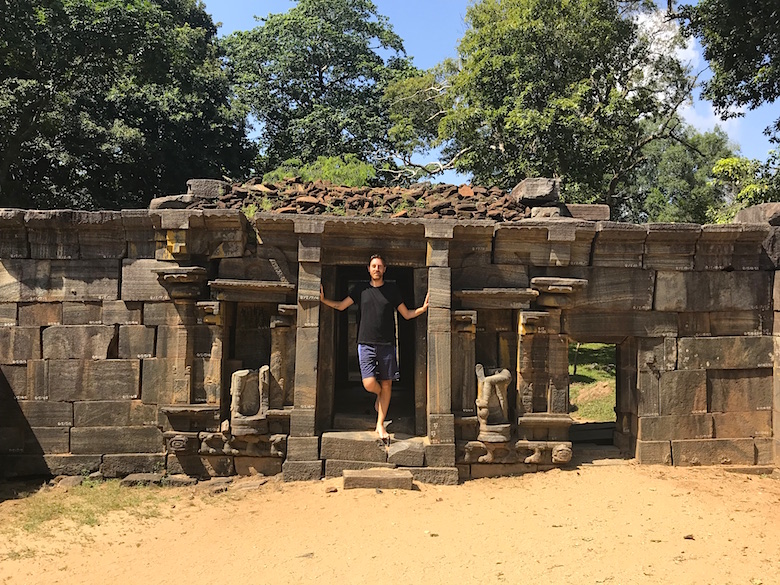 Just north of the Royal Palace Group is an elevated walled terrace with the most important and beautiful religious buildings of Polonnaruwa. The most dominant one is the Vatadage in in the southeastern corner. It is Sri Lanka’s finest example of an image house. Next to it stands Thuparama, the oldest image house in Sri Lanka, that houses different sculptures and a destroyed Buddha figure. Another highlight is Hatadage, an ancient relic shrine, which was used to keep the Relic of the tooth of the Buddha. 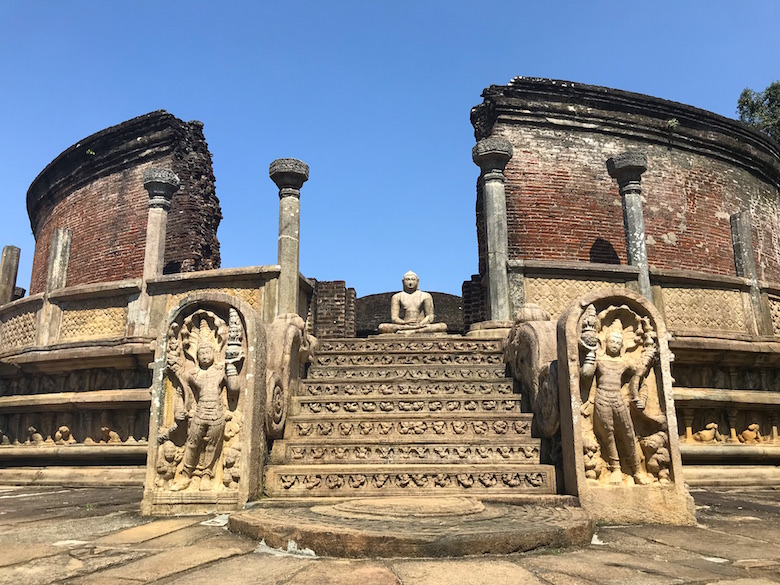 Shiva Devale No. 2 dates from the first half of the 11th century and has never been destroyed or damaged or desecrated by Buddhist rulers. 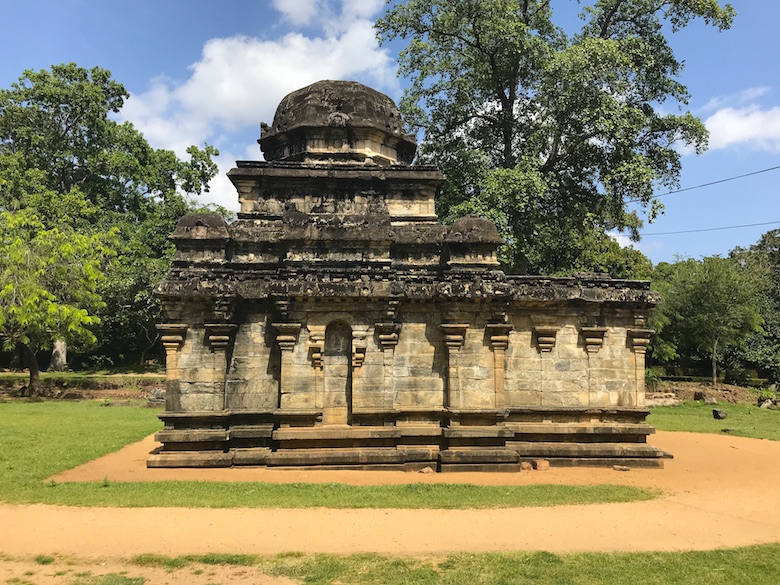 About 100 meters north of the Quadrangle lies a typical dagoba from the period of Parakramabahu. It is the third largest dagoba in Polonnaruwa. It is surrounded by remains of nine tiny image houses with a few well preserved buddha statues. 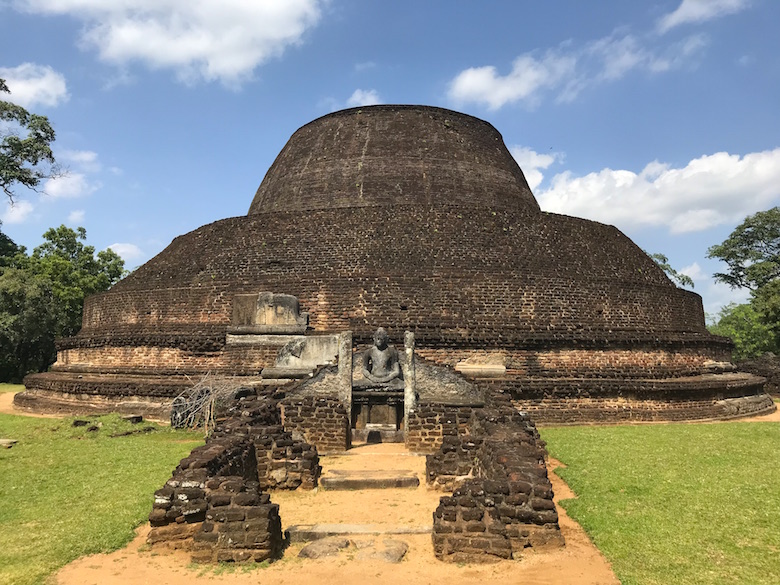 Rankot Vihara is the biggest well preserved dagoba in Polonnaruwa. It is 54 meters high and has a circumference of 165 meters on the ground. 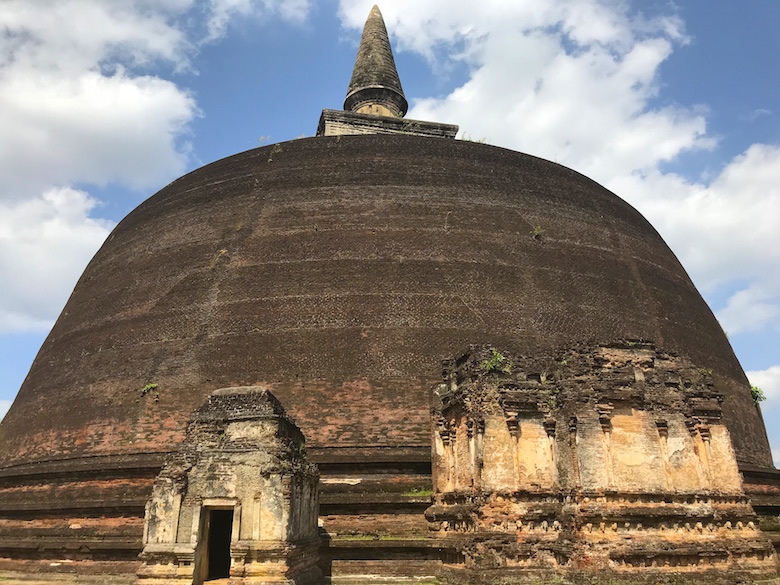 Manik Vihara is an Aramaic complex built in the 8th century. The complex has two small image houses, the closest one to the stupa housing three standing Buddha statues and a sitting Buddha statue. The other one houses a smaller statue. 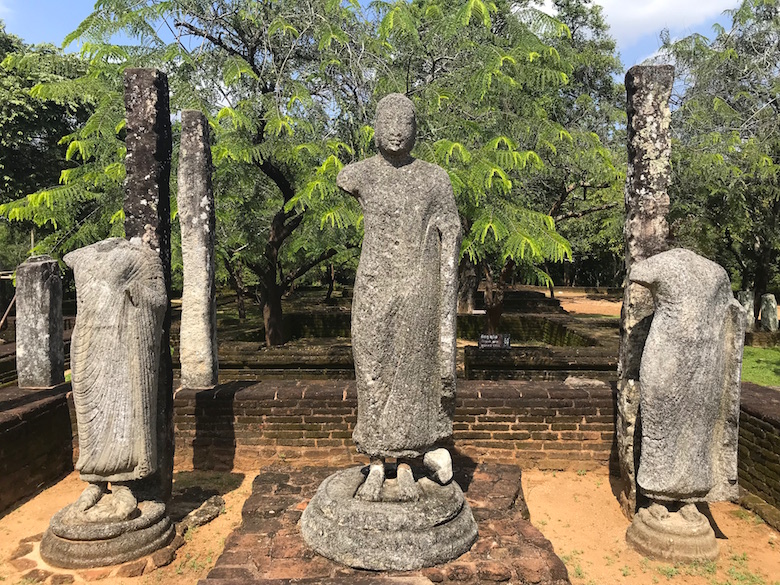 The massive image house Lankatilaka houses an impressive 13 meters high Buddha statue. The entrance to the statue was an open wooden porch supported by stone columns. The staircase balustrades in front of the entrance have ample ornaments like lions and gnomes.

The most beautiful rock statues of Buddha in Sri Lanka are those of Gal Vihara. It’s a group of four sculptures of different types and sizes that were carved out of the slope of a 50 meters long granite rock. The reclining Buddha measures 14 meters and represents the transition to nirvana. There is also a standing Buddha, a 1,50 meters high seated Buddha in a cave and a meditating Buddha on a lotus throne. 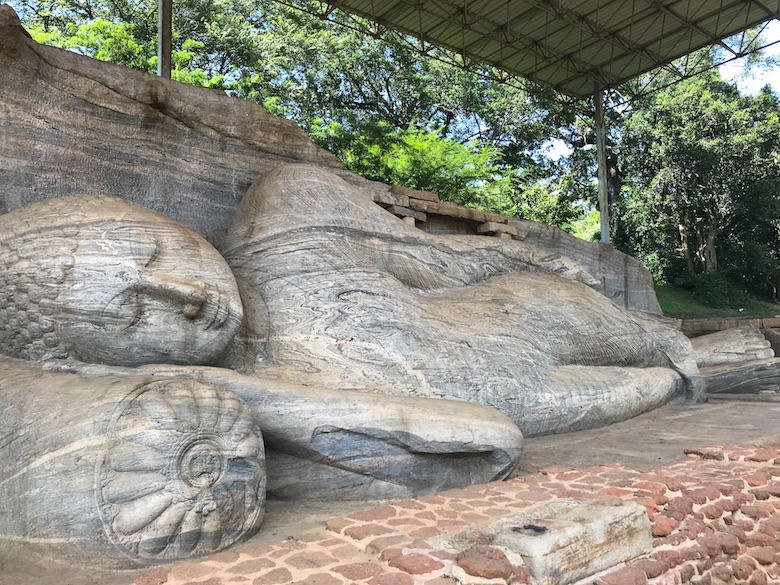 The massive Thivanka Image House has remnants of fine stucco ornaments on its outer facades. Inside the building are the brick remnants of a standing Buddha statue. The remains of the mural paintings are still easily recognizable and pick up classic buddhist themes. 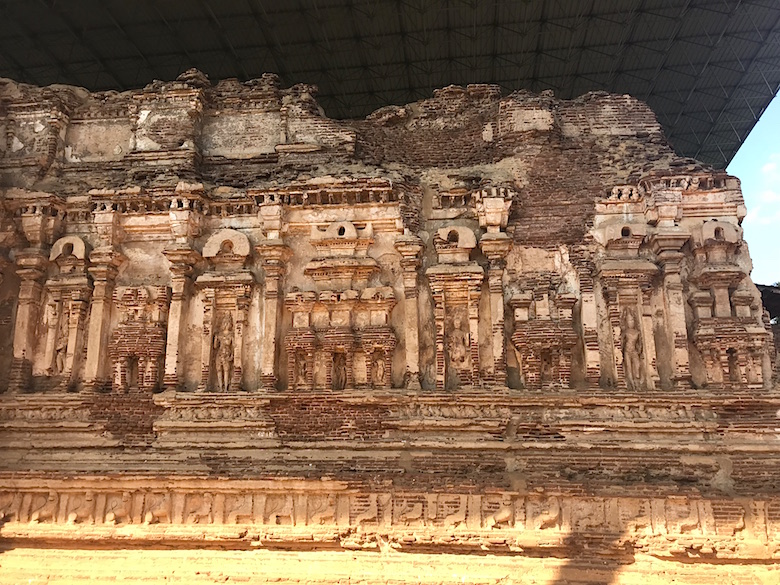