Bratislava is the capital of Slovakia and also the largest city of the country. The city is the economic, cultural and political center of Slovakia and offers a wide range of museums, galleries and educational institutions. Bratislava is quite compact, so that the most important sights can be reached on foot. Although the city doesn’t have as many astonishing sights as its “neighbors” Vienna and Budapest, the Old Town is worth a visit for its numerous amazing buildings and its pleasant and relaxed atmosphere as well as the old castle on the rock. Spending one day in Bratislava is enough to get a glance of the city, so for those that don’t wanna stay overnight, it is also possible to visit the city on a day trip from Vienna or Budapest. In order to see most of the interesting sights, I would recommend you following itinerary:

Start your visit  in front of the Radisson Blu Carlton Hotel and walk to the Slovak National Theatre and the Baroque era Reduta Bratislava Concert Hall constructed in 1773. The beautiful Church of St. Elizabeth, also called the Blue Church, which was built in 1907 should be next on your list. 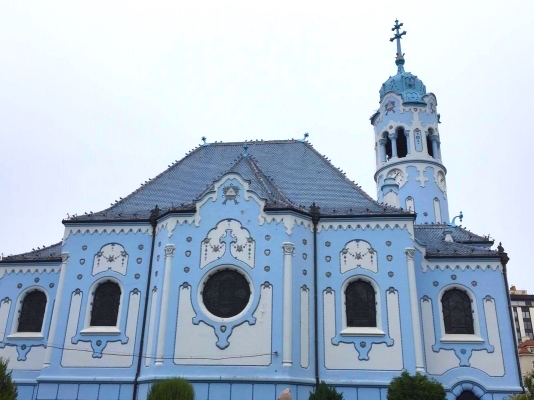 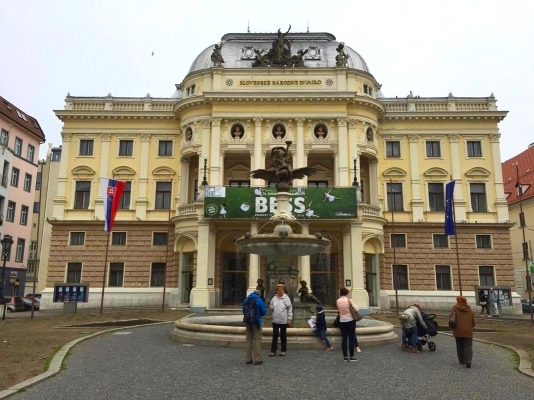 Walk to Spitalska Street where you will find St. John’s Church and St. Ladislav’s Church, before heading to Stara trznica, the Old Market building, which is used today as a concert hall and exhibition center. The Primate’s Palace with its lovely courtyard is one of the most beautiful buildings in Bratislava. 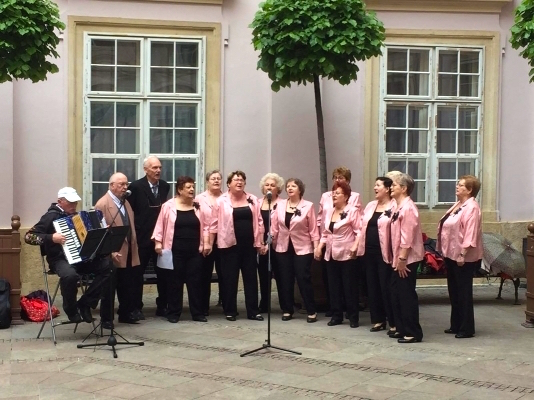 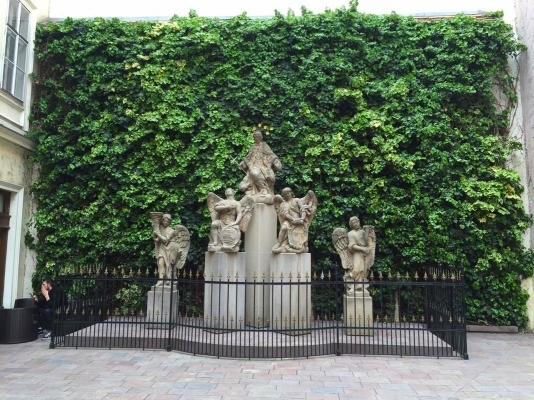 Next on the itinerary is the Old Town Hall which was built in the 14th century and is one of the oldest stone buildings still standing in Bratislava. Walk to St. Michael’s Gate, the last preserved gate of the medieval city fortification. If you wanna enjoy amazing views of the city, you can also climb up to the tower. 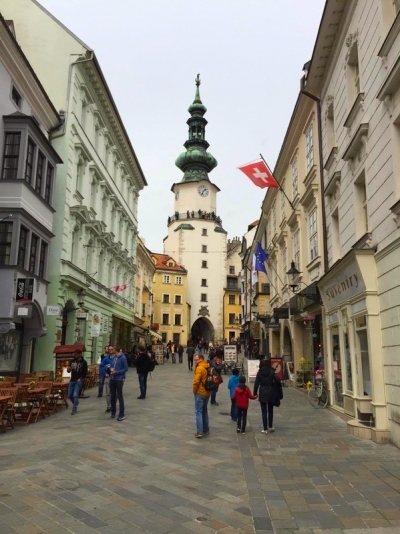 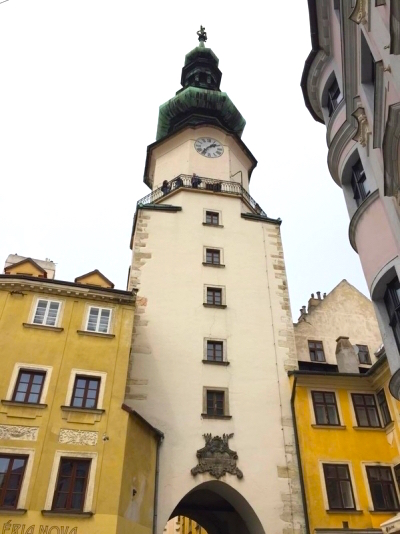 Just next to St. Michael’s Gate you will find the Trinitarian Church and the Capuchin Church. Further north you will see the Grassalkovich Palace, the residence of the Slovak President. After walking up a steep hill, far away from the tourist crowds, you will find the Slavin Memorial, a memorial monument and military cemetery of almost 7 000 Soviet soldiers who fell during the World War II. 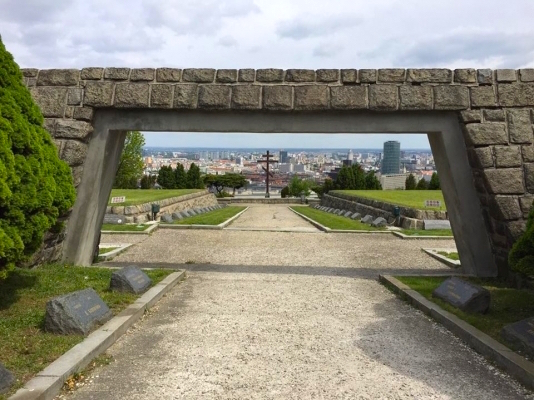 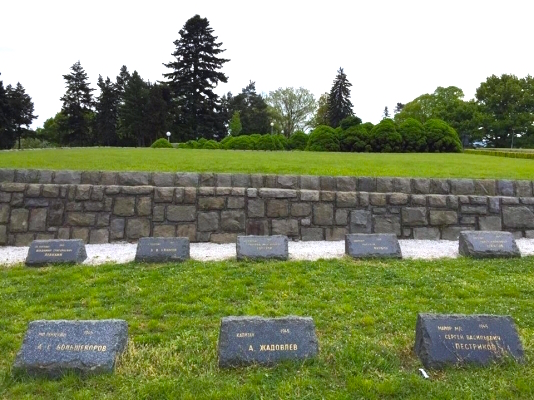 Bratislava Castle, the city’s most famous landmark, is waiting for you on a castle rock in a height of 85 meters. Today it serves as a representative venue for the Slovak Parliament and houses collections of the Slovak National Museum. From the top you have a nice view over the city and the Observation Deck UFO. 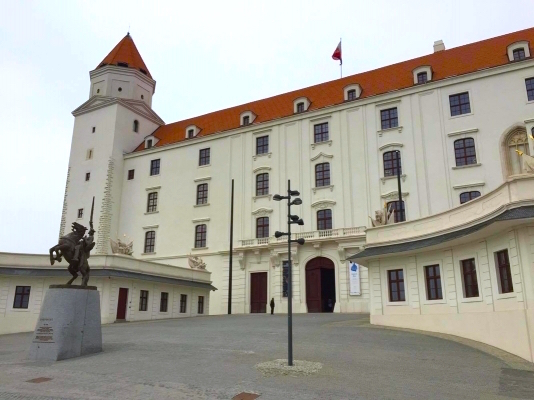 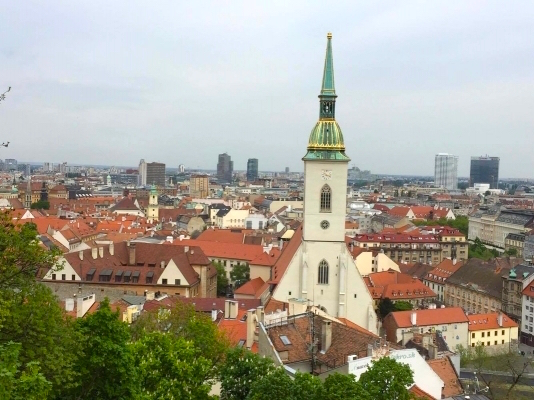 Before entering the Old Town again and visiting St. Martin’s Cathedral, the biggest and most significant church in Bratislava, you can walk along the ancient city wall. Walk back into the direction of the Radisson Blu Carlton Hotel and grab a bite or buy some souvenirs. 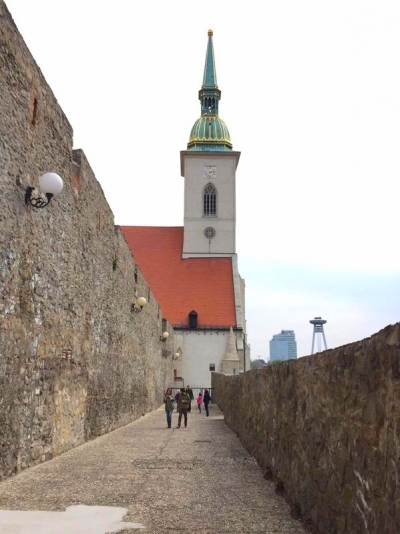 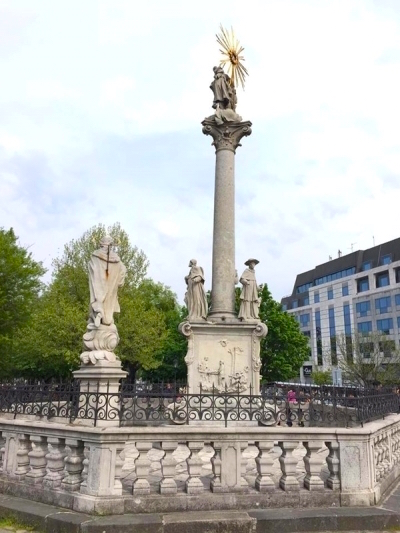