Bangalore is the capital of the state of Karnataka in southern India and the third largest city in the country. India’s fastest-growing city has become the world’s most important start-up location alongside Silicon Valley. Thousands of domestic and foreign high-tech companies such as Amazon, Siemens and IBM have settled in Bangalore. With its extensive parks, gardens, avenues and lakes, Bangalore is often referred to as the “garden city of India”. I spent a day in Bangalore and was pleasantly surprised by the city. Compared to other major Indian cities, I found Bangalore to be very relaxed and clean. I could easily explore the city without feeling overwhelmed by the crowds. In addition, the city has some great attractions to offer and the city center can easily be explored on foot. Check out the perfect itinerary for one day in Bangalore.

Starting point is St Marks Road, one of the city’s most popular shopping streets. Walk past the lovely St Mark’s Cathedral until you reach the popular Cubbon Park. In the 121-acre Bangalore oasis, you can find more than a hundred different tree and plant species. The park also houses the beautiful Karnataka High Court building. Directly opposite, you can admire one of the city’s most popular attractions, Vidhana Soudha. The four-storey building serves as a parliament and secretariat and was built entirely of granite in a Dravidian style. (Duration: 2 hours) 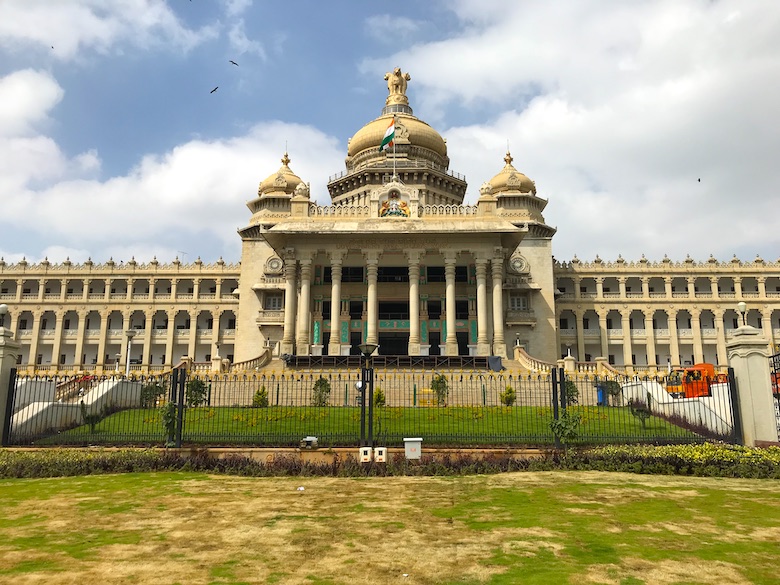 Walk down Post Office Road and Avenue Road until you reach the Krishnarajendra City Market. With numerous stalls, the largest and most vibrant market in Bangalore is a feast for the senses. Right next to the market is the beautiful Jama Masjid. The city’s oldest mosque has an impressive façade adorned with elaborate jali-work and floral motifs. In the immediate vicinity of the mosque you can also explore the last surviving ruins of the popular Bangalore Fort from 1761. (Duration: 90 minutes)

Next, head to two other popular attractions in Bangalore. The Tipu Sultan Palace from 1791 delights with its columns made of teak wood and ornamental frescoes. The Venkataraman Temple impresses with its beautiful ornaments. (Duration: 60 minutes)

Get into an auto-rickshaw and head to the beautiful Palace of Bangalore which was completed in 1887. The palace was modeled after Windsor Castle in England and consists of several towers. Inside the palace you can admire precious furniture, hunting trophies and unique wood carvings. (Duration: 2 hours) 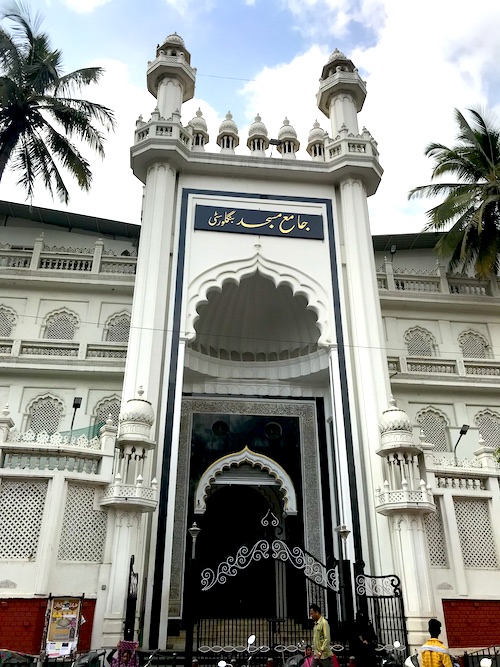 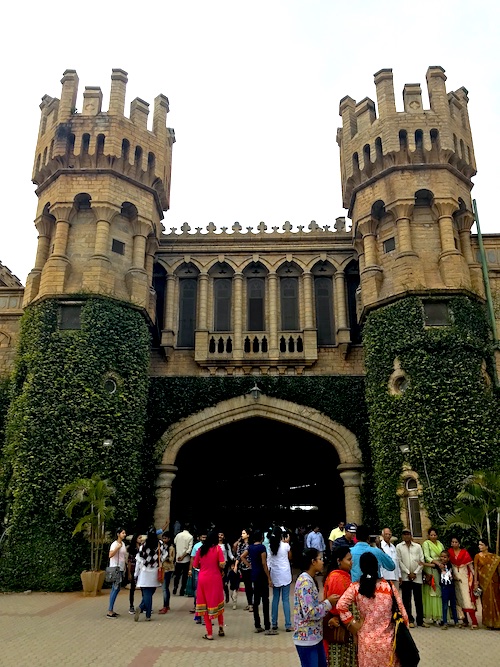 Go back to the city center by auto-rickshaw and visit the wonderful Lalbagh Botanical Gardens. The botanical garden with its numerous fountains, lotus ponds and tropical plants is the perfect place to linger and relax. One of the highlights of the Lalbagh Botanical Gardens is the greenhouse, a replica of South London’s Crystal Palace.  (Duration: 90 minutes)

The Botanical Garden marks the end of your one day itinerary in Bangalore. Let the day end in one of the many shopping malls (Orion Mall, Phoenix Market City, Lifestyle) or in the trendy district of Indiranagar.

The Garden Route in South Africa – 10 Top Things to Do