Cordoba is the third largest city in Andalusia and is full of fascinating culture and architecture. Romans, Spaniards and Arabs have left their mark on the city and that makes Cordoba so unique. With almost half a million inhabitants Cordoba was even one of the largest cities in Europe in the 10th century. The city is best known for its beautiful old town and its Mezquita, the third largest mosque in the world. Cordobas main attractions are spread over the entire old town. Its compact size makes it easy to explore them on foot. The city also caters for a day trip from Seville. In 40 minutes you can reach Cordoba by express train. Check out the perfect itinerary for one day in Cordoba.

Starting point of your Cordoba one-day itinerary is the Mezquita, the absolute top attraction of the city. The imposing building stands out for its 856 artistic columns, its chancel and altar vaults, its treasury and its bridge arches. The entrance ticket to the Mezquita costs 10 € and can be purchased at the cash desk on site. It is definitely worth coming early to escape the tourist crowds. (Duration: 90 minutes)

Next, head to the Alcazar de los Reyes Cristianos. This remarkable structure dates back to the 14th century and was used as a palace, fortress, tribunal and prison. Especially the gardens with their waterworks and the fortress walls, from which you enjoy a great view of the old town, are unique. (Duration: 90 minutes)

Right next to the Alcazar de los Reyes Cristianos you can find the Arab Baths of the Caliphate. They are accessible to the public in the form of a museum. There’s not much left of the original baths, but the numerous explanatory boards and videos make up for it. (30 minutes)

Your lunch break is best spent in Calle Cardenal Gonzalez. There are a few nice side streets with great tapas bars. 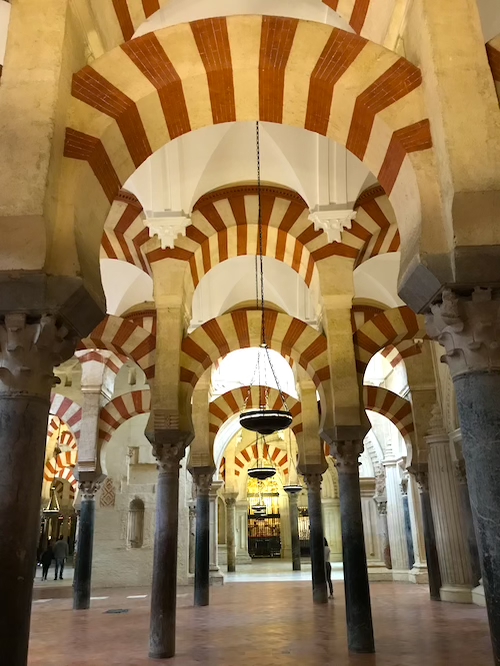 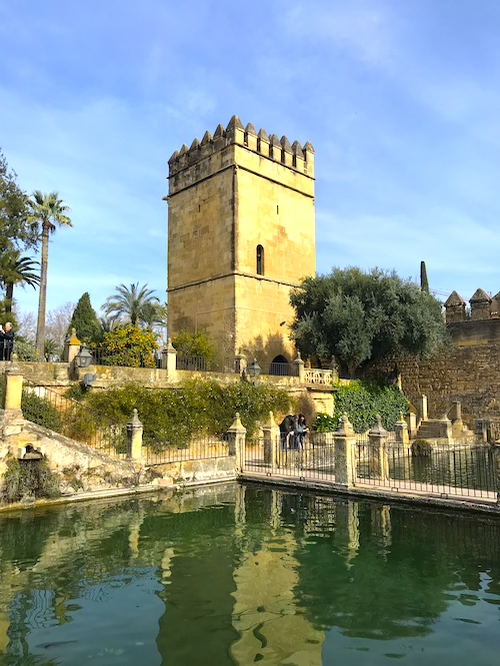 Next stop is the beautiful Plaza del Potro with its 16th-century Renaissance fountain. The highlight of the square is the Posada del Potro, which is mentioned in Miguel de Cervantes’ work Don Quijote and thus gained international fame. Today it houses the very interesting Centro Flamenco Fosforito, in which the history of flamenco is explained visually and acoustically in an impressive way. (60 minutes)

A little further north lies one of the most popular squares in Cordoba. The Plaza de la Corredera is lined with magnificent buildings such as the Mercado de Sánchez Peña, the old town hall and the Casa de Dona Jacinta. There are numerous cafes and tapas bars on the square. The ideal place to take a short break. (45 minutes)

Head towards the Mezquita and explore the Plaza del Triunfo with its impressive Puerta del Puente and the column San Rafael Arcángel. After that, walk to the Puente Romano. The bridge will lead you across the Quadalquivir River to the next imposing building, the Torre de Calahorra. Considered the oldest fortress of Cordoba, this Arab fortress houses the Museum Vivo de Al-Andaluz, which traces the history of Andalusia with exhibits of three cultures (Muslims, Christians, Jews). (45 minutes)

Thus ends your one day itinerary  in Cordoba. To end the day, you can sit in one of the many bars along the street Ronda de Isasa. 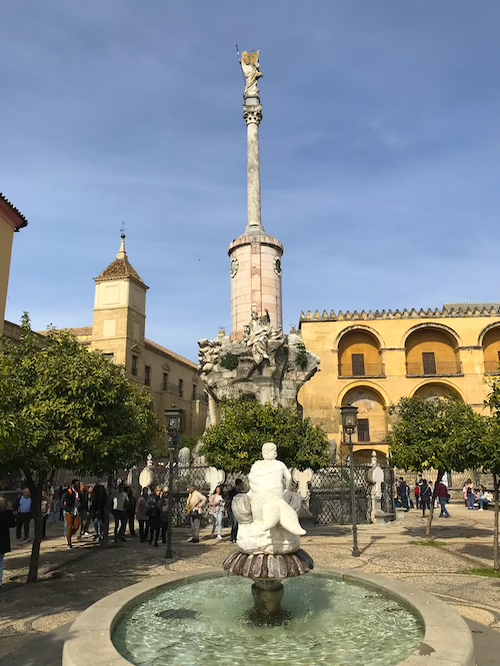 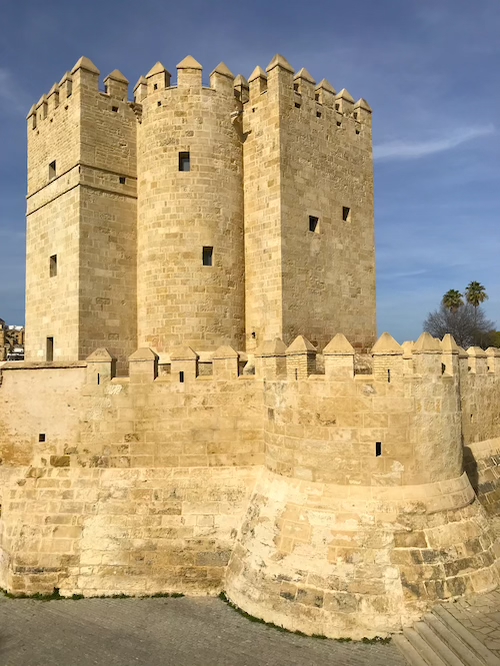