Old Goa, also called Velha Goa, is located in the West Indian state of Goa. This historical city was the capital of the Portuguese colony for a long time. Up to 300,000 inhabitants lived in it. Several malaria epidemics hit the city. The worst of these are dated to the 17th century and the beginning of the 18th century. At that time the healthy residents left the capital and settled in the suburb of Panaji. Though the viceroy of Portuguese India stuck to the city. Velha Goa was his seat of government until 1759 and also the capital of the colony until 1843. Only after 1843, the suburb Panaji was recognized as the new capital and Velha Goa was left to its decline. Today Old Goa is a popular tourist destination. Its fabulous churches, ancients ruins and impressive cathedrals can be easily visited on a day trip from Panaji or from the coastal areas. I was staying a few days in Anjuna, a popular beach destination, and went to Old Goa by cab. It took me around one hour to get there. The city can be easily visited on foot. It took me two hours to see all the most important sights. Here are the 5 best places to visit in Old Goa:

The Sé Cathedral is the largest church in Old Goa. Its construction began in 1562, during the reign of King Dom Sebastiao. It was completed in 1619 and was built in a Portuguese-Gothic style with a Tuscan exterior and Corinthian interior. The church originally had two towers, but the south tower collapsed in 1776. The still-existing tower houses a famous bell, one of the largest in Goa, often called the Golden Bell. 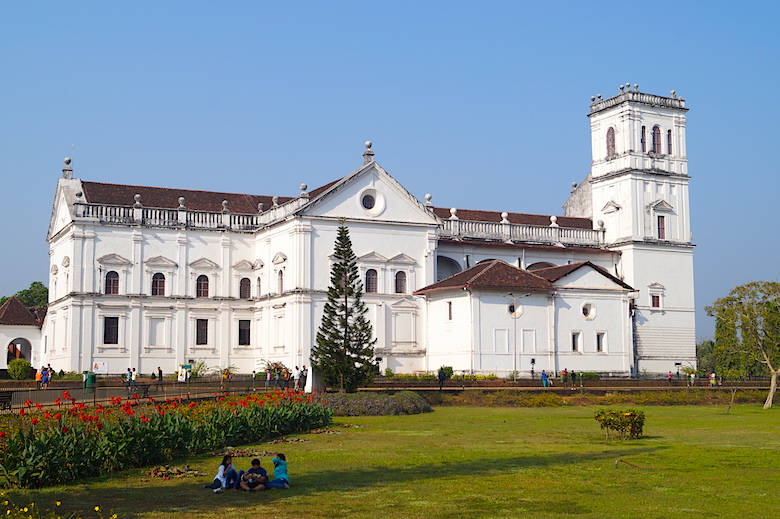 Church of St. Francis of Assisi

The Church of St. Francis of Assisi is one of the most interesting buildings in Old Goa. It contains gilded woodwork, old murals depicting scenes from the life of St. Francis, and a floor with grave slabs dating back to 1500. Today the convent at the back of the church is housing the archaeological museum. Many portraits of Portuguese viceroys are hanging there. 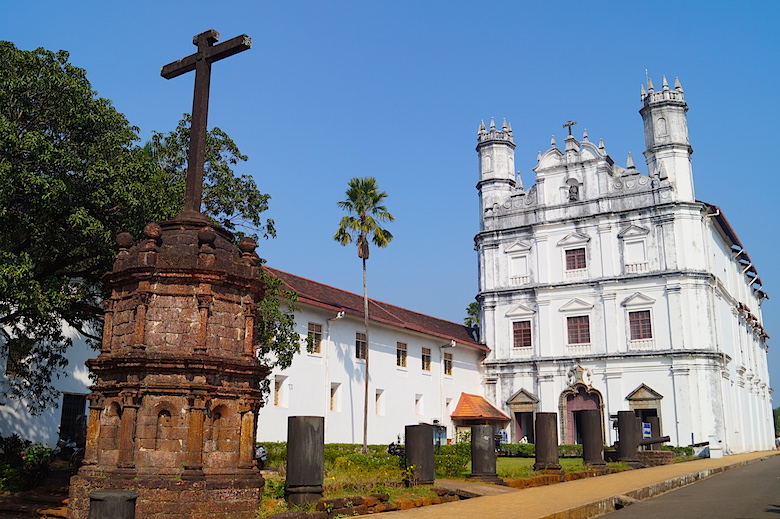 The Monastery of St. Augustine was built in 1602 by Augustinians who came to Goa in 1587. In 1835 it was abandoned under the pressure of the Portuguese government. In the 19th century the dome came down and in the 20th century the façade, the half tower and the remaining parts of the building collapsed. Today you can just see the ruins and the remaining 46 m high bell tower. 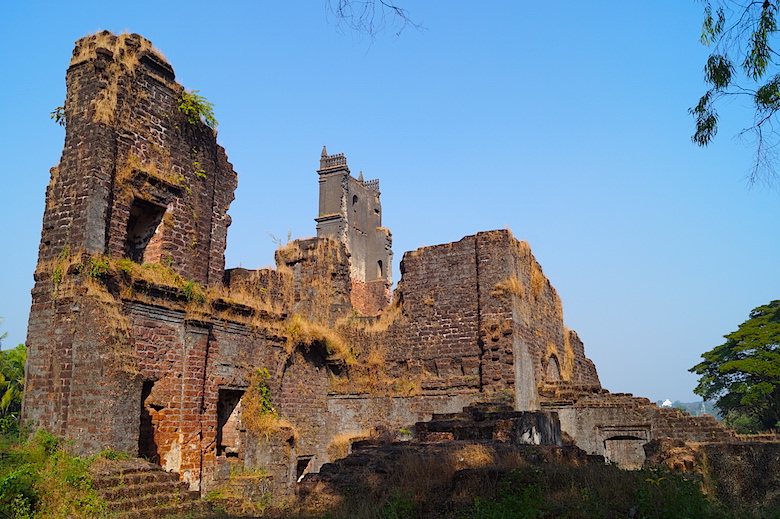 The Basilica of Bom jesus plays a significant role in the Roman Catholic Church. It is the resting place of the remains of St. Francis. In 1541 he was given the task of spreading Christianity in the eastern Portuguese colonies. Its construction began in 1594 and was completed in 1605. Apart from the golden altars, the highlight of the basilica is the tomb of St. Francis. 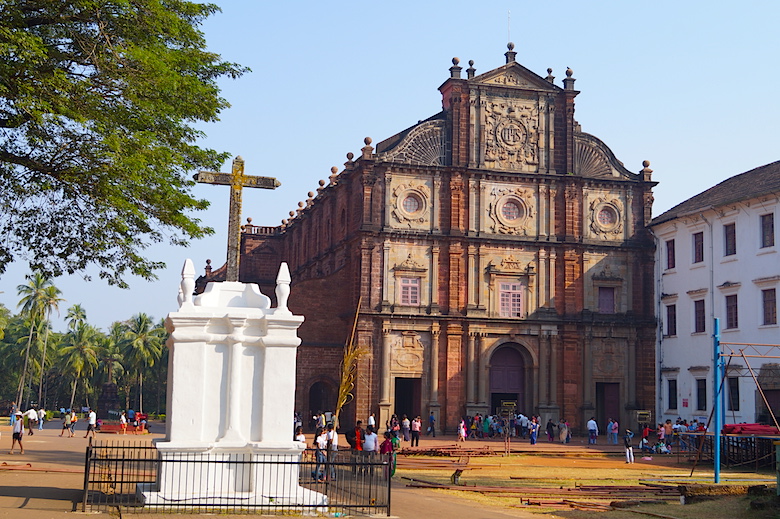 Right next to the triumphal arch you can find the Church of St. Cajetan with its spectacular dome. Monks of the order of Theatines built the church based on the St. Peter’s Basilica in Rome. Although the exterior of the church was built in a Corinthian style, some of the ornaments feature non-european influences. 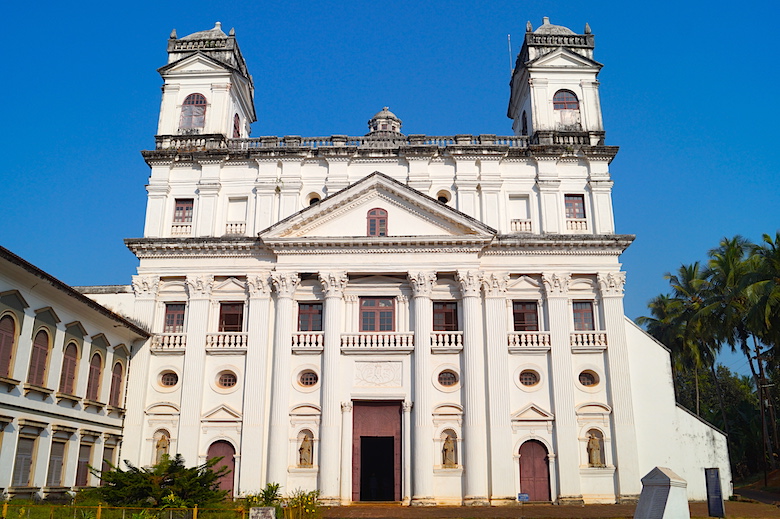