New York City, the city that never sleeps, is unique, exciting and one of the cities that you need to visit at least once in your life. With around 9 million inhabitants New York City is the most populous city of the United States and one of its economic and cultural center. Delicious restaurants, famous buildings, a vibrant nightlife and fancy stores are just a few options you have while visiting New York City. Even if the city is divided into five boroughs (Brooklyn, Manhattan, Queens, The Bronx and Staten Island), you will spend most of your time in Manhattan, where you can find most of the top attractions. New York City has an excellent public transportation system with busses and subways that will bring you from one point to another in a short amount of time. Nevertheless I would recommend that you walk as much as possible, especially in Manhattan, because life is happening on the streets. Take at least one week to cover Manhattan and some parts of Brooklyn. If you want to explore even more districts of New York City, you need more than one week. Here are my personal top things to see in New York City.

Top of the Rock

From outside the Rockefeller Center doesn’t look that impressive, but from its observation desk called Top of the Rock, you have amazing views over Manhattan. The best time to visit Top of the Rock is in the late afternoon just before sunset, so that you can see the city during daytime and nighttime. Especially the views on Empire State Building and Central Park are astonishing. 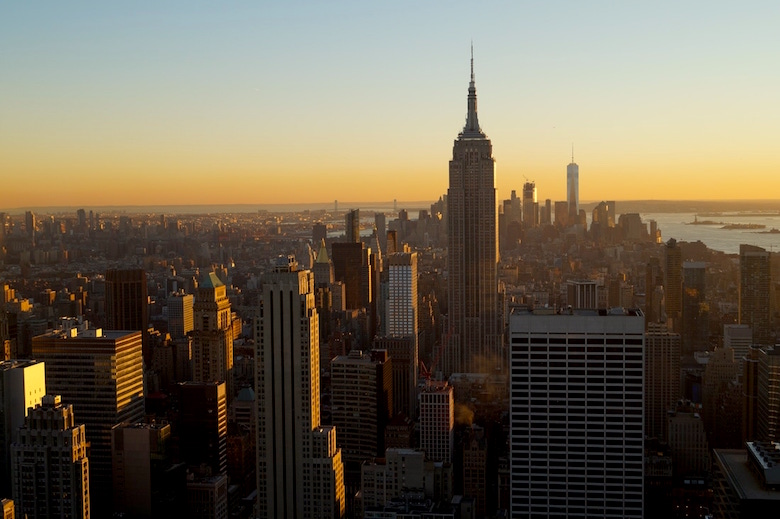 The most iconic landmark of New York is definitely the Statue of Liberty, which France gave to the States as a gift in 1876. A ferry fro Manhattan will bring you to Liberty Island on which the Statue of Liberty is standing. You can either watch the statue from the outside for free or you can buy a special ticket (in advance is recommended) which allows you to go either on the pedestal or 354 stairs up to the flame. 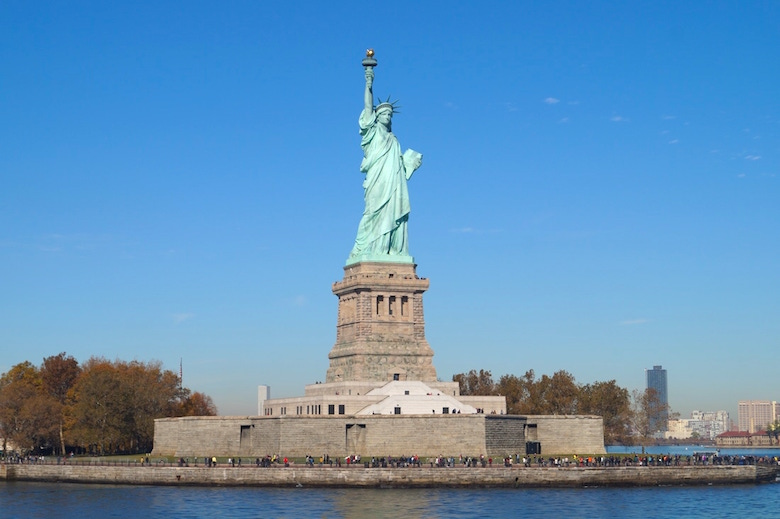 One of the most recent projects in New York is the September 11 Memorial & Museum which was built in memorial of the tragic events which hit the United States in September 2001. Two gigantic reflecting pools with the names of the more than 3000 victims who died in this terrorist attack, were built at the exact place were the Twin Towers were once standing. In front of the pools you can admire the amazing freshly built One World Trade Center, where you can also buy a ticket to get to the top of the building to enjoy nice views of the city. The September 11 Museum is just fascinating, because it shows with pictures, videos and original pieces the tragedy that occurred during that day. You can even see the original foundations of the Twin Towers, as the museum was built at the exact location of the towers. 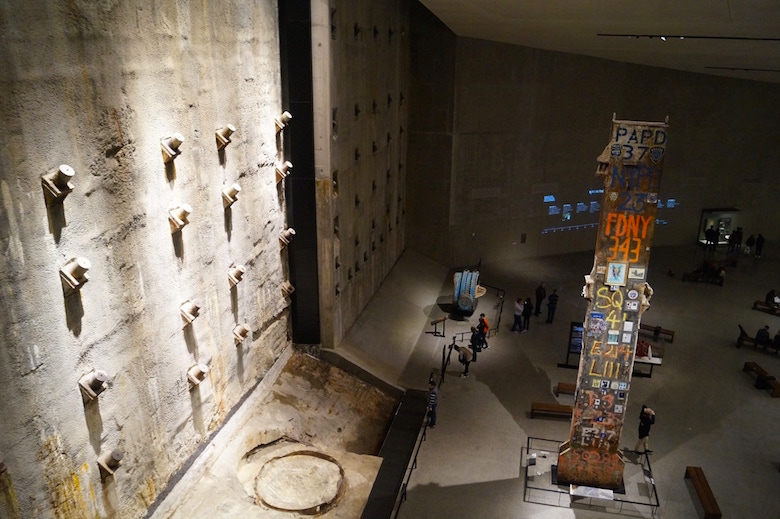 Central Park is definitely one of the most popular parks in the world and that with good reason. With an area of 840 acres including 36 bridges and arches, you can spend hours strolling around and escaping the busy life of noisy Manhattan. My personal highlights of the things you have to see in Central Park are: The Mall & Literary Walk, Wollman Rink, Strawberry Fields, Belvedere Castle, The Lake and Bethesda Terrace. 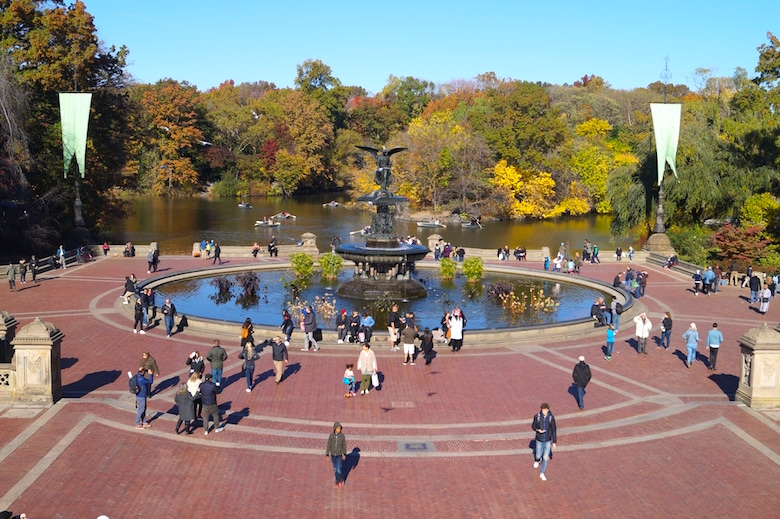 No visit to New York City is complete without visiting Times Square. Times Square feels like a world of its own with all its blinking electronic screens and striking billboards. Especially at night Times Square has a unique vibe and atmosphere, so no wonder that with its 50 million annual visitors it is one of the most visited tourist attractions in the world. If you have a higher budget you can also attend one of the several shows at the Broadway Theater, which is also at Times Square. 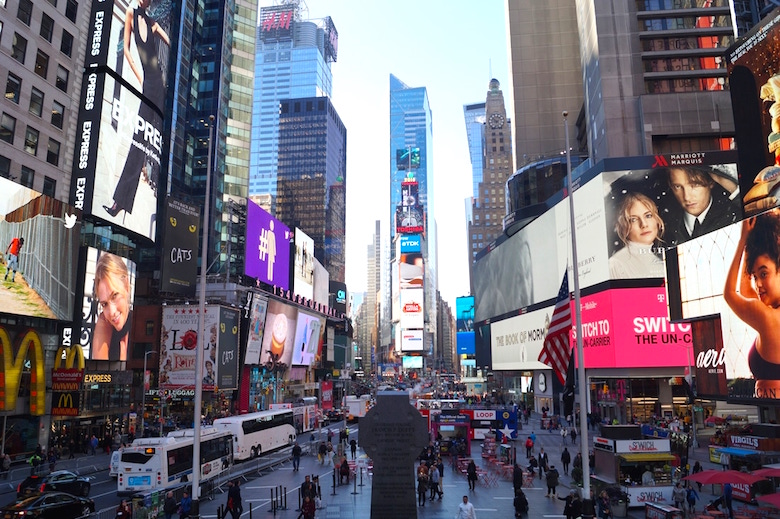 Chelsea’s most recent attraction is one of the highlights of the district. On a former historic freight rail line a public park was created which is almost 3km long. From the park you have nice views on the district and on the surrounding buildings. Don’t miss the almost naked statue of a guy that stands at the end of the high line, which looks so real. 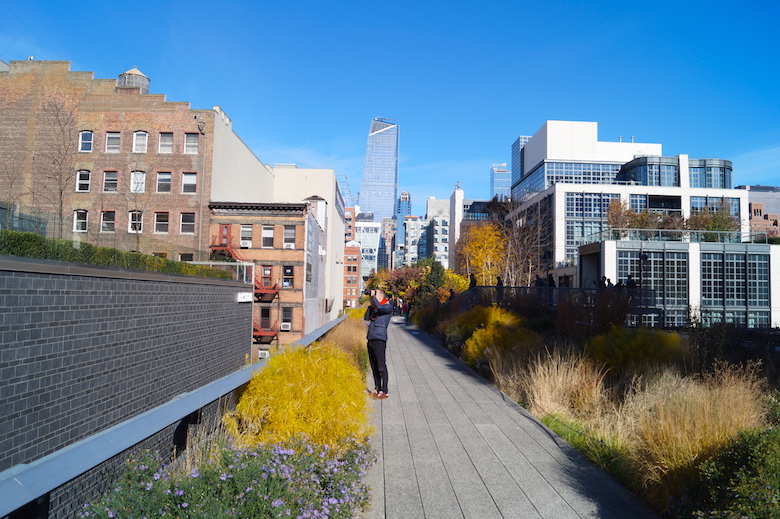 Usually called the “MET”, the Metropolitan Museum of Art is the largest museum of art in the United States. Around two million works can be admired in 17 different departments. Among these works are sculptures and paintings from Europe, Indian and Islamic art and also collections of modern art can be admired. Plan to stay at east two hours. 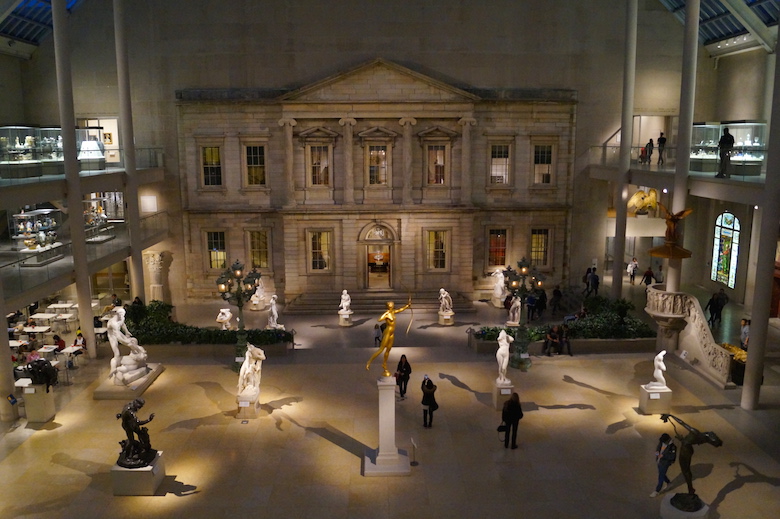 Brooklyn Bridge, the most famous bridge in New York and one of the oldest bridges in the United States, connects the two districts Brooklyn and Manhattan. It s fun to walk over the bridge as you have an amazing view on the skyline of Downtown Manhattan. With its numerous piers Brooklyn Bridge Park is also a perfect location to have a look at the skyline and the Brooklyn Bridge. For children the antique Jane’s Carousel with its 48 wooden horses is a must. 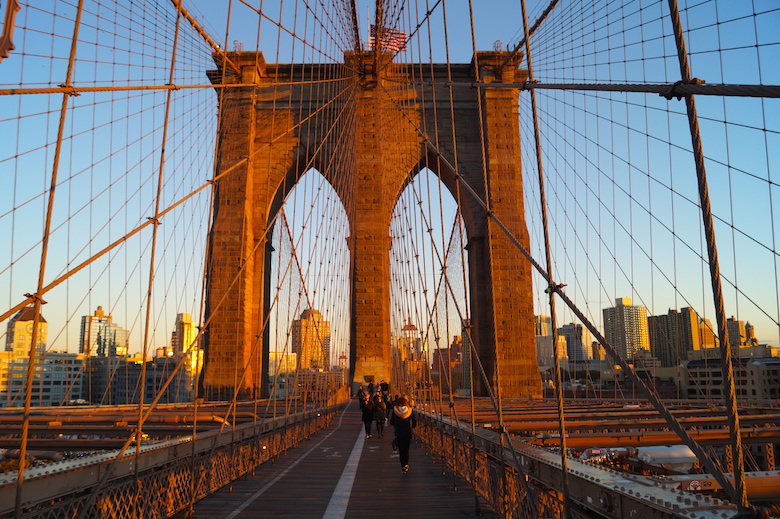 MOMA, the abbreviation for the Museum of Modern Art, is one of the most influential museums of modern art in the world. Drawing, paintings, sculptures photographs and films from the most popular artists of our time are exposed in this impressive building. Plan to stay at least two hours. 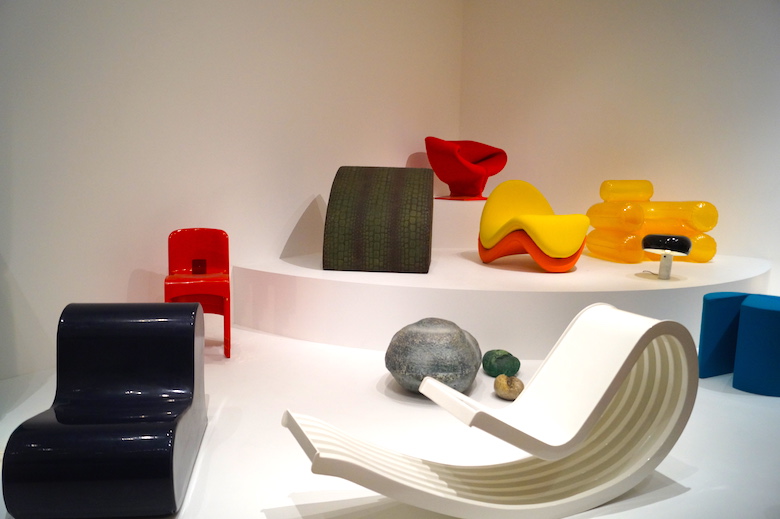 Grand Central is a railroad terminal in Midtown Manhattan and is famous for its majestic main concourse. The large American flag was hung in the main concourse a few days after the terrorist attacks on the World Trade Center. 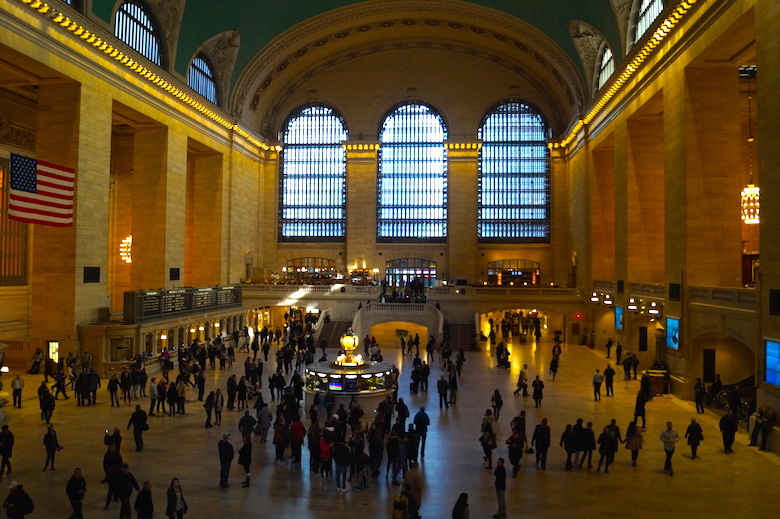 Usually tourists combine Elis Island with a trip to the Statue of Liberty, because the ferry that brings you to Liberty Island will also stop at Ellis Island. Ellis Island was the gate to America for more than 12 million immigrants. The Immigration Museum, the main reason to come to Ellis Island, tells you in a really interesting way why the immigrants came to America, how they came to America and how the registration procedure took place. You can even visit the original Registry Room, also known as the Great Hall, were the freshly arrived immigrants had to show their papers. Plan to stay at least two to three hours. 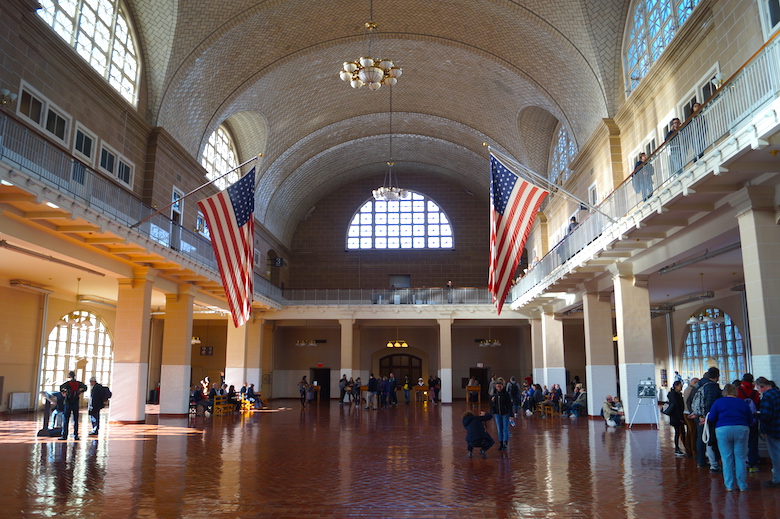 After its completion in 1846 Trinity Church was the highest building in the city. In the cemetery, just in front of the church, you can find among other graves the one of Alexander Hamilton one of the Founding Fathers of the United States. 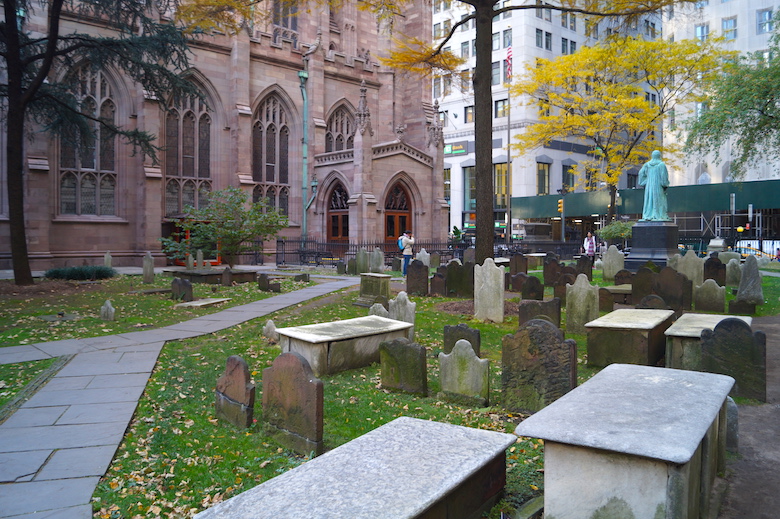 The Financial District of New York is especially famous for one street called Wall Street. Many offices and banks are surrounding Wall Street, but especially the Federal Hall and the New York Stock Exchange are worth to see. 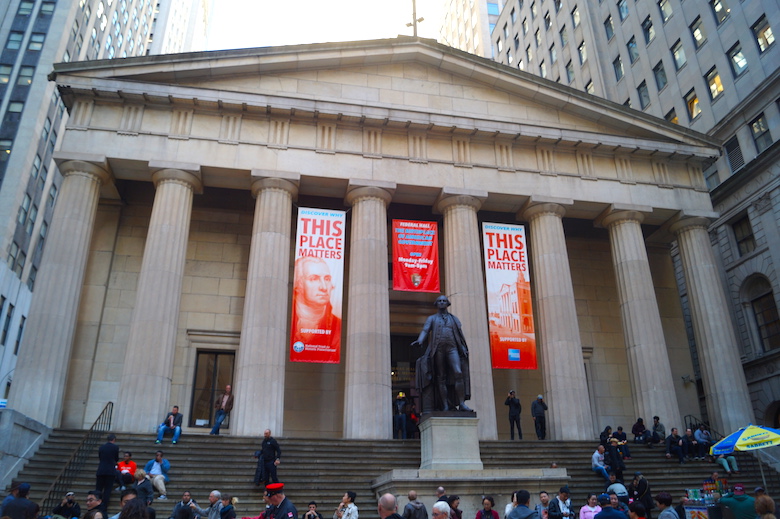 With a library, a planetarium and 45 permanent exhibition halls, the American Museum of Natural History is one of the biggest museums in the world. More than 33 million specimens of fossils, plants, animals, rocks and artifacts are exposed so that you need enough time and a plan of what you want to see. Don’t miss the fascinating dinosaur fossil collection on the 4th floor. 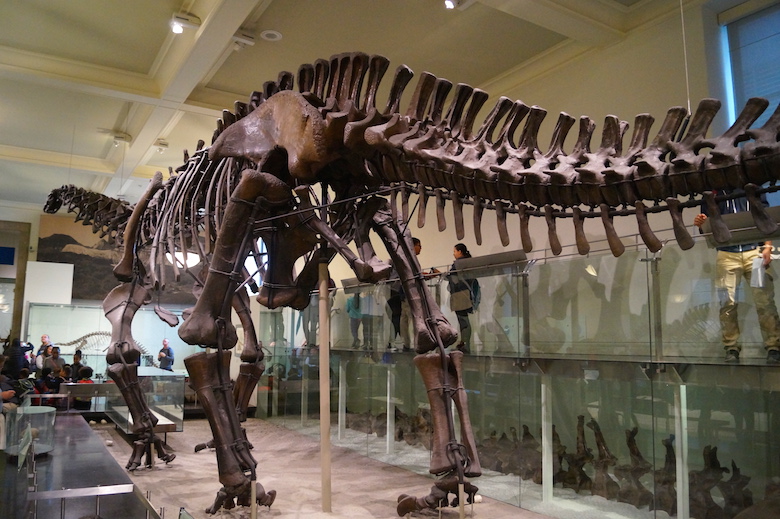 You are hungry? Then you have to go to Chelsea market at least once while you are visiting New York City. Chelsea Market was founded in 1990 in a former fabric and houses excellent restaurants, food stands, book stores and trendy shops. Try a delicious lobster meal at „The Lobster Place“. 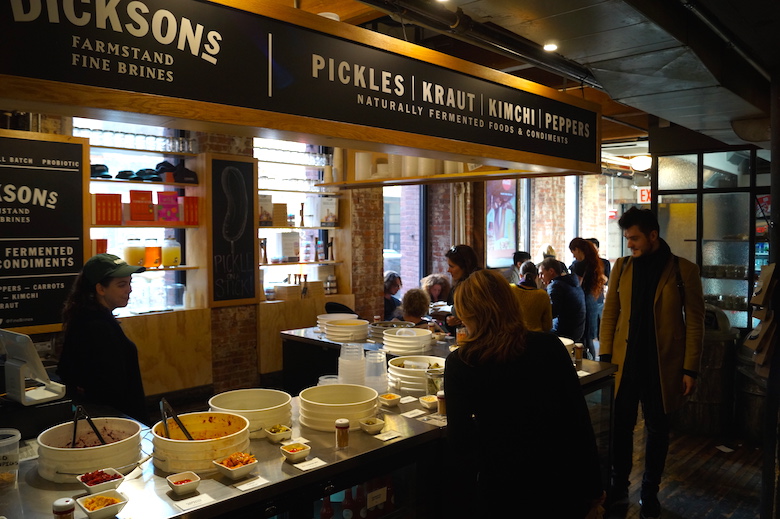 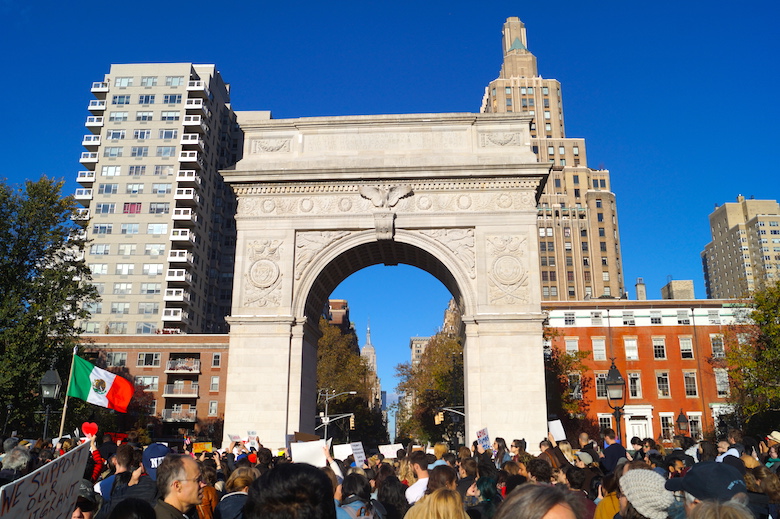 One of the most interesting landmarks in New York City is definitely the Flatiron Building. By the time of its completion in 1902 it was one of the highest buildings in the city. With its resemblance to a household clothes iron it is one of the world’s most iconic skyscrapers. 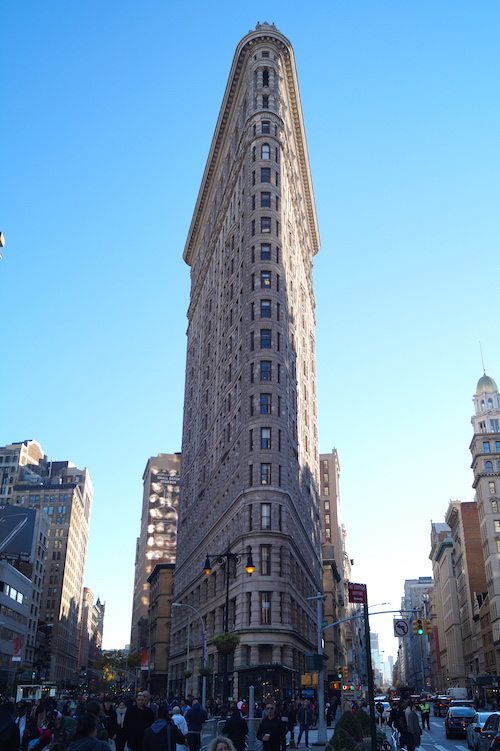 14 Top Things to See and Do in Dubai