Kashan is s a city located in the province of Isfahan in the central highlands of Iran. The scenic appeal of Kashan is largely due to the contrast between the mountainous landscape and the nearby desert. Benefiting from the good climate, there is a distinct agriculture. Especially the cultivation of roses, from which rose water is obtained, plays an important role. Rose water is offered everywhere on the roadside or in the shops and you can buy petals that are used dried and crushed as a spice for desserts. Kashan is also famous for its carpets, velvet fabrics, glazed ceramics and tiles. It is my favorite city in Iran due to its its relaxed atmosphere and open minded inhabitants. You can easily spend a few days in the city exploring the sights and the bazaar or just spending a few hours in a tea house. Try to book a few nights in one of the numerous historical houses, which have been converted into guest houses and hotels. It’s a unique experience. Here are the best places you have to visit while staying in Kashan.

Sultan Amir Ahmad Bathhouse is a 16th century public bath house, built during the time of the Safavid Empire. Characterized by vaulted ceilings, exquisite mosaics and paintings, this beautiful structure is one of the most beautiful and best preserved historic bathhouses in Iran. The bathhouse has the shape of a large octagonal hall with an octagonal pool in the middle and surrounded by eight pillars separating its outer seating area. The roof of the bath house is made up of several domes that contain convex lenses to provide sufficient lighting for the bathhouse while concealing it from the outside. 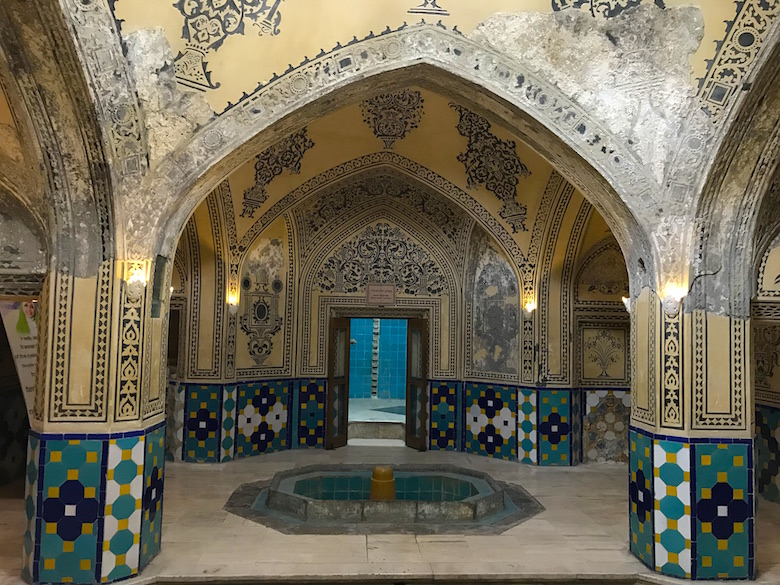 Agha Bozorg Mosque was built in the 18th century and is one of the most famous mosques of the Qajar dynasty. Its mighty dome and its two minarets decorated with tiles, are still among the tallest buildings in Kashan. Agha Bozorgh Mosque was constructed for prayers, preaching and teaching sessions held by Agha Bozorg. 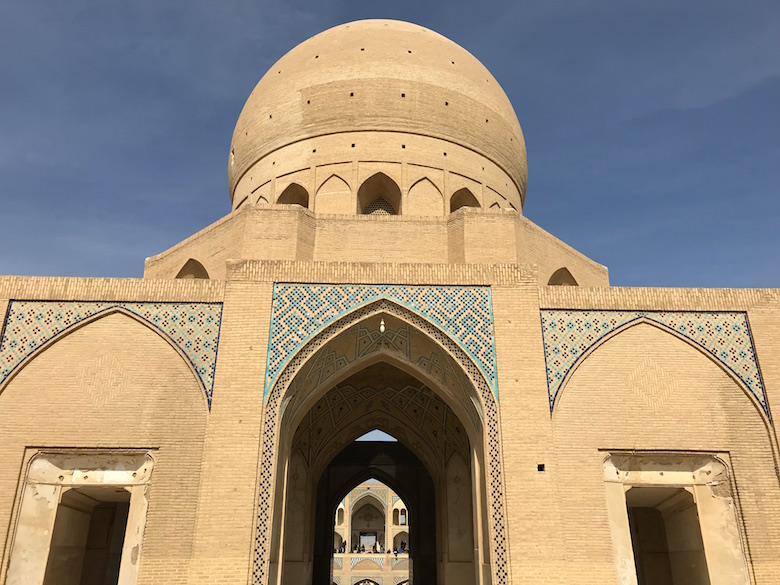 The Tabatabaie House in Kashan is considered one of the city’s historical attractions.The house was built in the early 1880s for the wealthy and influential Tabatabaei family. The building complex consists of four courtyards and is decorated with magnificent murals and artistically designed glass windows. 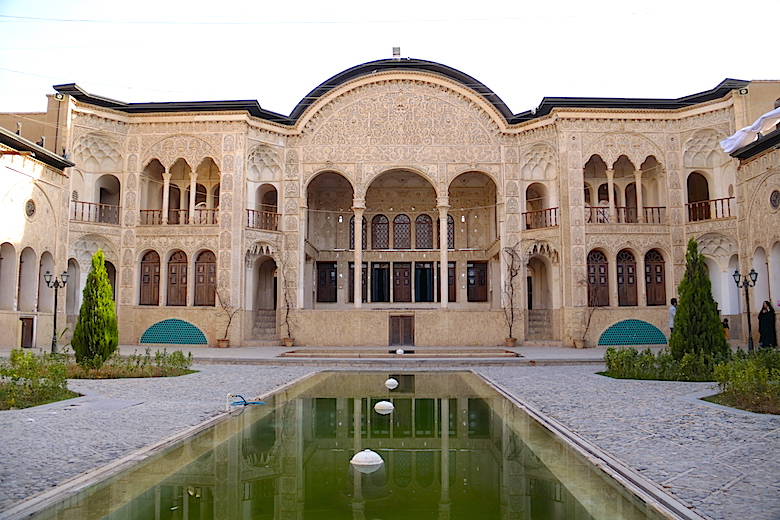 Aminoddole Caravanserai is an old caravansarai in the middle of the bazaar of Kashan. The ceilings and facades look fantastic and will transport you to another time. You will find some shops and a teahouse in the caravanserai. 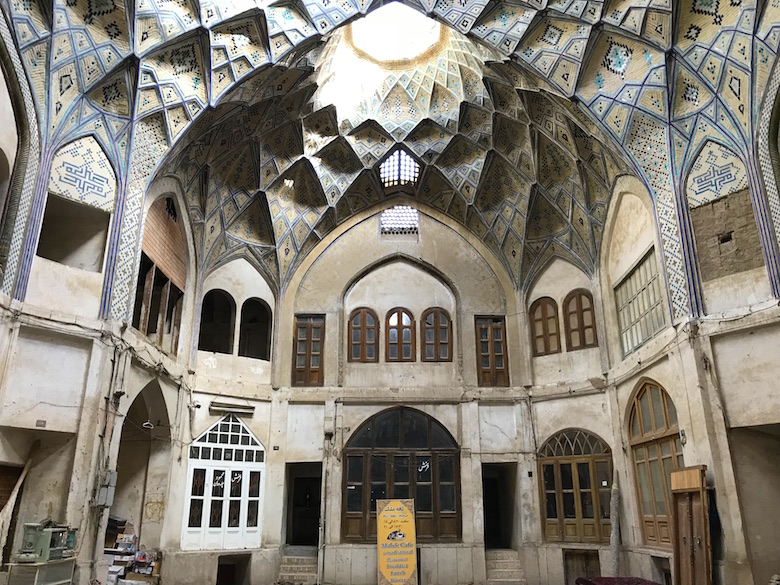 The Abbasi House is a large historical house which dates from the late 18th century. It is a good example for Kashan’s residential architecture. It has four courtyards with pools for cooling the air. Fine carvings adorn the walls and the crested domes were built to heat the rooms. 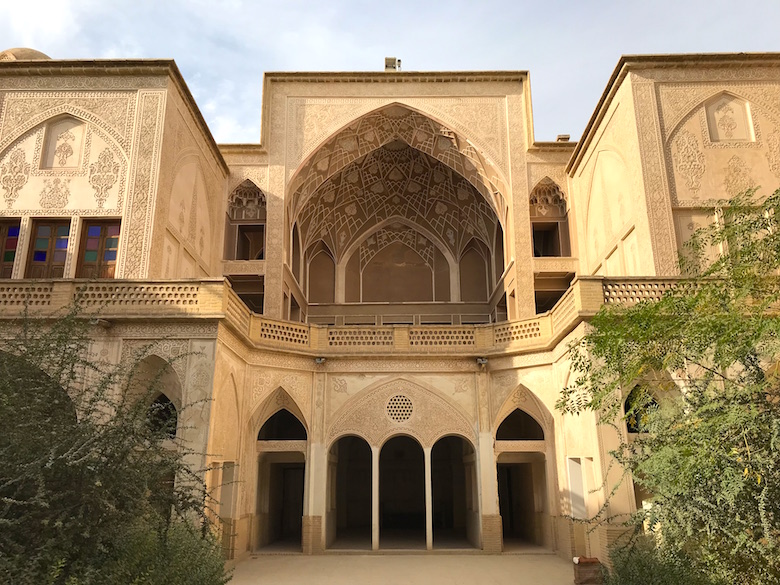 One of the nicest tea houses I’ve seen on my Iran trip is definitely the Hammam Khan Tea House. It is located in the middle of the bazaar in a former bathhouse and is lovingly decorated with junk and old furnitures. 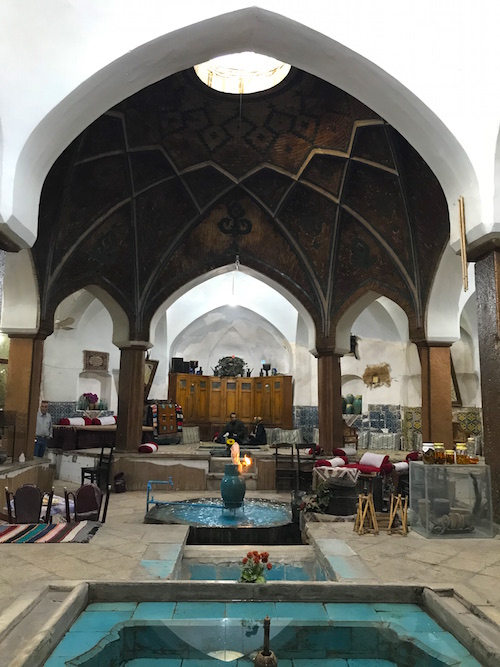 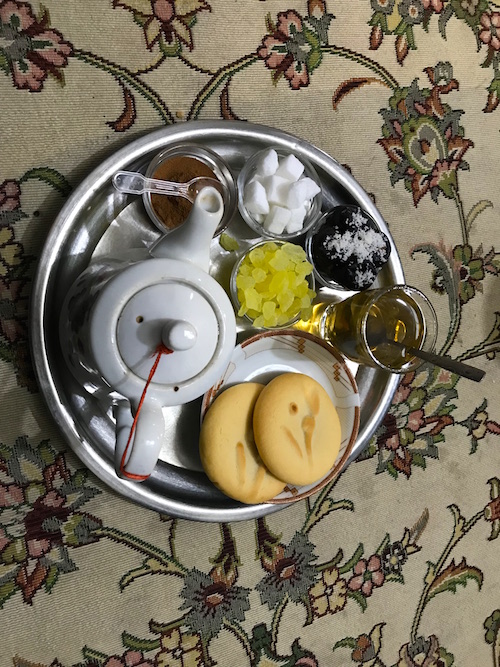