Kotor is an old Mediterranean port city at the southeastern end of the Bay of Kotor in Montenegro. The city and its bay surrounded by rugged cliffs are the most visited tourist region of Montenegro. Kotor’s medieval old town is probably the biggest attraction for visitors. For a long time it was a significant naval port, which is still seen in many places in the city today. Its stunning location and its cultural-historical monuments are the reasons why the city became a UNESCO World Heritage Site in 1979. The city is a good base to explore some of the most exciting places in Montenegro. I spent three days in Kotor and had enough time to visit the city and its surrounding areas. For a three days stay in Kotor I would suggest following itinerary.

On your first day you should focus on the Old Town of Kotor. Start your tour at the Sea Gate, the main entrance to the town which was constructed in 1555,  before walking to the Clock Tower. Wander to the left through the narrow alleys until you reach magnificent St. Nicholas Church and sweet St Luke’s Church. Not far from these two churches stands the pretty St Mary’s Collegiate Church with its massive 20th-century bronze doors covered in bas-reliefs. Just opposite this church you can admire the River Gate and the impressive Town Walls. With a length of 5km the Town Walls of Kotor are even longer than the famous ones in Dubrovnik. Another famous sight that you have to visit is St Tryphon’s Cathedral, Kotor’s most imposing building. Its interior is a masterpiece of Romanesque architecture. Close to the cathedral you can find the way that leads you to the Fortress of Kotor. The way is quite steep and in summer it can get exhausting to walk up, but it’s worth the effort. From the top of the fortress you have excellent views of the Bay of Kotor and the red roofs of the Old Town. After your way down you can explore the numerous souvenir shops and grab a bite in one of the delicious restaurants of the Old Town. 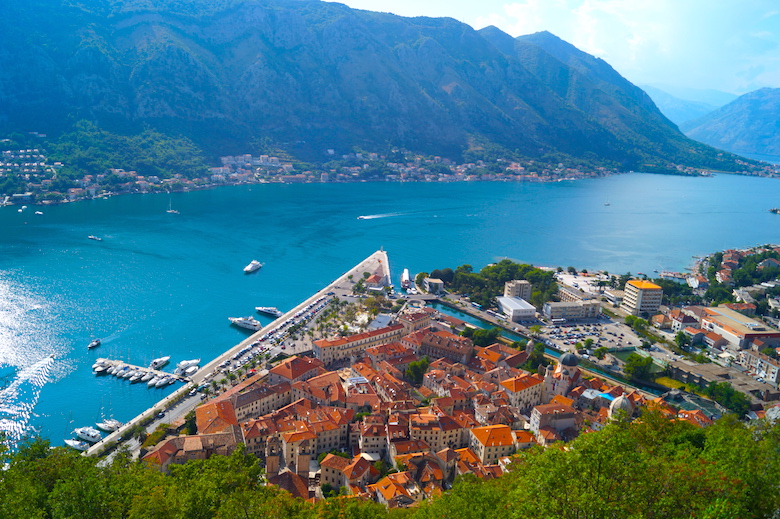 On Day 2 you can take a bus at the main bust station of Kotor that will bring you to the beautiful tiny islet of Sveti Stefan. Sveti Stefan is especially known for the picturesque fishing village of the same name with houses from the 15th century. In the 50s and 60s the whole village was converted into a hotel island with about 250 beds by the international group of Aman Resorts. However, the alleys, roofs and facades have retained their original character. It is not possible to visit the island when you are not a guest of the resort. Nevertheless you can have a swim in the waters surrounding the island. Beyond the bay lies another part of the Aman Sveti Stefan. The long villa Miločer, once the summer residence of Queen Marija Karađorđević, is also worth a visit and just a few minutes on foot from Sveti Stefan. For your lunch break you can have a delicious meal with excellent views at the “Olive” restaurant. 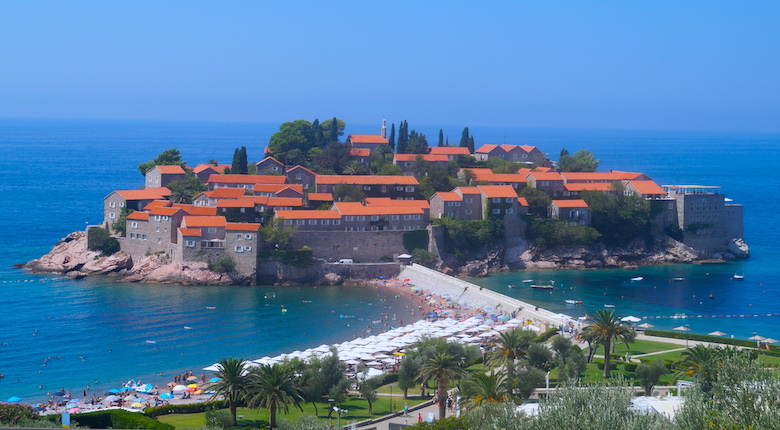 On your last day in Kotor you should focus on the magnificent Bay of Kotor. Several agencies in Kotor can bring you by boat to the beautiful islets of Our Lady if the Rocks and St George. The islet of Our Lady of the Rocks is an artificial island. It was gradually formed by a bulwark of rocks and old sunken ships loaded with stones. The baroque church on the islet, which houses numerous works of art, was built in the mid-15th century. The present church dates back to the 17th century and was extended in the 18th century. The island of St George was formed naturally and houses an old church and a cemetery. The islet is not accessible, but you can have very good views from Our Lady of the Rocks and during your boat trip. Usually a boat tour will also stop at the famous and pretty town of Perast, just opposite these two islets. The charming town is already a feast for the eyes from a distance. Magnificent villas, churches and restaurants line the waterfront. The best way to explore Perast is therefore to walk along the waterfront from east to west. The most important sights are St Nicholas Church, the Smekja Palace and the Perast Museum. 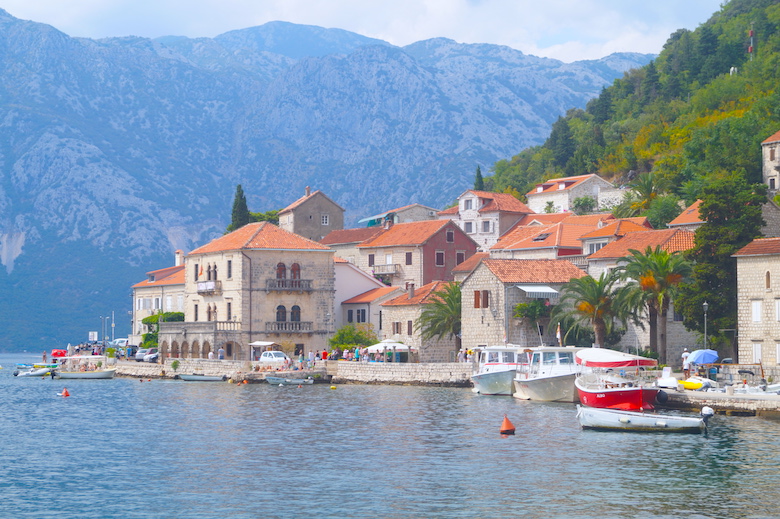