Esfahan is one of the biggest and most beautiful cities in Iran. Around 1.8 million people are living in the city. Despite the sea of modern houses, Esfahan offers outstanding buildings from a glorious past, which still shine today in unaltered beauty. It’s not without a reason that the city is often called the pearl of Persia. The living standard and cultural offers of Esfahan are far above the national average. Numerous museums, libraries, theaters and cinemas offer residents and visitors of Esfahan a wide-ranging program. Esfahan is also one of the most important industrial sites in Iran. The city’s modern economy is dominated by steelmaking, engineering, cement production and petroleum refining. Esfahan is one of the must-see destinations in Iran due to its splendid monuments of the Safavid and Qajar period. I spent two days in the city, which was the right amount of time to explore the most important sights. Here are the 9 top things you have to see in Esfahan.

The Shah Mosque is the central mosque of Esfahan and also one of the most magnificent buildings in the city. It was built from 1612 to 1629. The mosque is built in the so-called four-iwan style, a pattern that Iranian architects have developed in the construction of mosques, caravansaries and schools taking into account the climatic conditions of the country. The most impressive part of the mosque is the entrance-iwan with its 48 meters high minarets. Also the turquoise ornaments, the tileworks and the massive halls are extraordinary. 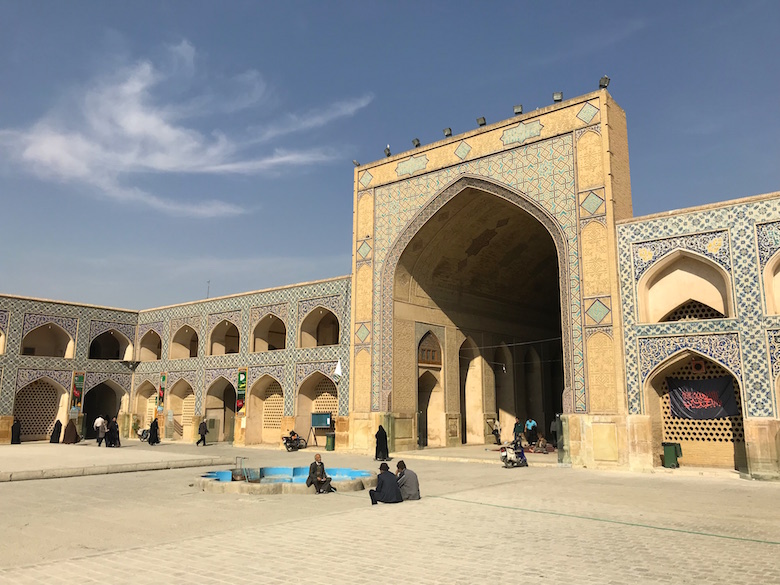 The Naqsh-e Jahan Square is a UNESCO World Heritage Site and the world’s largest square after Tiananmen Square in Beijing. It was built in the early 17th century and was planned equally as a marketplace, court venue, playing field and fairground. The square is surrounded by Esfahans’s most important sights. As cars are banned you will only find horse-drawn carriages that circle the square. A ride on one of these carriages is a pleasant way to explore Naqsh-e Jahan Square. Also for souvenirs the square awaits you with tons of shops. It is the best place in Iran for buying souvenirs.

East of Naqsh-e Jahan Square lies the colorful, blue-ground entrance portal of the Sheikh Lotfollah Mosque. The mosque was built between 1603 and 1633 and is decorated inside and outside with precious tiles. 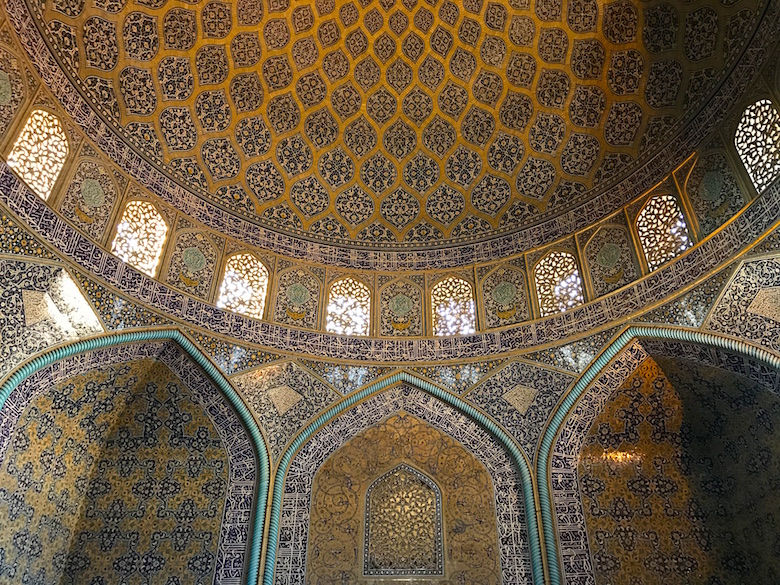 The Grand Bazaar of Esfahan is one of the oldest and largest bazaars in the Middle East and was constructed during the 11th century. The main entrance of the Grand Bazaar is the Qeysarie Gate on the northern side of Naqsh-e Jahan Square. You will find all type of goods, such as shoes, spices, carpets, silver, gold and handicrafts.There are also several caravansaries that can be explored. If you are looking for souvenirs you are better off Naqsh-e Jahan Square. 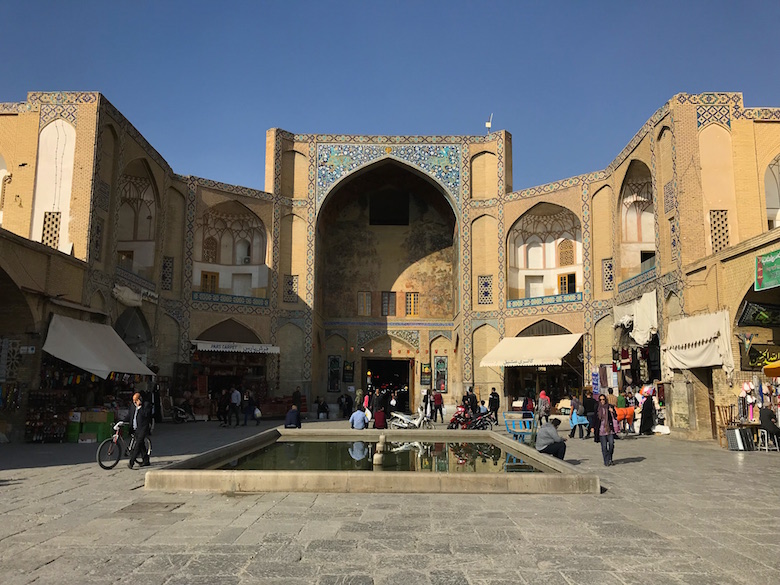 Located at the western end of Naqsh-e Jahan Square, Ali Qapu Palace stands out with its 48-meter-high portal which leads to six different floors. The palace was built in the early 17th century at the behest of Shah Abbas as an entertaining place for his visitors. The most impressive floor is the sixth floor where you will find the popular Music Hall. Here numerous ensembles performed music and sang songs. Deep carvings in the walls, that have the shapes of household utensils, had aesthetic and acoustic values. 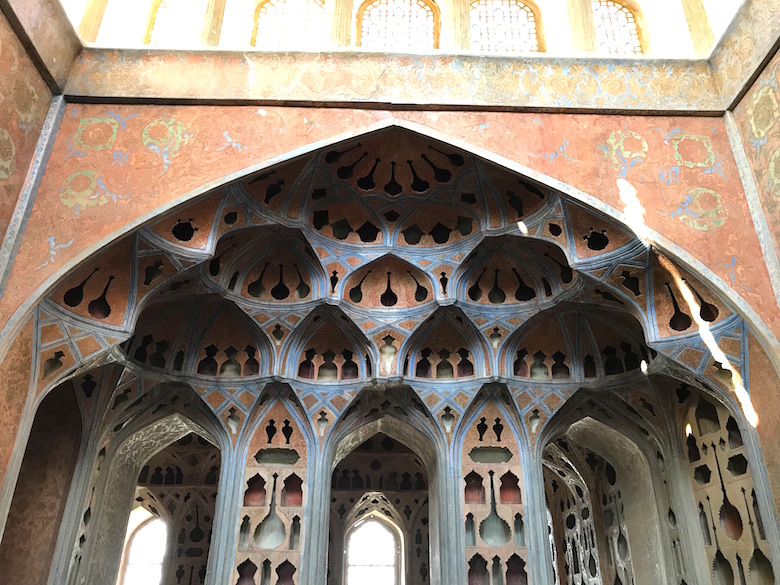 The Jameh Mosque is one of the largest and oldest places of worship in Iran. Already one hundred years after Muhammad’s death, there was an enclosed place of worship at this place. The present complex was built in the 10th and 12th century. Jameh Mosque is a perfect example of the fusion of different architectural styles and architectural elements. 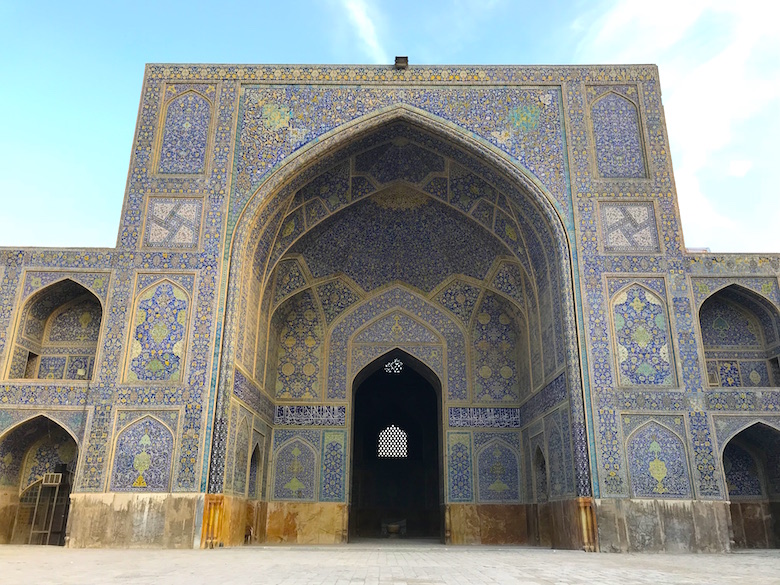 The Vank Cathedral is a Persian-Armenian-style cathedral and the most famous and most visited church in Esfahan. The interior is adorned with striking icons and frescoes depicting the history of the Old and New Testaments. A small museum opposite the cathedral contains a collection of Armenian cult objects and books. 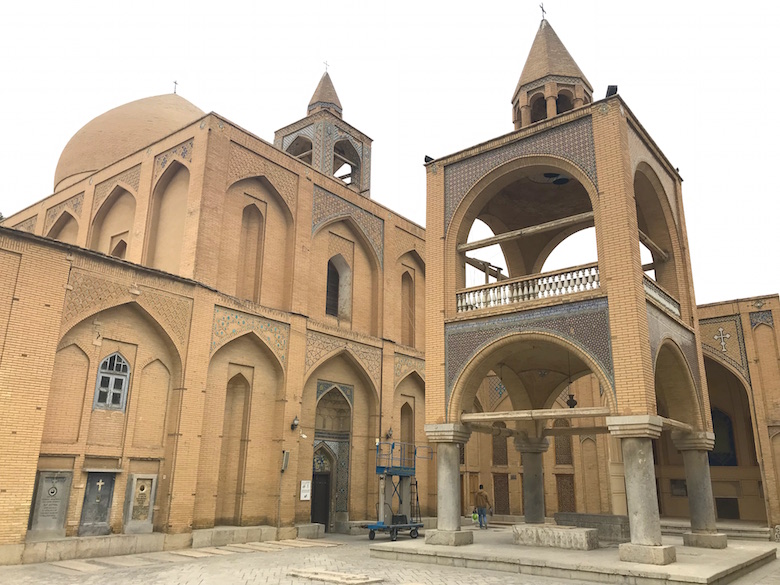 The Chehel Sotun Palace was built in 1647 and is one of the finest examples of Safavid architecture.The entrance hall, decorated with a mosaic of mirrors, leads into a large reception hall crowned by three domes. The walls carry elaborate frescoes depicting fighting scenes of the Safavid rulers and scenes of the royal court. The roof of the terrace in front of the palace is supported by 20 wooden pillars. 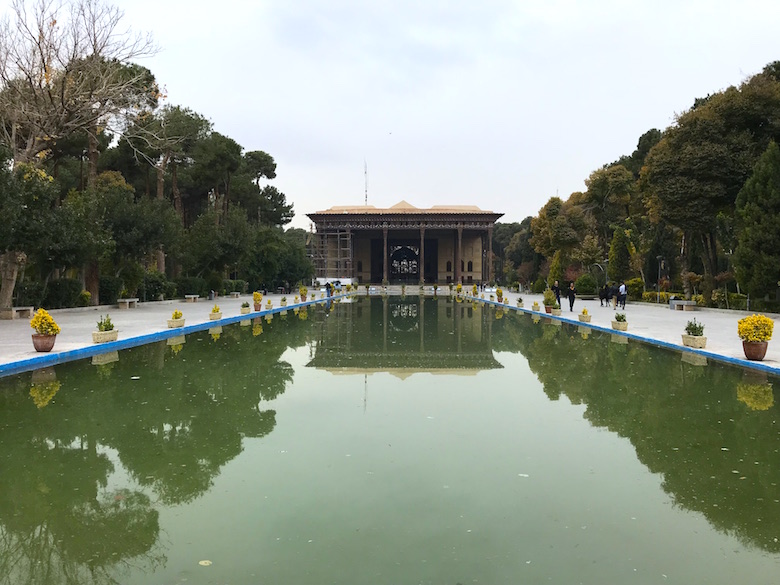 The Khaju Bridge is one of the most famous bridges in Esfahan and one of the city’s landmarks. The bridge crosses the river “Zayandeh Rud” and connects two parts of Esfahan on both banks. The lower part of the bridge is accessible to pedestrians. Especially in summer the steps that are leading into the water serve as a cooling spot for locals and tourists. 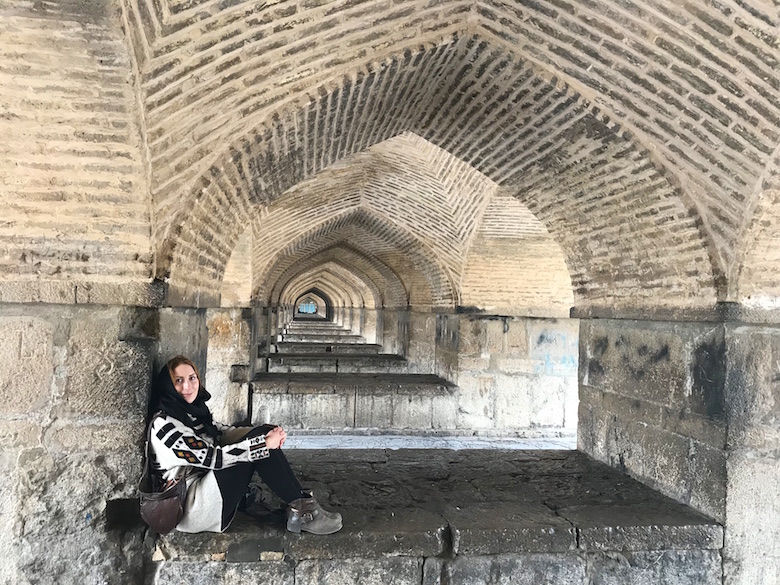