Cuba, the largest island in the Caribbean, is one of the most pristine countries I’ve ever visited. Cuba belongs to the Greater Antilles and is located in the Western part of the Caribbean. With its more than 2 million inhabitants, Havana is the capital of Cuba and also the city of arrival for most travelers. A lot of people connect Cuba to Salsa, Che Guevara and Buena Vista Social Club, but the island is so much more than that. Cities with pretty colonial buildings, amazing beaches with turquoise water, breathtaking landscapes and welcoming locals are waiting for those, who are traveling around the island. As more and more tourists are visiting Cuba, the tourism infrastructure gets better and better. The only downside are the high prices for the hotels and the food. That’s why I recommend staying in private homestays (Casa particulares), which are most of the time quite affordable and a good way to get to know some locals. Also for internet freaks this country can be a nightmare, as wifi is almost non existent and you have to pay per hour for a connection. I’ve visited Cuba for almost two weeks and visited mainly the Western part of the island. Here are the most amazing things I’ve seen during my trip to Cuba:

Havana is not only the economic, political and cultural heart of the country, but also the largest city of the Caribbean. Almost every traveler has the historical and cultural metropolis at the top of his list. Beautiful colonial squares, first-class museums and its vibrant nightlife make Havana a must see destination. Symbols of modernity are hardly seen in the capital of Cuba. Havana’s streets do not emanate faceless and lifeless commerce, but are very authentic. This unpretentious everyday life is perhaps even the greatest attraction of the city. Each district has its own character and differs from its neighborhoods. The most interesting districts are definitely Habana Vieja, Centro Habana and Vedado. The most convenient and charming way to explore the city is by hiring a driver in a vintage car. I did a tour with a driver for one hour and paid around 60 Dollars. 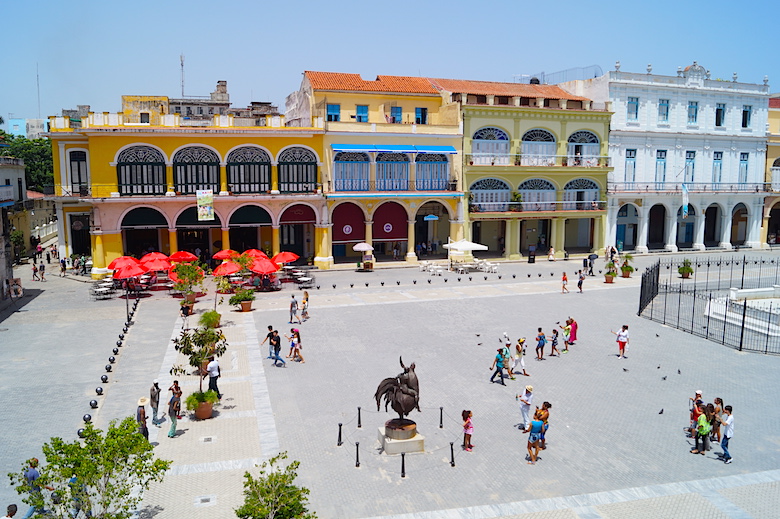 Viñales is located about three hours east of Havana by bus and is today one of the most visited destinations in Cuba. Due to its unique beauty and interesting sights,  almost all tour operators are visiting this place. Nevertheless  Viñales has remained an authentic Cuban town. It is definitely my favorite place in Cuba and also one of the most amazing landscapes I’ve ever seen in my life. Mogotes in the fog, colorful houses with porches and the best tobacco in Cuba. Viñales is the perfect destination to hang out for a few days. You can do trekking tours, visit tobacco farms, walk into exciting caves and relax in a resort with breathtaking views.

The small island of Cayo Levisa is just 3 km off the north coast of the community Piñar del Rio in the Gulf of Mexico, but far away from the tourist hustle and bustle of the Caribbean island. I visited the island on a day trip from Viñales and spent a few hours on Cayo Levisa. Behind a shady pine forest on the north coast of the island you will find a beautiful white sandy beach with turquoise water. The south side of the island is covered by thick inaccessible mangrove forest and forms a refuge for tropical birds. Besides swimming and sunbathing there is not much to do on the island. 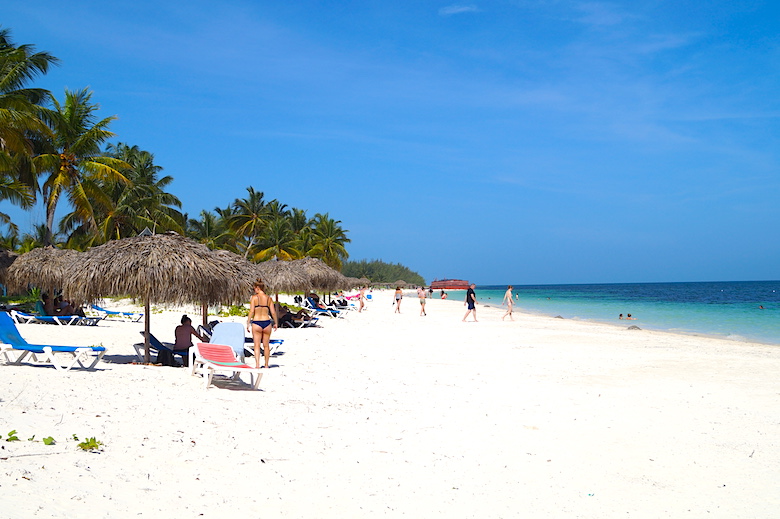 Trinidad is older than 500 years and is considered the most beautiful city in Cuba. The city is a mixture of picturesque buildings and relaxed people. The most impressive part of Trinidad is the Plaza Mayor, the central square of Trinidad, which is surrounded by beautiful mansions of the sugar barons that once lived in Trinidad. The imposing bell tower of the Convento San Francisco de Asis is just around the corner of the Plaza Mayor. Especially in the evening, when the heat is gone and the city is coming to life, it is fun to walk along the paved lanes. 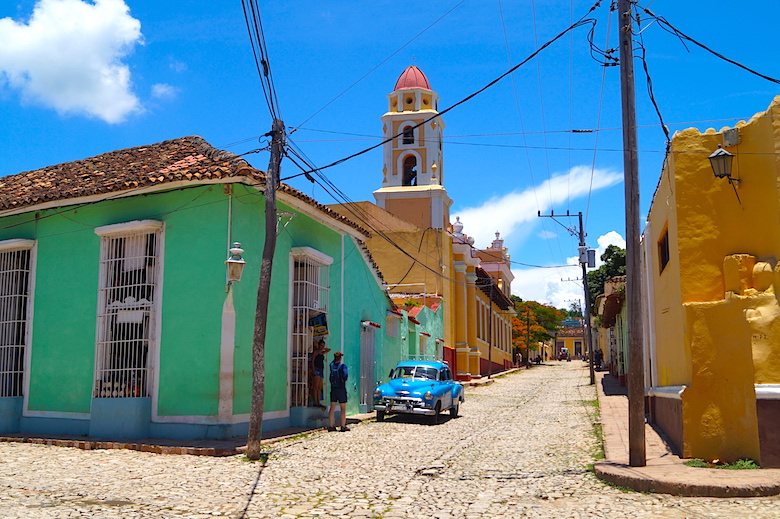 Know as one of the most beautiful beaches in the south of Cuba, Playa Ancon is just 18km away from Trinidad and perfect to visit on a day trip. The beach is long and large enough to escape the crowds. If you prefer staying on Playa Ancon rather than in Trinidad, you can find a few all inclusive resorts facing the beach. 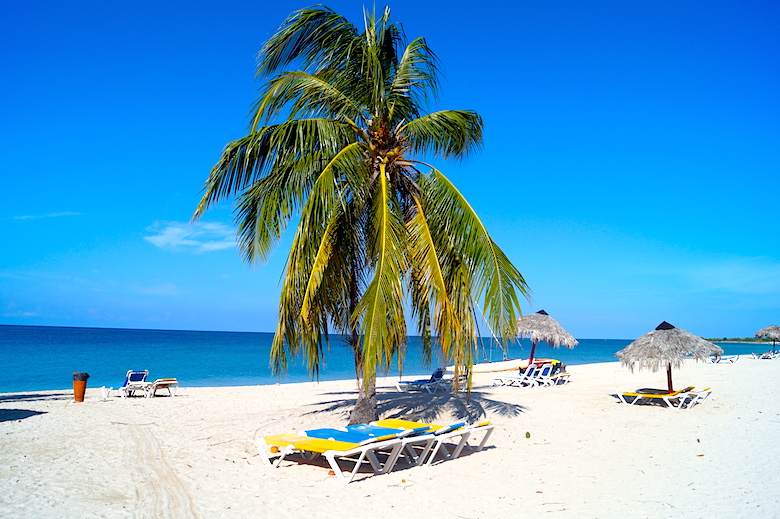 In the heart of the Sierra del Escambray, 18 kilometers north of Trinidad, you will find Cuba’s most famous health resort and the national park of the same name Topes de Collantes. Well-developed hiking trails, which lead through lush green scenery, invite you to discover the mountain ranges. The most famous hike leads you to the waterfall Salto de Caburni in about one hour. There you can refresh yourself in the green shimmering natural pool, before walking up the steep way back to the start. 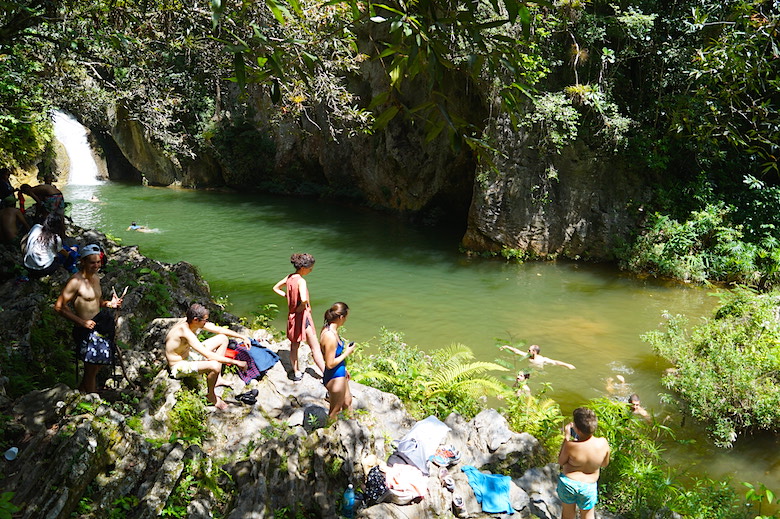 Close to Trinidad lies the Valle de los Ingenios, the valley of sugar mills. Until the middle of the 19th century, the center of the Cuban sugar industry was in this valley. Today the Valle de los Ingenios is a memorial for the over one million slaves who had to work on the fields and factories. One of the highlight of the valley is the Torre de Iznaga, a 45 meter high tower, which served to watch the slaves. 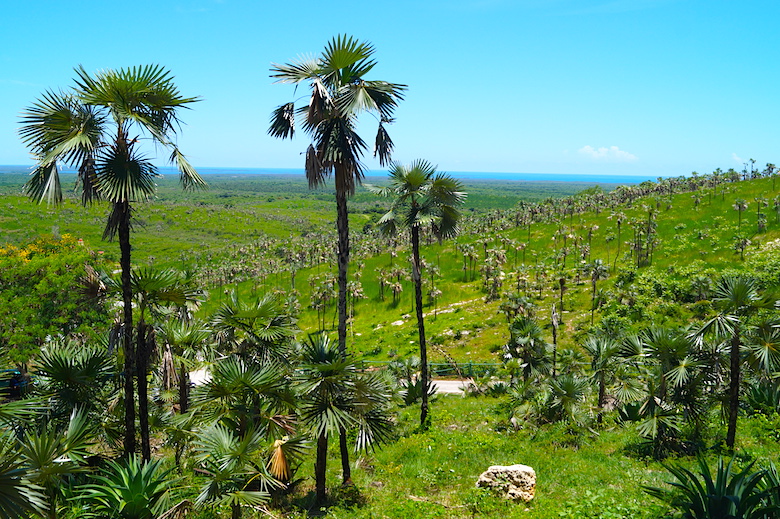 Around 30km from Matanzas you will find Varadero, the most visited destination in Cuba. Varadero is famous for its 20 km long, white sandy beach with crystal clear water. Most of the tourists will spend their entire holidays in one of the numerous all inclusive resorts facing the beach, but also for a few days, especially at the end of your trip, Varadero is the perfect location to sunbath and relax. If you are looking for a resort in Varadero I can recommend the fantastic Royal Hicacos Resort & Spa. 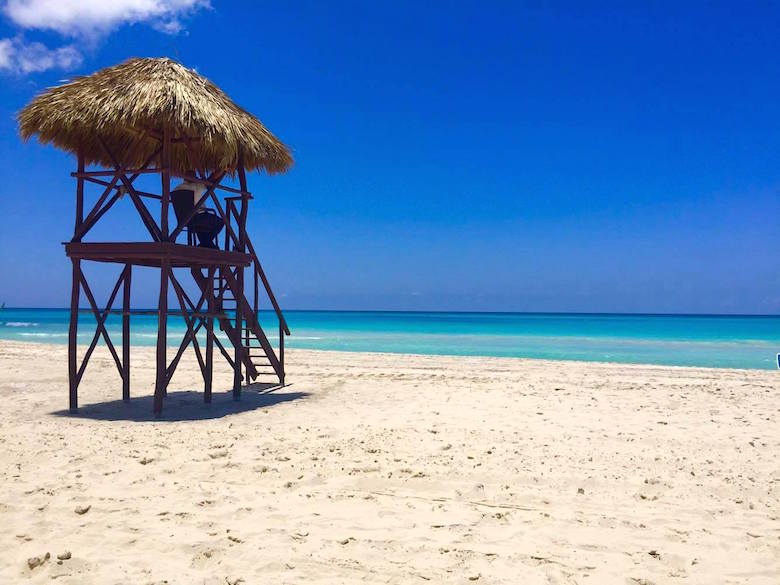