Colombo is the biggest city in Sri Lanka and also a thriving port city that already attracted merchants and sailors from Persia and Africa. Until 1982 Colombo served as the country’s capital, but lost this status to Sri Jayawardenepura Kotte, a suburb of Colombo, which is now the seat of government of Sri Lanka. Colombo stands out for its interesting mixture of colonial and modern architecture. Portuguese, Dutch and finally the English deliberately left their mark on the city, whose traces can still be clearly seen in the cityscape. Colombo is not the most pleasant place to stay due to it’s chaotic traffic and hot climate. On the other hand staying one or two days in the city can be a good introduction to Sri Lanka. Following five sights are definitely worth a visit:

Lively Pettah is located in the immediate vicinity of the fashionable district Colombo Fort. The streets are narrow and crowded with people and rickshaws. Even if you do not intend to buy something, Pettah market is a unique experience. In one street you will just find watches and jewelry, in the next alley shoes and bags and in another street clothes for men and women. The whole market is well organized and structured. From electronics to souvenirs, countless shops offer all kind of goods and products. The most interesting part of Pettah is the fruit and vegetable market. It’s the place where locals come to find super deals on food. Vendors deliver their products as quickly as possible, dispersing everything on the ground and trying to make sales. 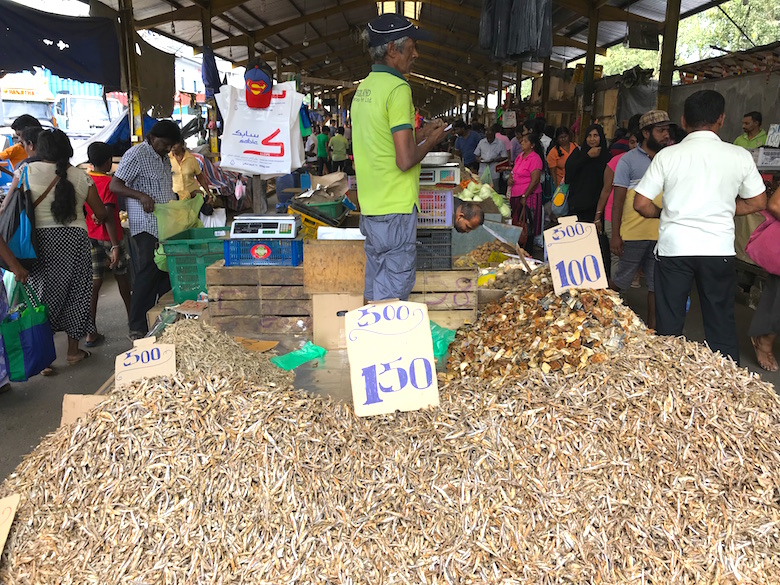 The Gangaramaya Temple is the oldest buddhist monastery in Colombo. It was brought to life by monk Hikkaduwe Sri Sumangala Nayaka Thera in 1885. There are many things to discover in the temple. You can stay here for a while and escape the hectic of the big city. In the interior of the temple complex, the huge shady Bodhi Tree, a snow-white pagoda and countless Buddha statues stand out. There is also a museum that resembles a junk room. Here you can admire old vinyl records, clocks and typewriters. Worth seeing is the collection of buddhist figures and illustrious oldtimers. 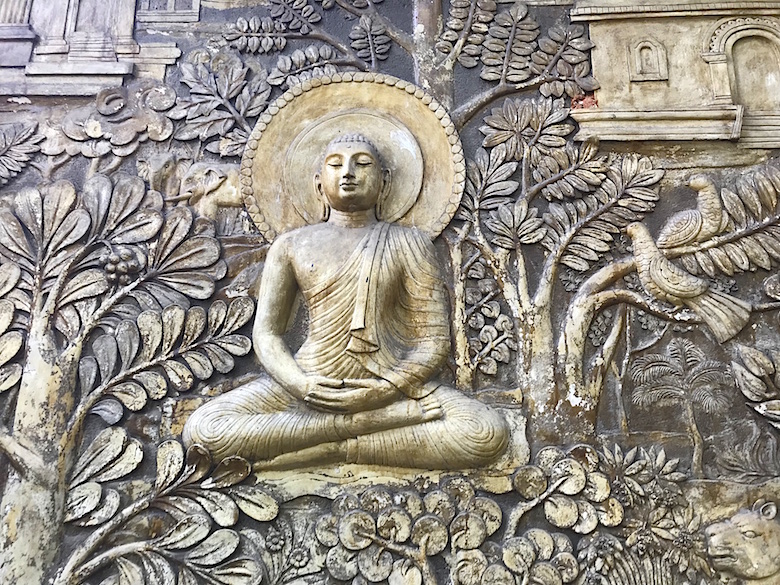 The National Museum of Colombo was founded in 1877 and deals with the cultural and biological history of Sri Lanka. Today it is the largest museum in the country and is administered by the government. On the ground floor the historical past of the country is recreated, while in the upper galleries different themes are presented. On display are, among other things, the impressive golden throne and the precious crown of the kings of Kandy, swords and other weapons, relics from the British colonial period and historical photographs. 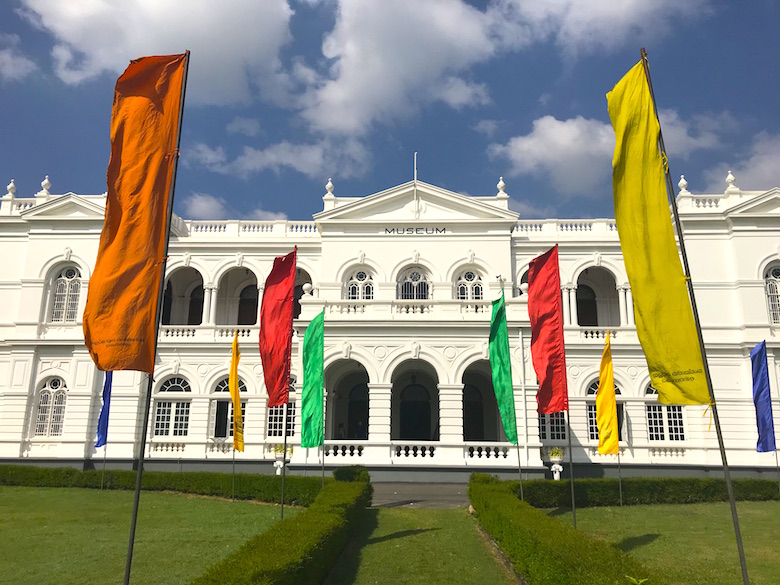 Beira Lake is a lake in the heart of the city of Colombo and is surrounded by many large shops and skyscrapers. During the colonial era the lake was used to transport goods within the city. Beira lake is divided in to three parts. The southern part is the most interesting and idyllic one. You can have a stroll in the small Gangaramaya Park, which is connected by a bridge with the mainland and offers beautiful views on the lake. The Seema Malaka Temple, opposite the park, is also worth a visit. The temple is popular for its tiered walls full of Buddha statues. Some of them have their hands in their laps, which is considered to be a classical meditation posture. 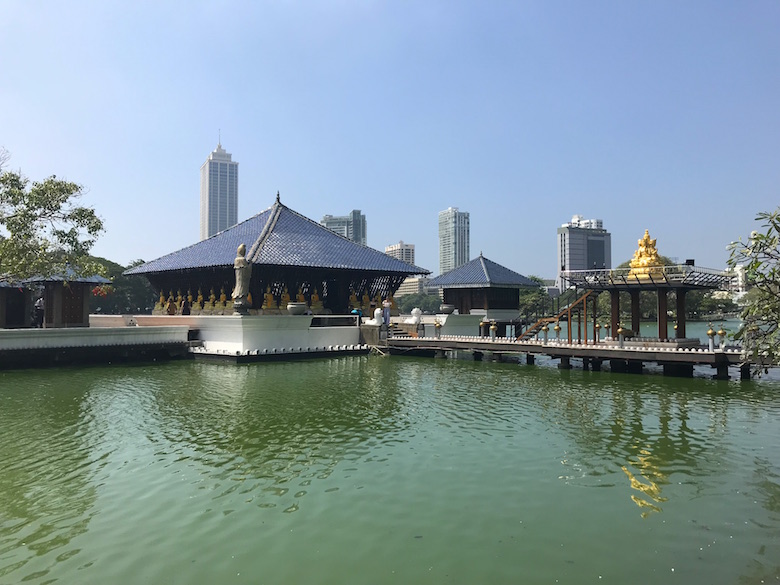 After the proclamation of independence by the United Kingdom in 1948, the Sri Lankan government built the Independence Memorial Hall. It’s an airy, open-plan monument that looks both grand and humble. On the square in front of the hall, stands an impressive monument that is dedicated to the country’s first premier D. S. Senanayake. 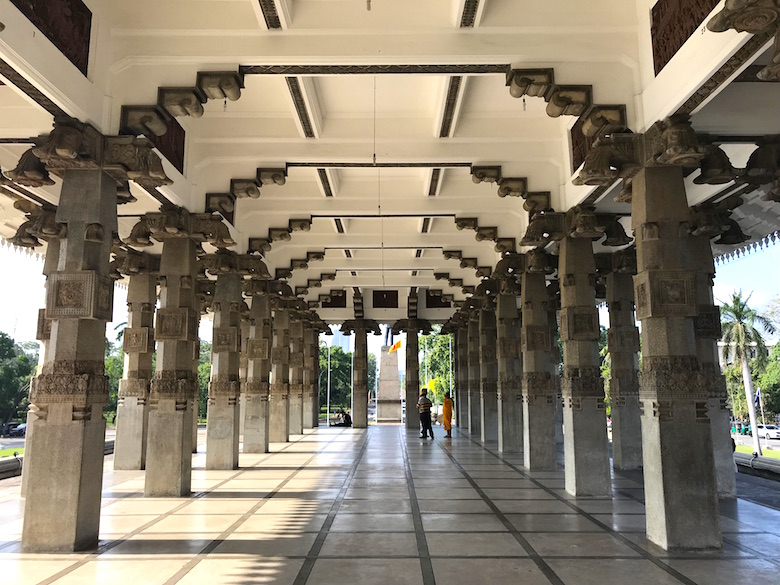