The elongated coastal state of Vietnam is located in the southeast of Asia and borders China in the north and Laos and Cambodia in the west. With around 90 million inhabitants it belongs to one of the most populated countries in the world. The landscape is characterized by the wide densely populated river deltas of the Mekong in the south and mountain ranges, hills and plateaus in the western outback. Vietnam was of one of my favorite countries that I’ve visited on my South East Asian trip. Delicious food, wonderful sights like Halong Bay or Hue and the most friendly and open minded people I met in South East Asia, were the reasons why I liked Vietnam so much. The best way to explore Vietnam is by starting either in the north or in the south and by lounging the coast. Here are the best places that you have to visit in Vietnam:

Can Tho is the economic and scientific center of the Mekong delta region. The city has a lively waterside promenade and pretty little side roads. The main reason why tourists are coming to Can Tho is the floating market of Can Rai. The market is just 6 km away from Can Tho and is an ideal way to learn more about the people of the region and the country’s fresh produce. The best way to explore the market is to get up early in the morning and to take a small boat from Can Tho just before sunrise. Floating in a boat to the market during sunrise is a magical experience. Compared to the very touristic floating markets in Thailand, the floating market of Can Rai is an authentic experience. Rice, vegetables and fruits of all kinds are traded on the river. The wooden boats are filled to the limit of sugarcane, coconuts, bananas, mangoes and pineapples. After visiting the market, you can ask your boat driver to bring you to the small canals next to the markets, where you will experience the exciting rural life of the Mekong Delta. 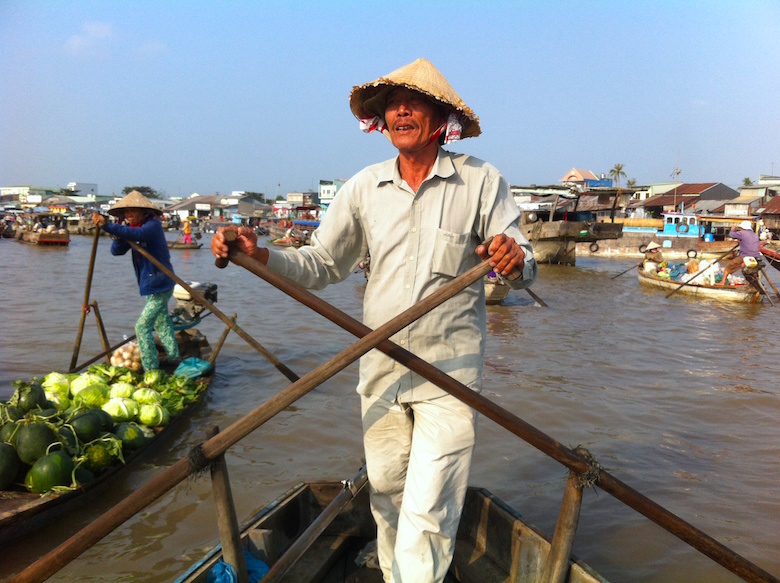 Well hidden in the highlands is the city of Dalat. During the 20th century a lot of Europeans settled in the city, so that it gradually became one of the most prosperous places in Vietnam. You can still feel the European influence in the architecture especially if you visit the Crémaillère railway station or the Bao Dai Palace. Other exciting things to do in Dalat are day trips by motorbike to the surroundings, where you will see gorgeous waterfalls, silk fabrics or coffee and flower plantations. In the city you can also visit the funny Crazy House of architect Đặng Việt Nga or relax by the beautiful Xuang Huong lake. 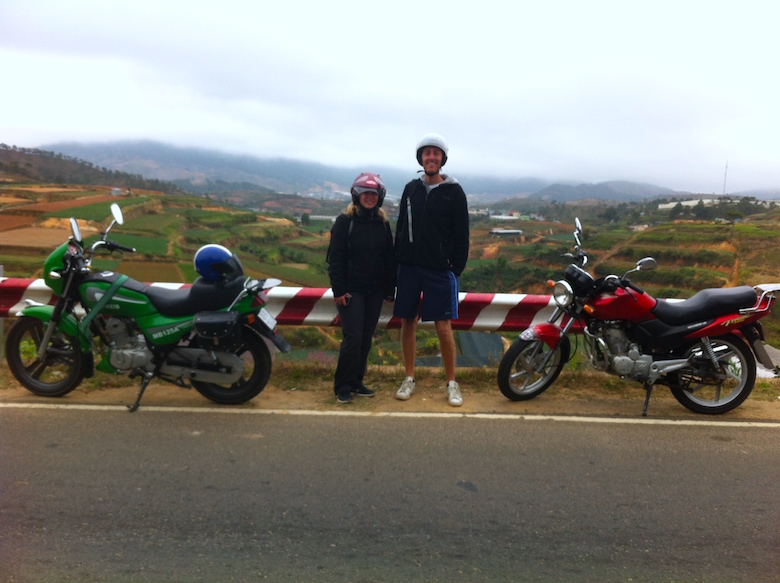 One of the reasons why tourists are coming to Vietnam is definitely the stunning Halong Bay and thats is perfectly justified. It is one of the largest and most fascinating natural wonders of the world. Halong Bay is a bizarre world of more than 2,000 islands, remnants of massive shell limestone beds that grew up 300 million years ago. In the middle of the bay, 300 families of fishermen live on boats with bamboo roofs or in floating houses. There are different ways of exploring Halong Bay. Either you can make a day trip on a basic tourist boat, spending some nights on an island cruise or rent a kayak to discover the island by yourself. As i was staying in Hanoi I opted for a day trip on a tourist boat that also offered a buffet for lunch. For several hours we were floating along the bay, so that I had enough time to discover the highlights of the bay. The only missing part on day trip is the sunset or the sunrise, that can be  magical to watch in the bay. 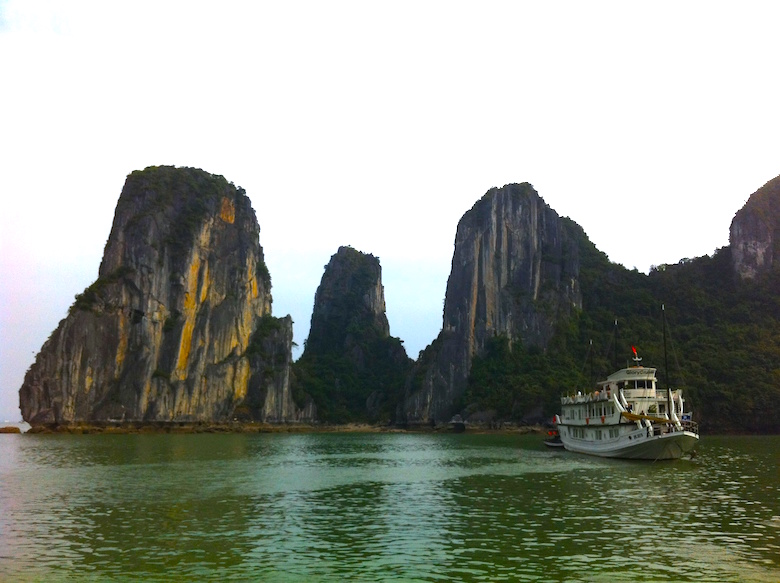 With over 7 million inhabitants Hanoi is the charming capital of Vietnam and also called the city of lakes. The city is is characterized by a historic old town, over a thousand-year-old temples, colonial French buildings and beautiful lakes. The first thing that you notice when you arrive in the city are the bustling streets with millions of motorcycles and street vendors. Hanoi is a paradise for bargain hunters as clothes and crafts are relatively cheap to get, compared to the rest of Asia. The most interesting sights that you have to visit are the Hoan Kiem Lake, the Old Quarter and the Ho Chi Minh Mausoleum. In the evening you can also buy some tickets for the famous Thang Long Water Puppet Theatre.

The coastal town of Hoi An is probably the most picturesque and charming city in Vietnam. The city was once the largest port in Southeast Asia, mainly due to its location on the Silk Road. The most important sights of Hoi An can be easily explored on a walk. Among the most popular attractions is the Japanese bridge, which was built towards the end of the 16th century and connects the the Japanese quarter with the Chinese settlement. But also the old town with its numerous old buildings, restaurants and shops is a highlight. Actually during my Vietnam trip I had the best food in Hoi An. Especially at night, when the more than hundreds of lanterns get illuminated, the atmosphere in the city is unique. That’s why Hoi An is also called the city of lanterns. 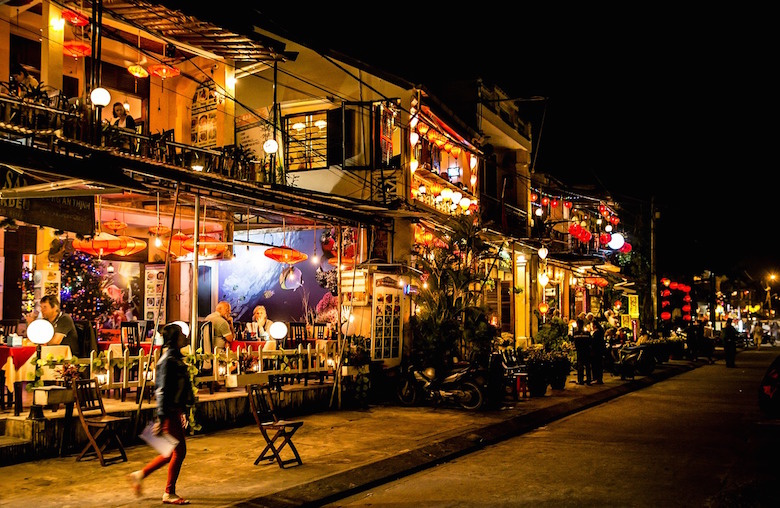 The largest city of Vietnam and former capital of South Vietnam reflects the transformation of Vietnam’s revitalizing power. This is particularly evident in the form of numerous luxurious hotels, large shopping malls, huge office buildings and modern theme parks throughout the city. But also reminiscents of the past are visible in this bustling city, like the Jade Emperor Pagoda and the Notre Dame Basilica. A must-see in Ho Chi Minh City is definitely the War Remnants Museum, which shows the brutality of the Vietnam War. In the Surroundings of the city you can also make a tour to the terrifying Cu Chi Tunnels, which served as hiding spots for the Viet Cong. 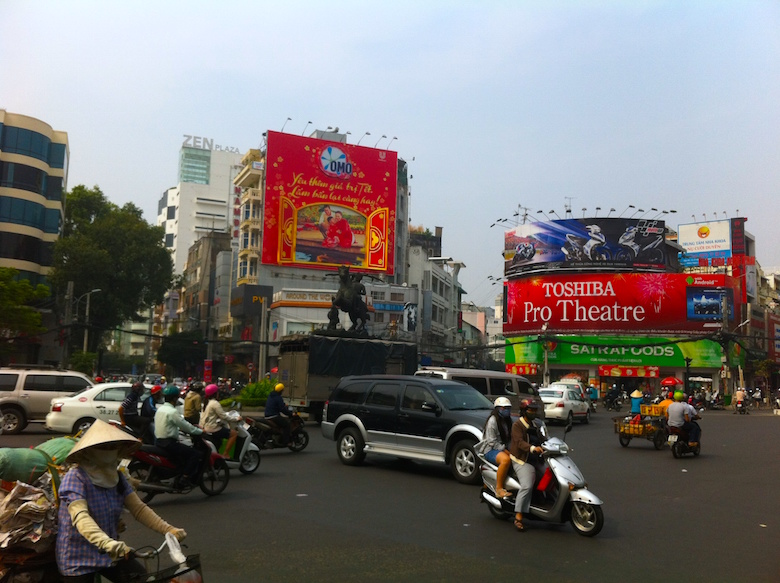 The old imperial city of Hue is located in central Vietnam halfway between today’s capital Hanoi and Ho Chi Minh City. It was the capital of the former empire until it was replaced by Hanoi in 1945. A lot of amazing sights still reflect the splendor of this era. Amongst these attractions are the Imperial City, the Thien Mu Pagoda, the Lang Khai Dinh and the Tu Duc Tomb.For more information about Hue click here. 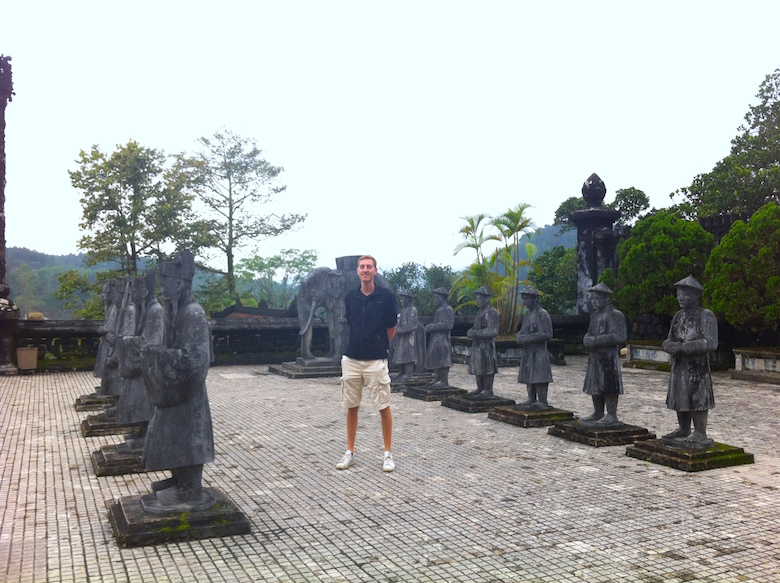 Phu Quoc is the largest island of Vietnam and is located in the Gulf of Thailand. Snow-white beaches, jungles and beautiful sunsets attract more and more resorts and tourists to the island. Several beaches with turquoise water are waiting for you on the island, but most of the accommodations are located in the west of the island on Long Beach. This area is the most developed one for tourists. I spent almost one week in the Song Xanh Resort in a bungalow close to Long Beach and had an amazing time with just a few tourists on the beach. I was traveling during low season, so that might be a reason. You can either fly to the island or take a ferry from the city of Ha Tien. 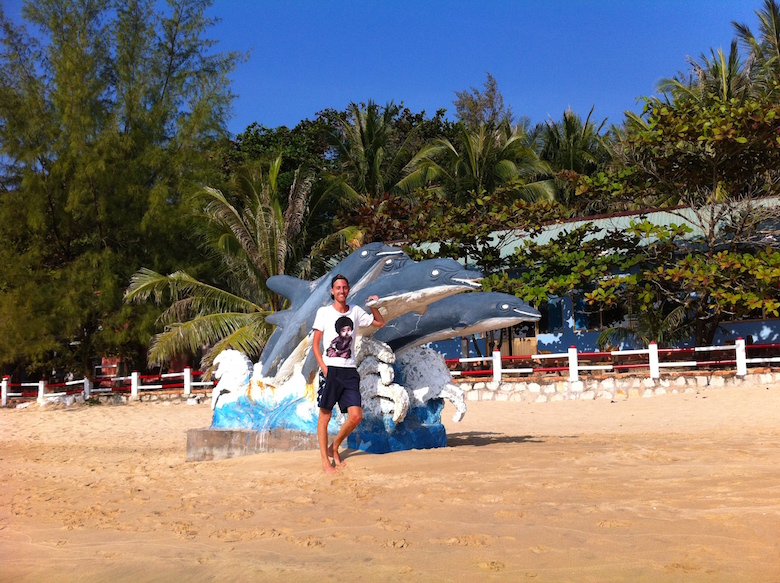