With a population of 1.6 million Barcelona is the second most populous municipality in Spain and the capital city of the autonomous community of Catalonia. Due to its numerous architectural highlights, its mediterranean flair and its attractive and exciting nightlife it’s a popular destination for city trips. In the morning you can visit Gaudi’s masterpieces, in the afternoon you can take a swim at La Barcelonetta and in the evening you can eat tapas, drink a cocktail and enjoy Barcelona’s nightlife. The city has a lot to offer wether you are looking for fun and relaxation or cultural and food experiences. Here are my 4 favorite districts in Barcelona with all the  the most important things you need to do.

With its most famous neighborhoods Barri Gòtic and La Ribera, Ciutat Vella is the heart of Barcelona. Most of the tourists are staying in this area and that for a good reason. The main avenue and most animated area in this district is La Rambla. On Spain’s most famous strolling mile you can find a mix of everything, like for example historic buildings, flower shops and pubs for the party tourists. La Rambla is also surrounded by famous sights like the entertaining Mercat de la Boqueria and the Gran Teatre del Liceu. If you follow La Rambla in the direction of the sea you will arrive to the Mirador de Colom, a monument built to honour Christopher Columbus in 1888, which marks the beginning of the Port of Barcelona. If you want to take a swim, the neighborhood La Barceloneta is welcoming you with several beaches and yummy fish restaurants. Barri Gòtic is a paradise for those who admire historic buildings and like getting lost in old and narrow streets. You can spend hours strolling around the streets and shop in the nice boutiques, but one of Barcelona’s highlights, the magnificent Cathedral of the Holy Cross and Saint Eulalia, should definitely not be left out. If you wanna have a drink in a nice surrounding, the beautiful Placa Reial awaits you with a lot of restaurants and bars and if you just wanna relax, the charming Parc de la Ciutadella offers a lot of green spaces to take a nap or make a nice picnic. Other highlights of the district that you shouldn’t miss are the Basilica de Santa Maria del Mar, the Cultural Center El Born and the dynamic neighborhood El Raval with its fashionable boutiques, restaurants and cafés.

In Eixample you will not only find the most expensive restaurants, stores and hotels of the city, but also a few highlights of the Catalan modernism. La Sagrada Familia, Barcelona’s most famous building, is one of them and won’t leave you indifferent. After 100 years this church is still being built, but with its unique interiors that look like straight from a science fiction movie and marvelous forms and designs of its facade, it is already a masterpiece. Two other famous buildings that Gaudi built in Barcelona are Casa Batlló and La Pedrera. Both buildings have spectacular forms and shapes and you can also visit the interiors and climb on the roofs from where you have nice views over the city. Other highlights of the district are the Casa de les Punxes and the Palau del Baró Quadras. 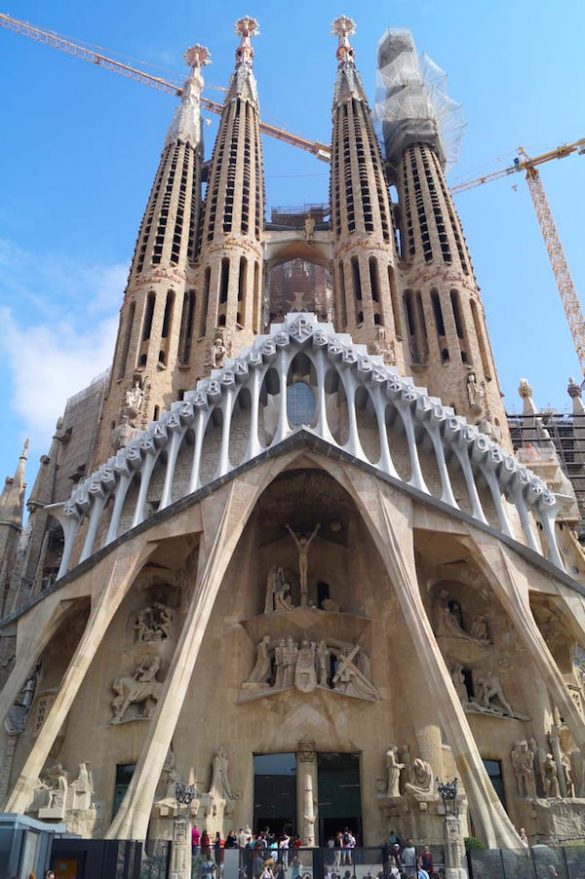 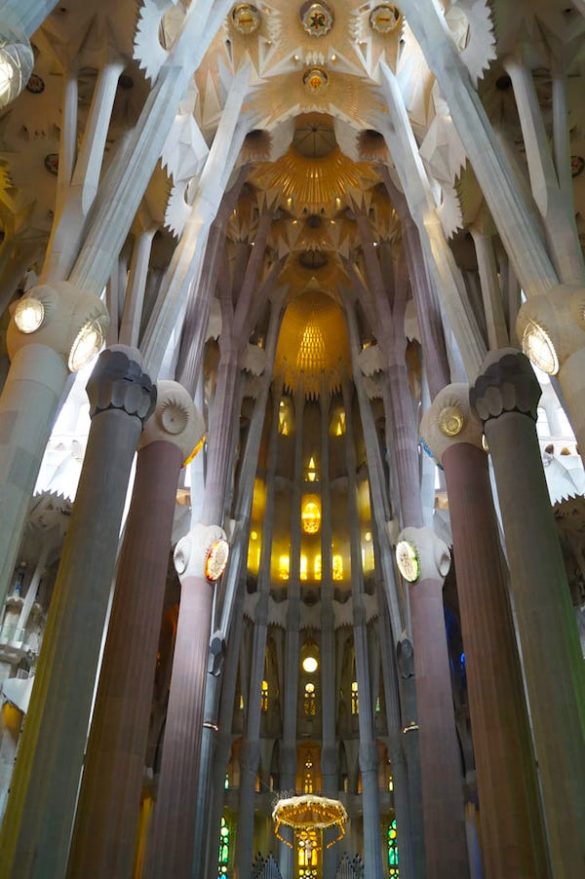 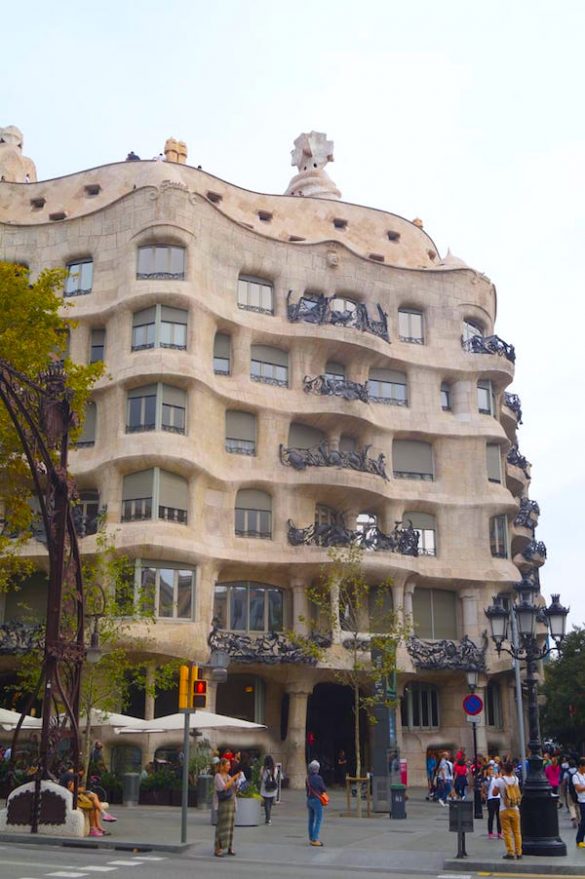 Sants-Montjuic covers the south of Barcelona and has neighborhoods withs completely different vibes. On Barcelona’s Montjuic, a broad shallow hill, you will find two of the most famous art museums in Barcelona, the Museo Nacional d’Art de Catalunya (MNAC) and the Fundació Joan Miró. Even if you are not interested in art you need to admire the beautiful building of the Museo Nacional d’Art de Catalunya and the Font Màgica, Montjuic’s magic fountain, where the “Piromusical”, a ballectic spectacle of water and light, is held in the evening. If you want to visit a traditional Spanish village, you can visit the open air museum Poble Espanol. Another highlight is taking the cable car to the top of Montjuic to explore the Castell de Montjuic and enjoy nice views over the city and the sea.

Compared to the other districts, Gràcia is quite small, but awaits you with the most exciting park in Barcelona. Park Güell is a public park composed of marvelous gardens and impressive architectonic elements. Especially Gaudi’s mosaic work on the main terrace is worth a visit and on top of that, it offers nice views over the city of Barcelona. Besides Park Güell, it is fun to get lost in the streets of Gracia and discover nice places like for example Placa del Sol, Placa de de Vierreina and Placa de la Vila where you can grab a bite or just have a drink while sitting the sun.