Aurangabad is a city in the western Indian state of Maharashtra and has more than 1 million inhabitants. The city was founded in 1610 under the name Kharki by the Ethiopian general, politician and engineer Malik Ambar. Between 1682 and his death in 1707, the city was the seat of the Indian Mughal emperor Aurangzeb. Aurangabad owns a university and is an important location of the cotton industry. The third largest city of Maharashtra looks a bit unattractive due to its spaciousness and the missing center. The main reason why tourists are staying in the city is its close location to two of the most important sights in India, Ajanta and Ellora. Nevertheless Aurangabad has a few interesting sights that you can visit on a day tour. I stayed five days in the city center. It was the right amount of time to discover the highlights of the city and its surroundings. Here are the six best things to do in Aurangabad:

Bibi-qa-Maqbara is one of the main attractions in Aurangabad and one of the last great mausoleums in India. It was built during the reign of Aurangzeb, the last major Indian Mughal emperor. After the death of his favorite wife Dilras Banu Begum, he commissioned the architects Ata-ullah and Hanspat Rai to build a tomb in honor of his wife. The construction period lasted about ten years.

Just above Bibi-qa-Maqbara you can admire the caves of Aurangabad. They were struck from a steep foothill of the Sahyadri range. The caves are of Buddhist origin and consist of two groups: the eastern and the western caves which are about 500 meters apart. the majority was hit in the rocks between the 4th century and the 8th century. The most impressive cave of the western group is cave number 3 with impressive friezes on the columns in the main chamber. The highlight in the eastern part is cave number seven with its wonderful stone carvings. 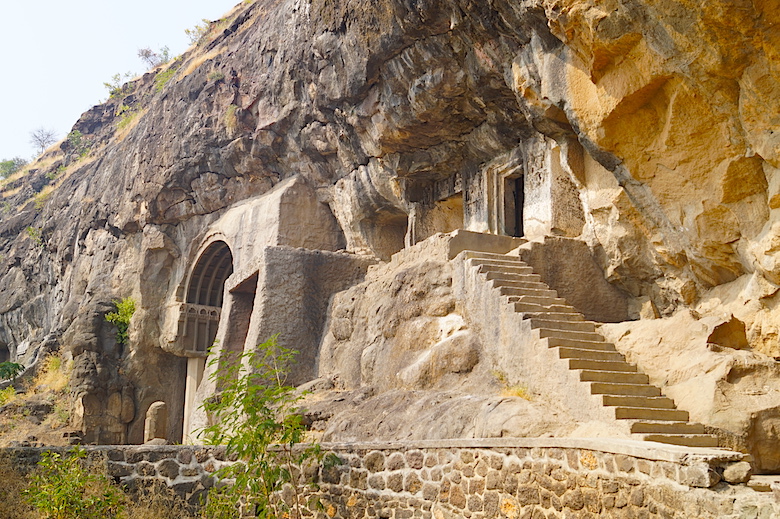 The Panchakki Watermill was built in the western part of the city next to the Kham River and dates from Aurangabad’s Muslim heyday in the 17th century. The millwheel is located on the northwestern part of a rectangular basin, which is covered by a large banyan tree. To the south is a small mosque and a red sandstone Dargah. This shrine commemorates Baba Shah Muuaffer, one of Aurangzeb’s spiritual teachers. 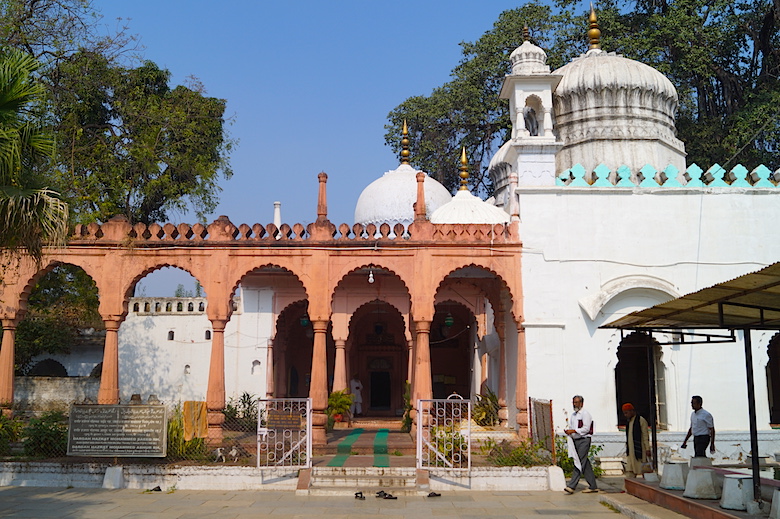 The Ajanta caves were discovered by chance in 1819, while British officer John Smith went hunting. The totality of the caves spreads over the front of a horseshoe-shaped canyon gorge. This very quiet location was ideal for the Buddhist monks who stayed here until the 5th century. Most of the caves were built during the Vakataka dynasty. It took around 30 years to build one cave. In addition to the amazing achievement of rock excavation, the artistic features of some of the caves are unique. In the middle of the gorge is a view point from where you have amazing views on the whole sight. 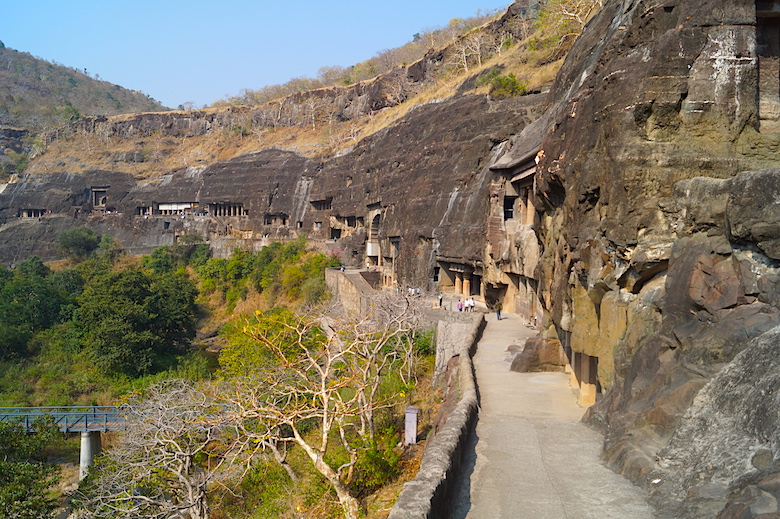 The Ellora Caves are located 29 km northwest of Aurangabad. The caves are divided into a Buddhist group, a Hindu group and a Jainist group. The highlight of the Ellora Caves is the impressive Kailasa Temple in Cave number 16. It is a masterpiece in itself. The entire structure was carved from a single boulder by hand and took more than a century to be completed. It is thus the worlds largest monolith. 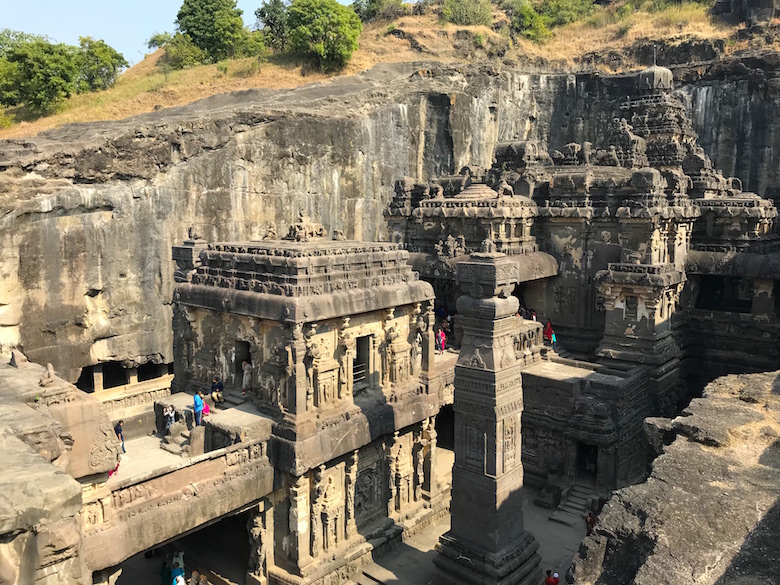 13 km northwest of Aurangabad rises one of the most impressive fortresses of India, Daulatabad. Its impressive citadel crowns the summit of a mighty volcanic cone. It takes a while to reach the summit, but on your way you will see a few really nice buildings like the Jama Masjid Mosque, the Chini Mahal Palace and the marvelous Chand Minar Minaret. From the top of the citadel you have amazing views over the whole area. The most convenient way to visit the fortress is on a trip to the Ellora Caves. 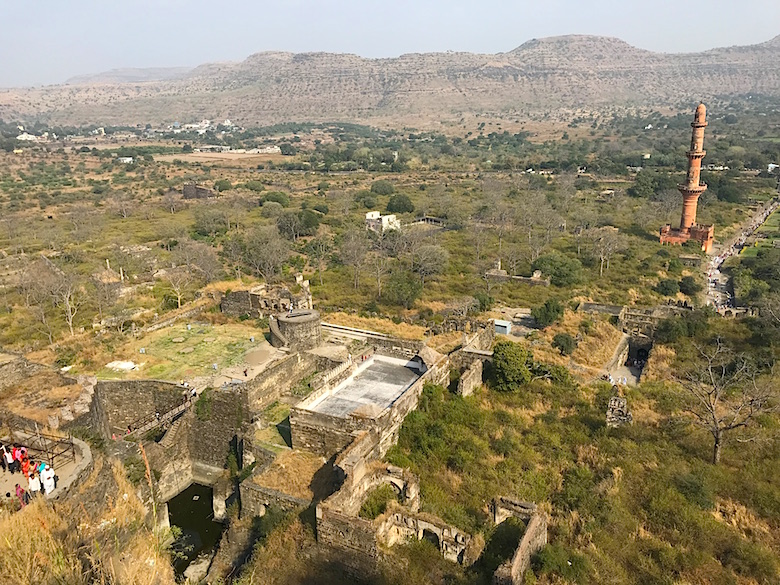