Akko is an ancient port city in the northern district of Israel in Galilee on the coast of the eastern part of the Mediterranean Sea. The old town, the most interesting part of the city, is located on a landmark at the northern edge of the bay of Haifa and is surrounded by a fortress. While the the old town is almost exclusively inhabited by Israeli Arabs and is one of the most oriental cities in Israel, the rest of Akko is inhabited by Jewish Israelis. Akko can easily be visited from Tel Aviv on a day trip, as you can take a direct train from Tel Aviv to Akko that lasts around 90 minutes. The train station is located around 1 km from the old town, so you can either walk or take a bus to the old town. Here are my personal top things you have to see in Akko:

The old town of Akko is particularly impressive for its Ottoman-era fortifications built on the foundations of the ancient cruiser fortresses. If you are entering the old town on the northern edge , you can already see the large walls, bastions and fortifications. A good impression of the northern fortifications is a walk along the city walls. In addition to the northern wall, there is also an eastern and a western seamark against which the surf of the sea strikes. 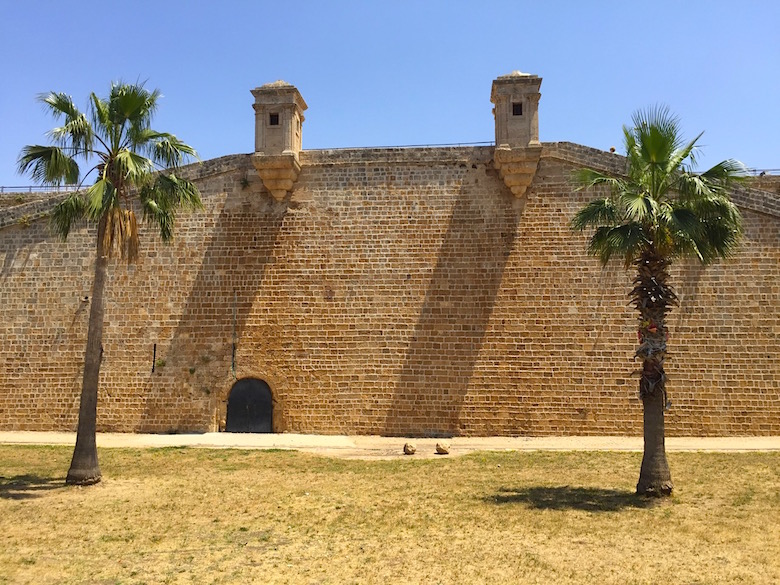 El-Jazzar Mosque is located at the El-Jazzar -Street within the walls of the old town of Akko and is named after the Ottoman governor Cezzar Ahmet Pasha. It is an excellent example of Ottoman architecture that blended Byzantine and Persian styles. Some of its components are the green dome and the minaret, a sable green roof next to its stairs and a large backyard. El-Jazzar Mosque, which dominates the skyline of Akko, is also known as the White Mosque, because of its former silver-white dome, that was painted in green in the meantime. The Mosque is the largest mosque in Israel outside Jerusalem. 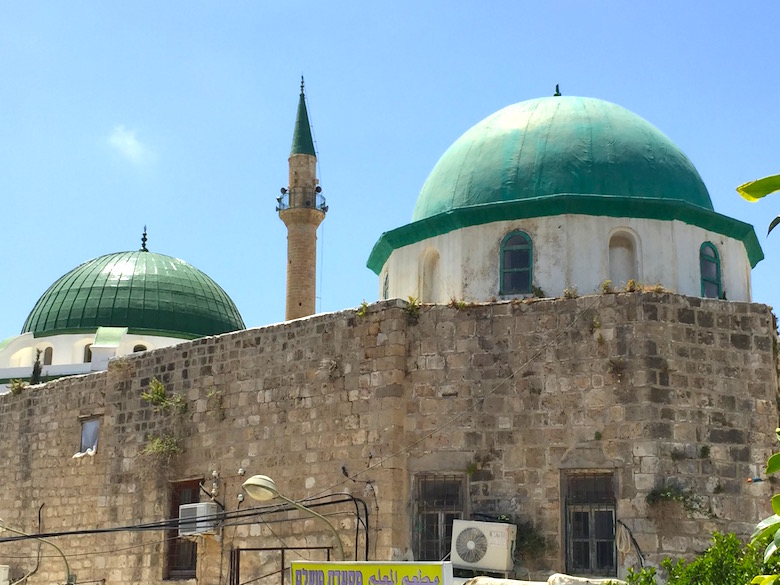 The citadel of Akko, created during the period of the crusades, is an Ottoman fortification built on the foundation of the citadel of the Knights Hospitaller. In the beginning of 1930 parts of the palace were cleared and  further discoveries and systematic excavations followed in the 1960s. The most interesting parts of the citadel are the Palace of the Crusaders, the prison, the central courtyard and the refectory. 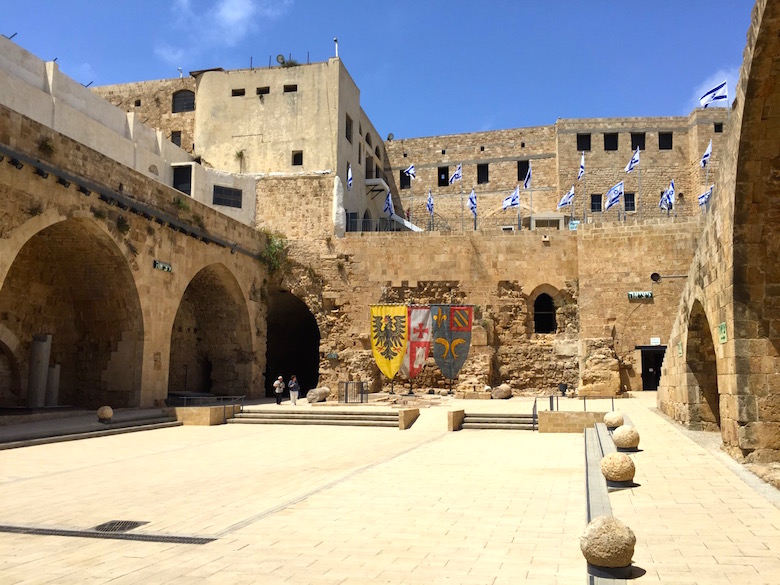 Surrounded by the stunning amazing architecture of the historic old city, Akko’s old market awaits you with wonderful selection of authentic Middle Eastern goods, from buckets of spices to delicious Arab pastries and desserts. It is a great little place to check out some local products at local prices. 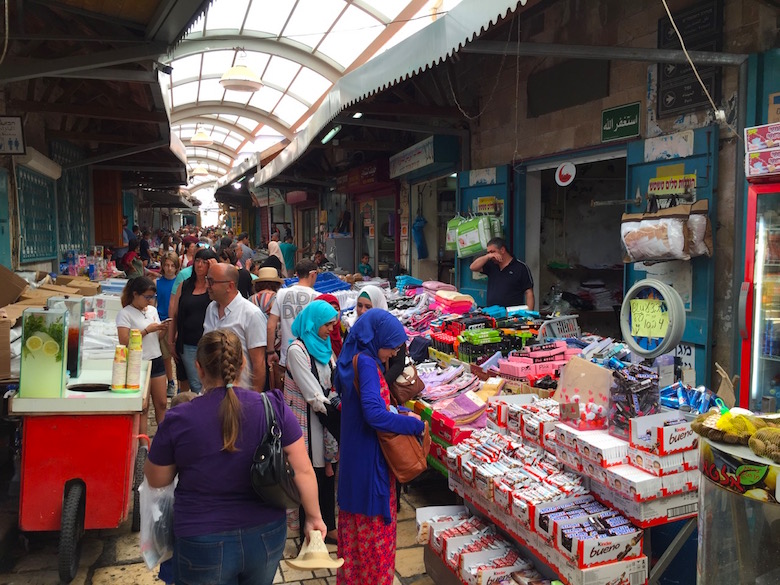 The modern lighthouse is located on the south-western corner of Acre, near the base of the Ottoman tower “Burj El Sanjak”. From there you have a great views on the City Walls and St. John Church, an 18th century Catholic church, which was built over the ruins of the 12th century Crusaders church (St. Andrews), which was part of the Templars fortress complex. 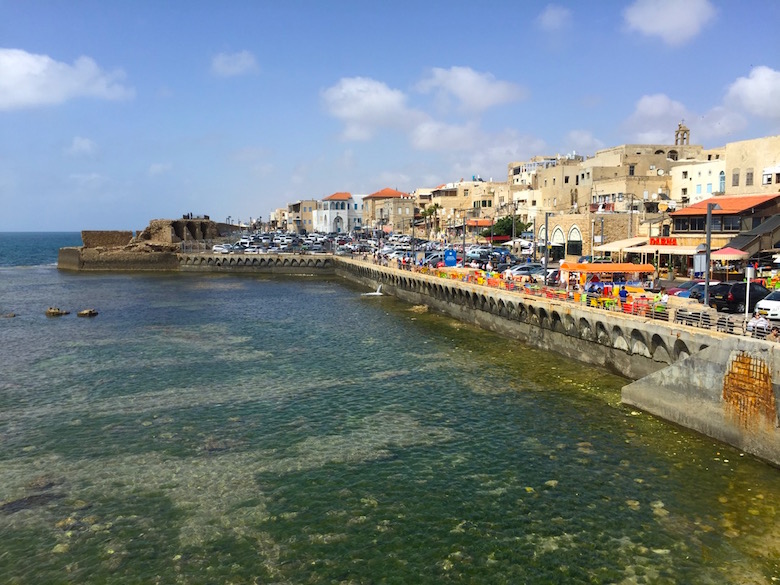 Even if all the attention is put on the beautiful El-Jazzar Mosque, there are two other mosques in the Old Town that you need to see. With their green colors and surrounded by palm tress Sinan Basha Mosque and E-Ziatune Mosque are ideal for a nice picture. 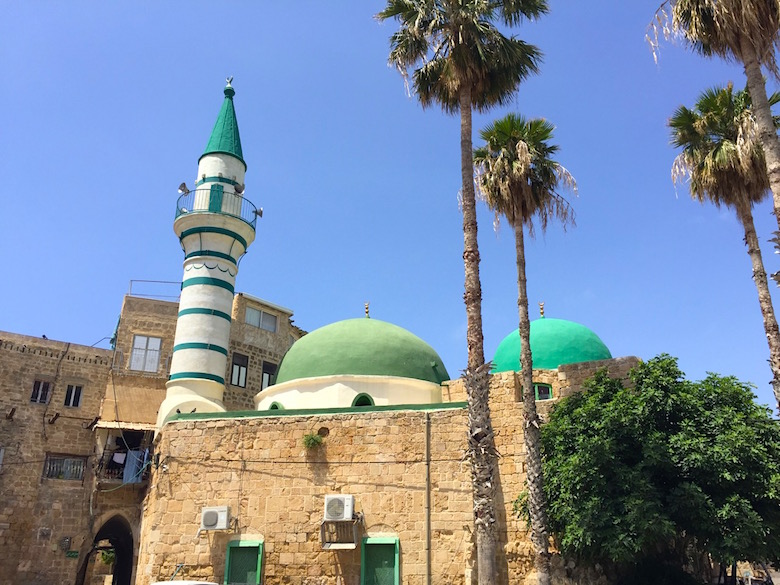 Directly opposite the entrance to the Turkish bath house is the famous Templars Tunnel. The 350-meter-long tunnel, which leads from the Templar fortress to the port, was discovered only by chance during the repair of a water pipe. You can walk along the tunnel, but be aware that the ceiling and the walls are quite narrow and low at some parts. 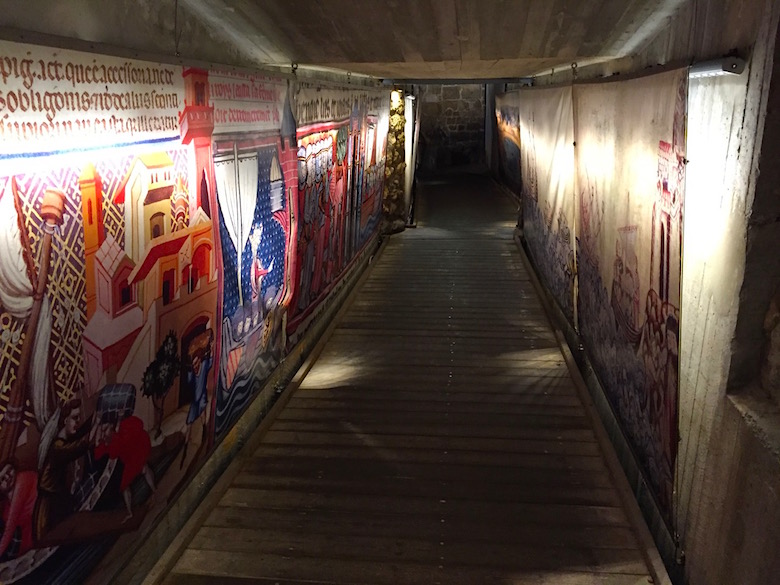