Agra is a city in the state of Uttah Pradesh in the central region of India. The city lies on the banks of the river Yamuna and has more than 1.7 million inhabitants. Agra was the capital of the Mughal Empire from 1526 to 1648 with some interruptions. At that time it was one of the most powerful and magnificent cities in the world. With the decline of the empire and the transfer of the capital to Delhi, Agra lost importance. Today Agra is a highlight on every trip to India, as you can find the world famous Taj Mahal in the city. Agra is not very appealing as it is a busy and hectic industrial city. Though you can easily spend a few days visiting the Taj Mahal and other magnificent places. I spent three full days in the city and had enough time to visit the most important sights. Here are the five best things to see in Agra:

The Taj Mahal stands as a unique symbol of love. It was built by the Maharaja Shah Jahan as a souvenir of his favorite wife Mumtaz Mahal, who died at the birth of the 14th child. Construction started in 1631 and was completed in 1653. A total of 20,000 people worked on it. The Taj Mahal stands on a 100 m by 100 m marble slab. It is a 58 m high and 56 m wide building surrounded by a 18 hectare garden. An elongated water basin is the center of this garden. Four minarets are built around the main building. The building consists of 28 different types of gemstones and semiprecious stones that have been inserted into the marble. In 1983, the Taj Mahal was declared a World Heritage Site by the UNESCO and is one of the 7 modern wonders of the world. Keep in mind that every Friday the Taj Mahal is closed to the public. 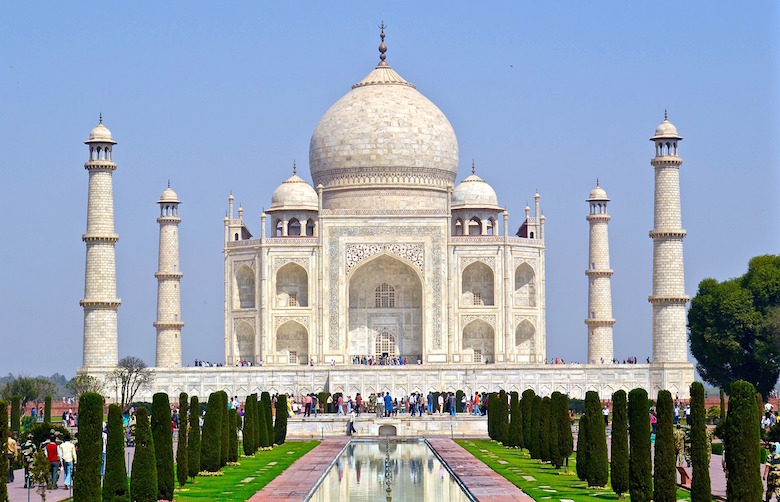 The Red Fort in Agra is a huge fortress and palace complex in which three generations of Mughal emperors celebrated their power and glory. The construction started in 1565 under the Emperor Akbar the Great. The complex is located on a hill on the banks of the river Yamuna. The fortress has a crescent shape and is surrounded by a huge wall. The wall is 20 meters high on average and about 2.4 kilometers long. By using red sandstone as a building material, the entire fort shimmers rust-red. Behind the defensive fortress walls you can find numerous palaces and mosques. The gardens inside the complex form a delightful landscape addition to the buildings. You need at least two hours to visit the whole complex. 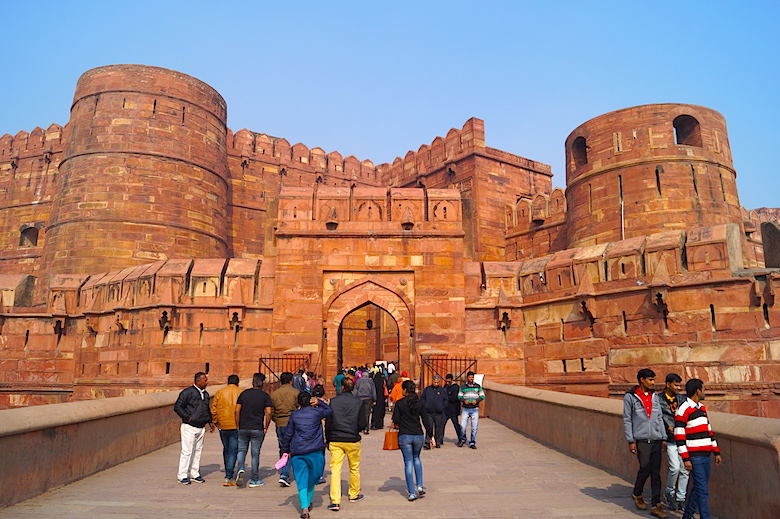 The Itimad-ud-Daula mausoleum was built between 1622 and 1628 by Nur Jahan, the main wife of the Mughal Emperor Jahangir, for her father Mirza Ghiyas Beg. As a precursor of the Taj Mahal, the Itimad-ud-Daulah mausoleum has a number of architectural and decorative features: the whole surface of the building in white marble, the corner towers in the shape of minarets, the richness of semi-precious stone encrustations and the floral motives. 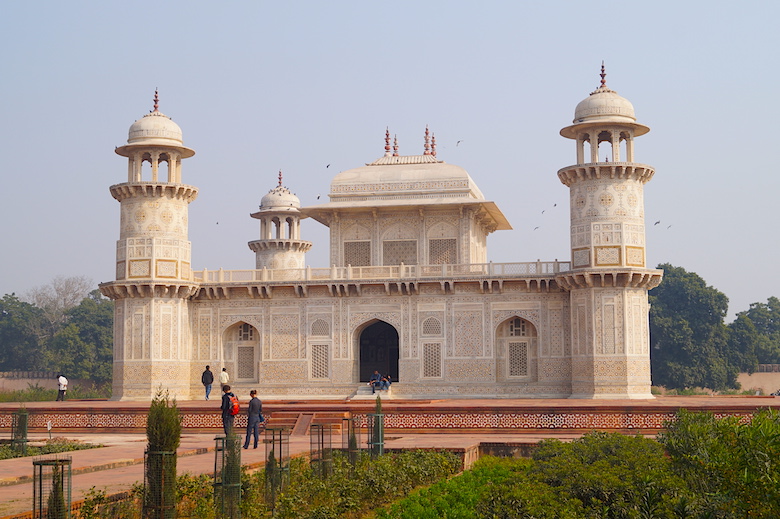 Just opposite the Taj Mahal on the northern bank of the Yamuna river, lies a small, somewhat unknown green oasis. The garden of Methab Bagh offers great views of the Taj Mahal, especially at sunset. 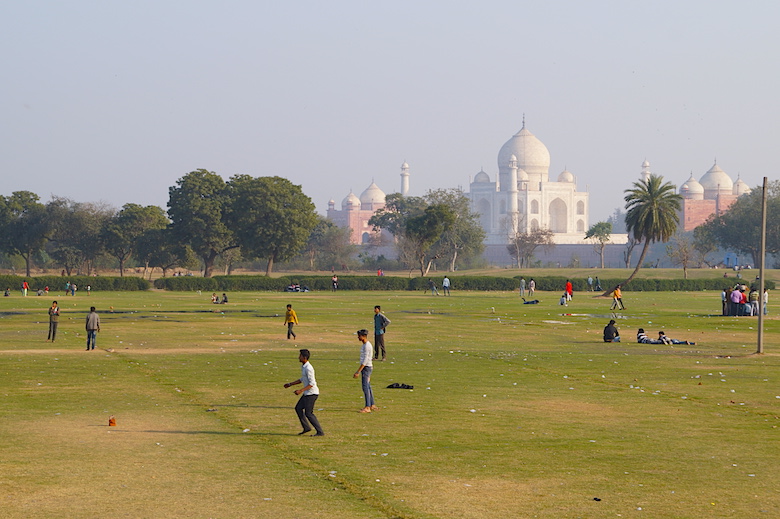 About 40 kilometers west of Agra you can find the former capital of the Mughal Empire Fatehpur Sikri. The founding of the city goes back to Akbar the Great, who built numerous palaces and mosques between 1569 and 1574. Just as fast as the political center was built, the city was abandoned in 1585. The reason given today is the lack of water supply. What remained was Fatehpur Sikri, an almost perfectly preserved Mughal city. One of the most impressive and well-known buildings in Fatehpur Sikri is the Panch Mahal. The five-storey palace can be found northwest of the sleeping chambers. A total of 176 columns carry the magnificent building. Presumably, the palace was formerly used by the court ladies. You can easily visit Fatehpur Sikri on a day trip from Agra. You need at least three hours to visit all the most important sights. 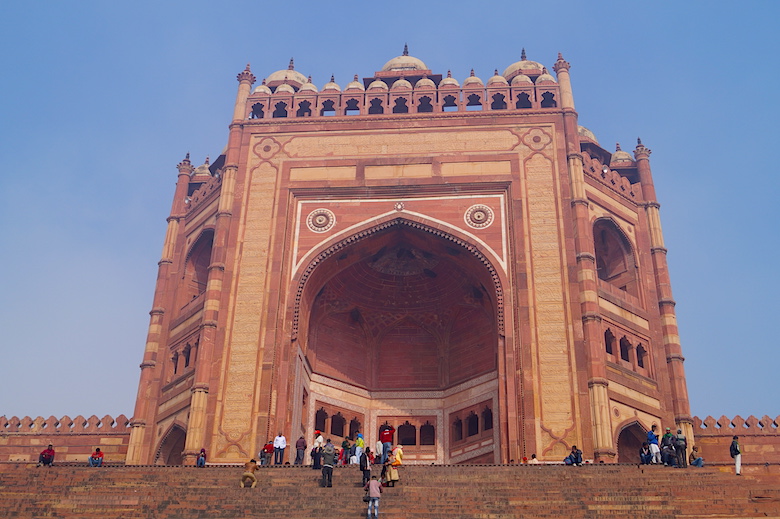