Magnificent beaches, ancient temples, traditional tribes and vibrant cities – Thailand has a lot of highlights to offer. I’ve been to Thailand several times, but my first trip to Thailand was something very special, as I explored the country with my sister and my parents in a rental car. From Bangkok we travelled north via Sukhothai to Chiang Mai and the Golden Triangle. Then we explored the highlights of the smaller towns Nan and Pai. Finally I relaxed a few days on Koh Phi Phi Don. All in all it was an exciting trip on which we were allowed to visit great sights and marvel at a wonderful nature. Here are the 10 top sights and places that I enjoyed the most on our one-month trip through Thailand.

The city of Sukothai is located about 440 kilometers north of Bangkok and is famous for its beautiful Sukhothai Historical Park. It is surrounded by a city wall and houses numerous temples and palaces from the 13th and 14th centuries. One of the most impressive buildings is the temple Wat Mahathat with its impressive 8 meter high Buddha statue. Outside the city walls, 200 more temple ruins can be visited. 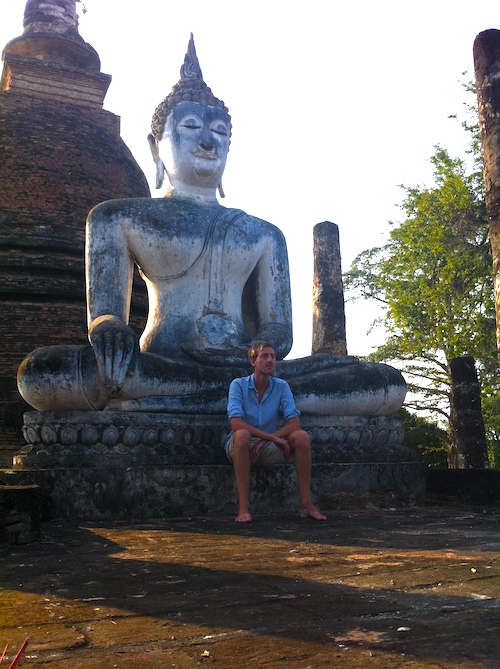 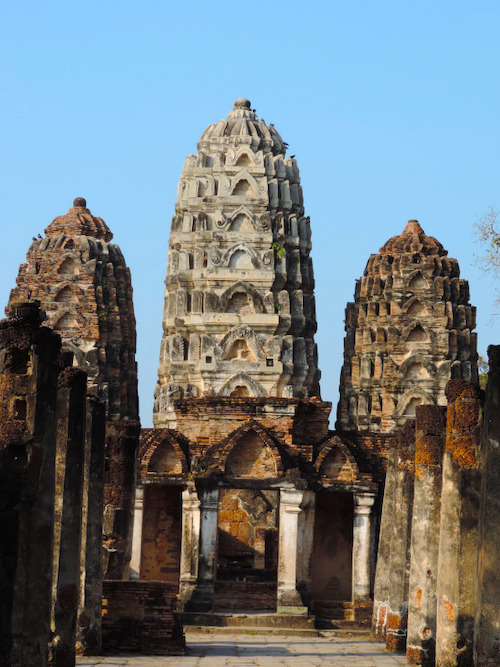 Ayutthaya is located about 80 km north of Bangkok and is the former capital of Thailand. Although the city was almost completely destroyed at the end of the 18th century, there are numerous temples, chedis and Buddha statues to admire. Among the most impressive sights are the Wat Mahathat, the Wat Chai Wattanaram and the reclining Buddha Sai Yat. 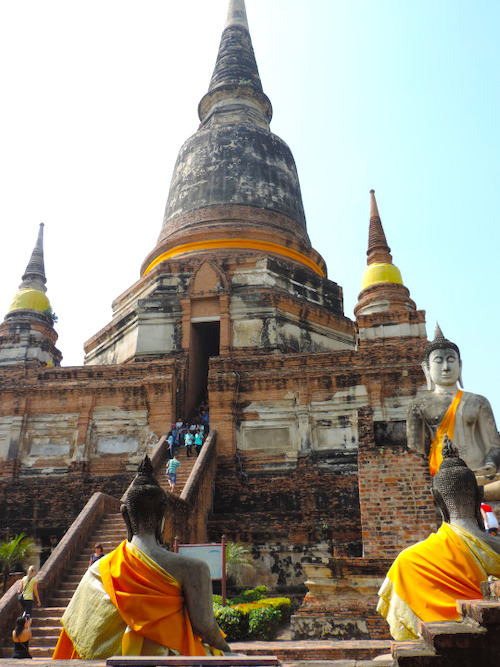 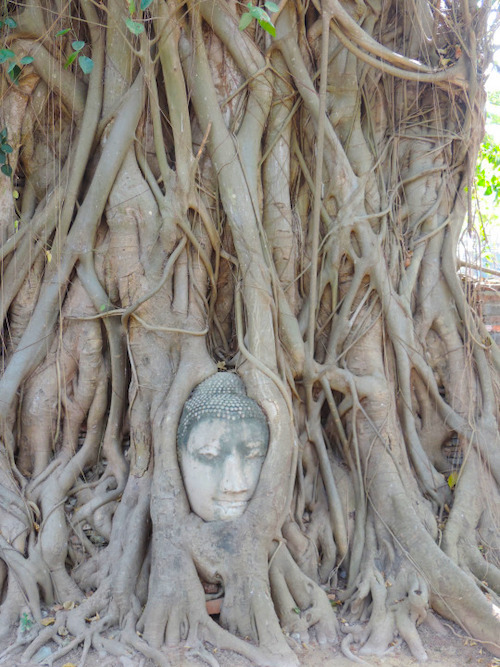 Chiang Rai’s most beautiful sight is without doubt the white temple Wat Rong Khun. The white color is supposed to symbolise the purity of Buddha. Inside the temple are various Buddhist paintings and pictures from superhero comics such as Batman, Spiderman and Superman. Impressive are also the numerous hands coming from the depths of the underworld and beg for help, which can be found in front of the “Bridge of Rebirth”. 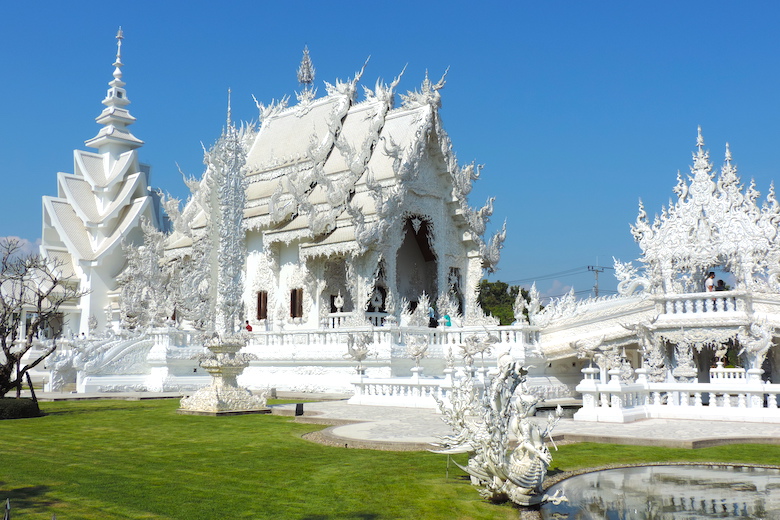 Thailand’s metropolis is a world of its own. Large shopping malls and modern skyscrapers meet centuries-old temples and traditional night markets. Bangkok has lots of sights to offer. Among the most impressive are the Royal Palace and the Wat Arun Temple on the banks of the river. Here you will find many more exciting information about the top sights in Bangkok. 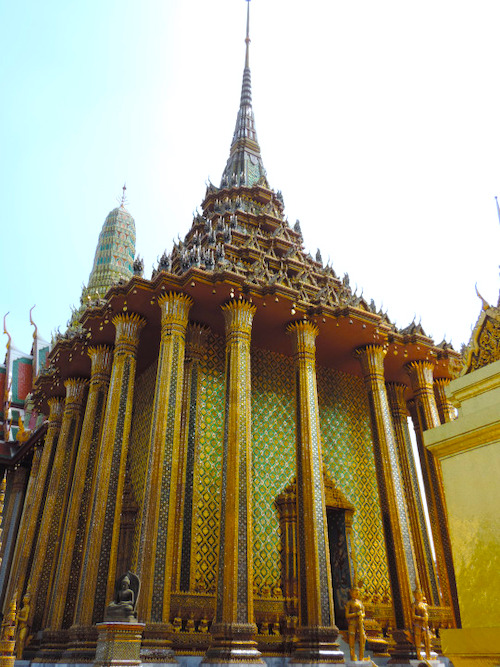 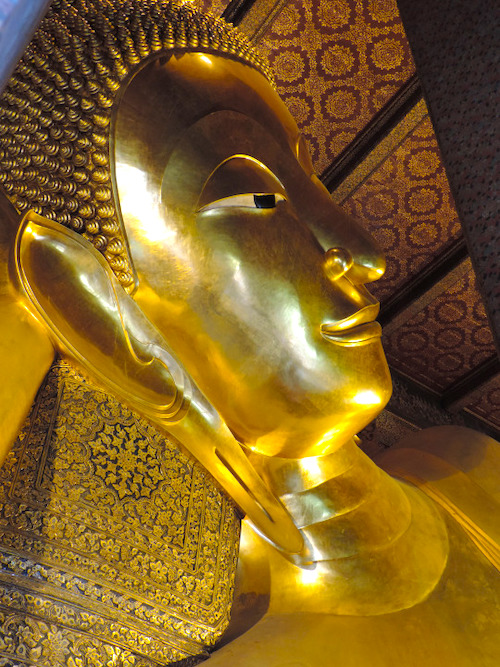 The Golden Triangle is a region on the border between Myanmar, Thailand and Laos. It was once used to grow opium poppy, which is used to produce heroin and opium. Because gold was used by Chinese traders to pay for opium grown there, the region was given its name: The Golden Triangle. Today tourists can visit numerous small villages and take a boat trip on the Mekong River between the borders. 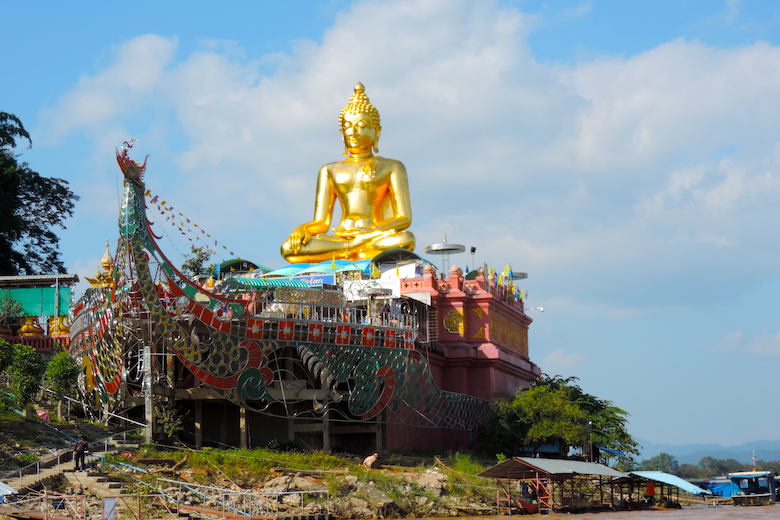 The sleepy and enchanting town of Nan in northern Thailand is visited by very few tourists. Thanks to my sister, who lived in Nan for 1 year, we got the opportunity to visit this hidden jewel. Among the most interesting sights are the National Museum of Nan and the temple Wat Ming Muan. I also recommend a visit to the authentic city market in the morning, where you can watch monks collecting alms. 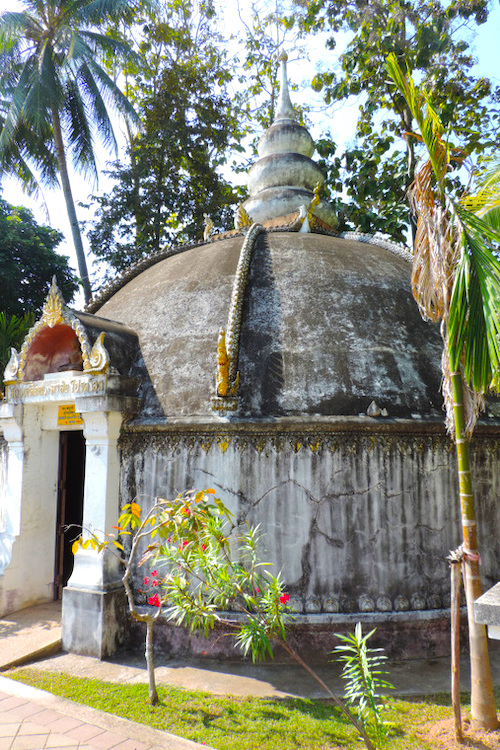 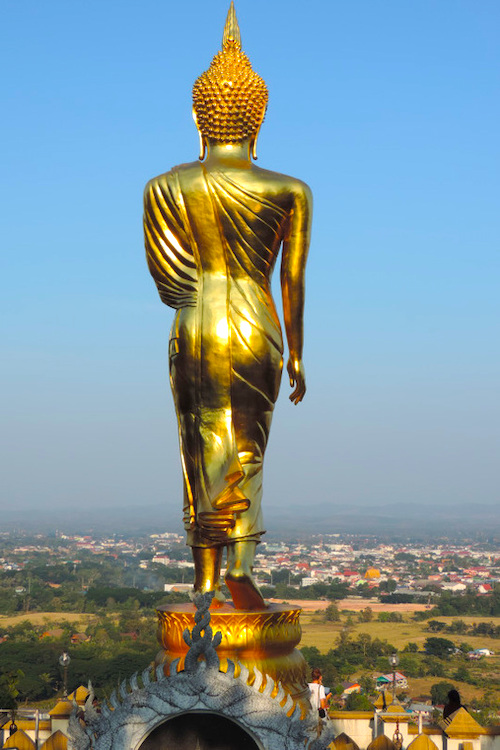 Koh Phi Phi is a group of islands in the Andaman Sea and known for its beautiful Maya Bay from the movie “The Beach” with Leonardo di Caprio. The main island Koh Phi Phi Don attracts masses of tourists and is also known as a party island. it might not be the most relaxed island, but its wonderful sandy beaches, crystal clear turquoise water, coconut palms and fascinating limestone cliffs make Koh Phi Phi a true island paradise. 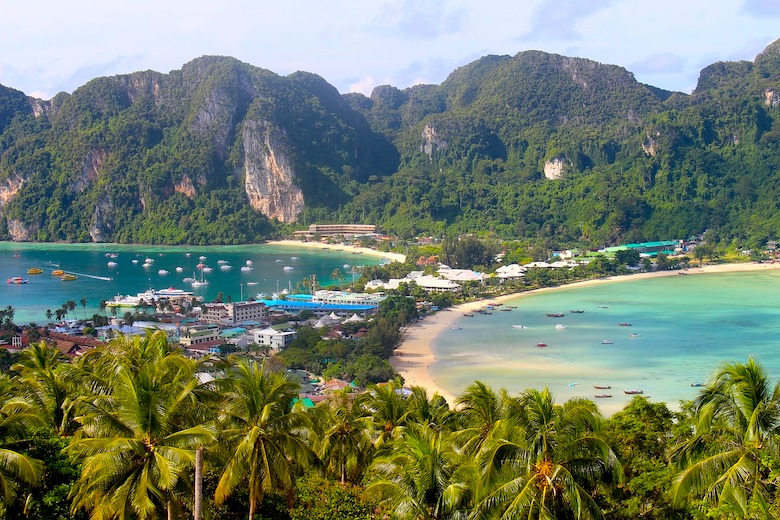 About 60 km north of Bangkok lies the summer palace Bang Pa In. The palace served as the king’s summer residence until it was destroyed during the fall of the kingdom of Ayutthaya. In the 19th century the palace was restored by King Rama IV. The palace complex is surrounded by a high wall and houses numerous towers, palaces, ponds and watercourses. Highlights include the Ho Withun Thasana lookout tower and the Aisawanthipphaya pavilion. 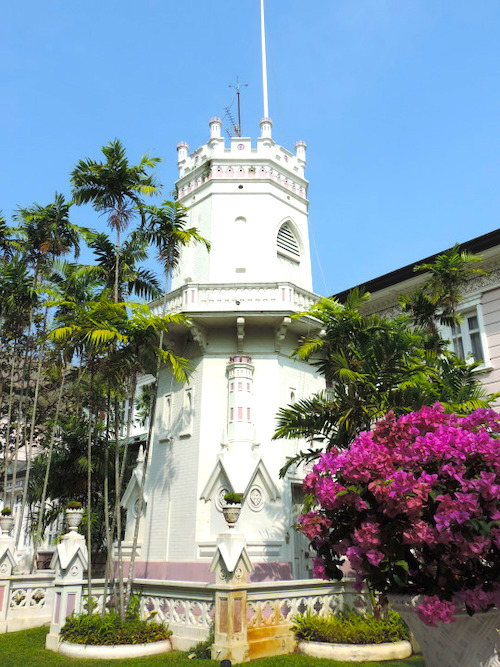 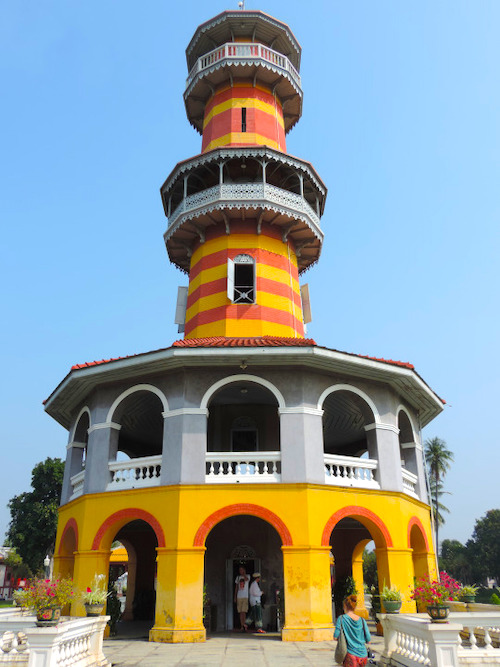 The old royal city of Chiang Mai attracts more and more visitors. Tourists love Chiang Mai’s charming old town, its numerous beautiful temples, its culinary variety and its relaxed atmosphere. The surrounding area with its untouched nature and the mountain temples is definitely worth a visit. Among the highlights in Chiang Mai are the temple Wat Chedi Luang and the temple Wat Phra Singh. 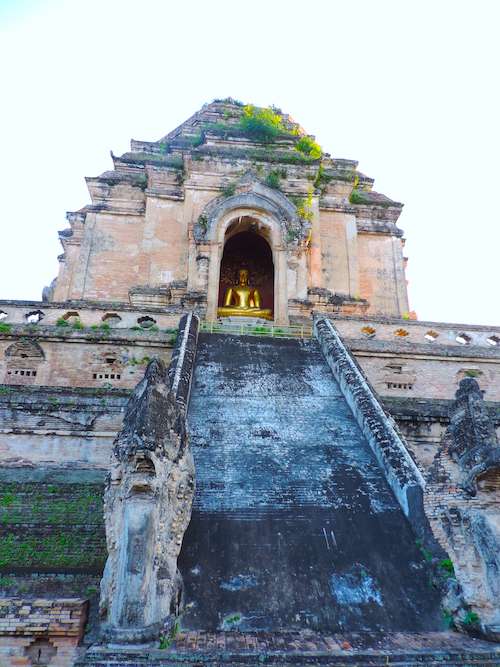 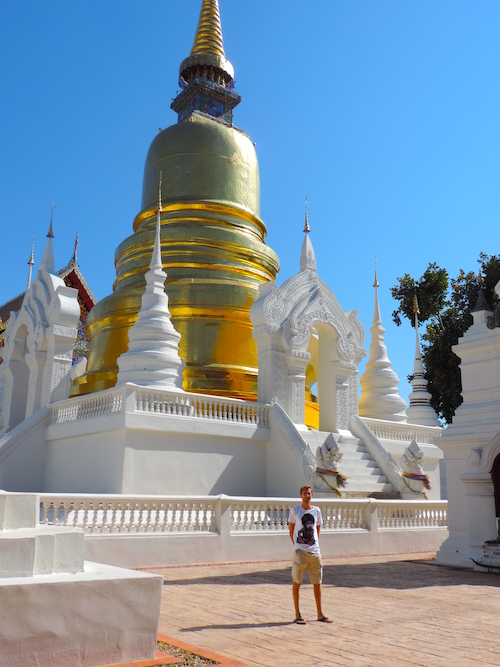 Picturesque mountain landscapes, dense jungle and a romantic city centre – Pai has a lot to offer. Pai is also a true paradise for active holidaymakers, because besides kayaking and rafting, there are many great hikes to do. Among the most impressive cultural sights are the Buddhist temples Wat Phra That Mae Yen and Wat Luang. 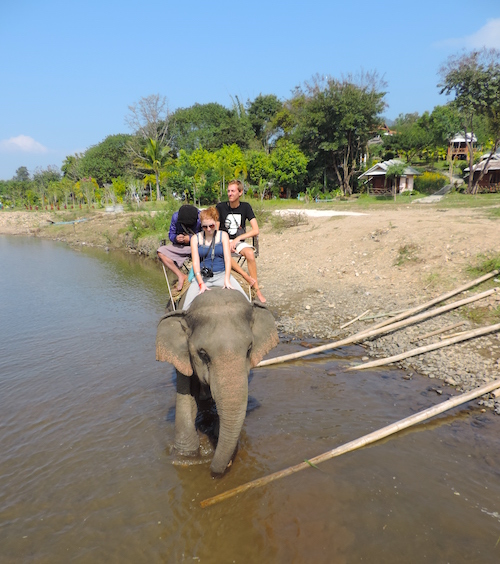 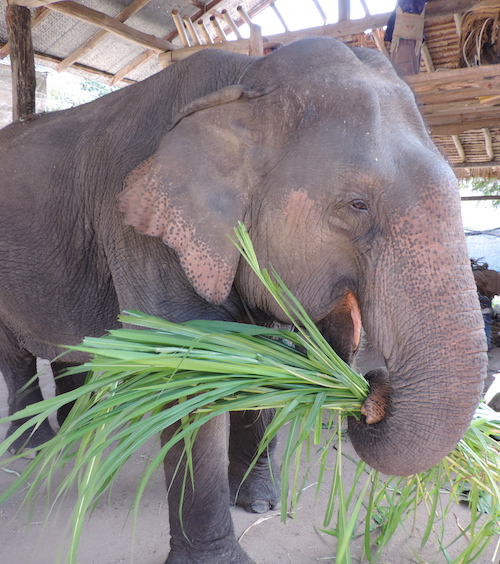 1 Day in Seattle – The Perfect One Day Itinerary